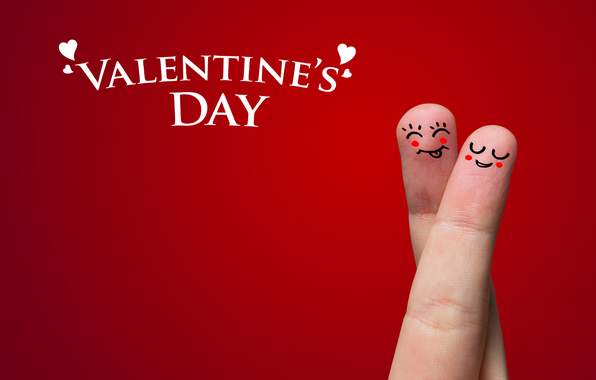 February is often seen as the month of love due to the celebration of  Valentine’s Day. But for relationship and lifestyle blogger, Kwadjo Panyin, it is not all love as he shares 6 reasons why he hates the month. So, we are officially in February. Arhhhhhh! What is up with this month anyway?  For starters, this month can never seem to make up its mind on how many days it should have. Every four years, we get caught off guard because there is another day tossed in. Just make up your mind already, February. Do you want to have 28 days or 29 days? It’s the shortest but I’ve found it to be the longest and most annoying month of the year. Now before you start thinking this is a single man’s rant against valentine’s day and worrying if I need to go see a priest or a village medicine man, please take a deep breath and hear me out first. Let me start by declaring that February screws with everyone regardless of your relationship status. #1. February screws with men who are broke. The month of February usually starts off with quotes such as these on social media.

“If he tells you he does not believe in Valentine’s day, just know he is broke. *Actual quote stolen from a friend on Facebook and I’m sure she will come after me :).

Seriously, It’s the first day of February!  You’re already asking other women to label men who do not believe in valentine’s day as broke? Who made up these rules? When did we cross the line into the murky world of men needing money on valentine’s day to prove their love for women? #2. February is a good month for the capitalist, restaurants and the profiteers to screw people out of their hard-earned cash. I can’t blame some women for connecting money to love though. Have you been to the shops lately? I stopped by Walmart and Target last week and both stores were filled with roses, heart-shaped chocolates, stuffed animals, hallmark cards and all kinds of love dovey stuff. The endless aisles of valentine goodies can be simply too much to handle sometimes.  One has no choice but to spend money in February to show love. We are constantly being reminded that love is in the air but it won’t come down unless you take out some cash. #3. February screws with those who are in loveless marriages and relationships. Let’s consider another group who may feel screwed in February. There are women out there who are still married to men who have fathered children outside the marriage. There are women in relationships today who face abuse often. There are women in relationships whose only role is to cook, clean and take care of the kids.

Women in loveless relationships and marriages won’t find a valentine card with wordings which reflects their stories.

They are in relationships and marriages alright but the hallmark cards, heart-shaped chocolates, stuffed animals and the roses will not show the realities of their relationships. #4. February screws with single people big time! We already know February messes with single people. If you are single, you may hate your life a bit more in February. Why won’t you? Most of my fellow singles will join me in celebrating a no valentine’s day in our pajamas on the couch with a big tub of ice cream, some liquor and a bag of chips.  Let’s take comfort in the fact that all that leftover chocolate will be priced half-off on February 15th. #5. February screws with those struggling in their relationships. If you’re in a struggling relationship, February will remind you of all the bitterness, resentment, heartbreak and the hurt you’ve endured. This month will make you think of the “what if?” longer and harder. If he has cheated on you, a greeting card and some chocolate in February will not undo the hurt. The stuffed animals will not restore the intimacy after she has already had an affair. #6: February screws with couples in a new, good, established and normal relationships. If you think February only messes with singles, those in crappy relationships and loveless marriages, you may want to reconsider your stance. February messes with those in happy and committed relationships more and here is why. For starters,  I’ve heard many female friends express disappointment over their man not proposing on valentine’s day.

“Everything is going so well so why didn’t he take advantage of this month to propose to me?”

Here is the thing with people in good relationships. Many and if not most, test the health of their relationship or marriage and gauge their happiness based on whether their expectations were met on valentine’s day. For example, if the man does not do enough, some women may develop a level of disappointment which can be very difficult to get rid of. Unmet expectations can easily snowball into other issues. I know men whose partners refused to sleep with them for weeks following valentine’s day because they did not meet “expectations.” It gets worse if the relationship is new and this is the first valentine. New lovers have no clue what the expectations are so the pressure is cranked all the way up. Established couples do not escape the pressure to impress either. When I was in a relationship in February,  I will start looking to reserve a good restaurant weeks before valentine’s day. All the good restaurants will be booked solid so the race to secure a good seat starts early. If one wants to meet set “expectations” for Valentine’s day, you have to tow the line and cover almost all these areas: get red roses, buy the heartfelt Hallmark cards, a box of chocolate, an expensive gift, dinner at an exclusive restaurant and a stuffed animal if you want to add some extra spice. As you can see, February screws with almost everyone. Perhaps you can understand why I have no love for this month. The good news is, there are only 26 days until March! Yayyyyyyyy! By Kwadjo Panyin  ]]>
Related Topics:
Up Next

Are you an Upcoming Film or TV Producer; Miracle Wave International will help realize your dream.

Sarcasm definition and examples in literature and everyday life