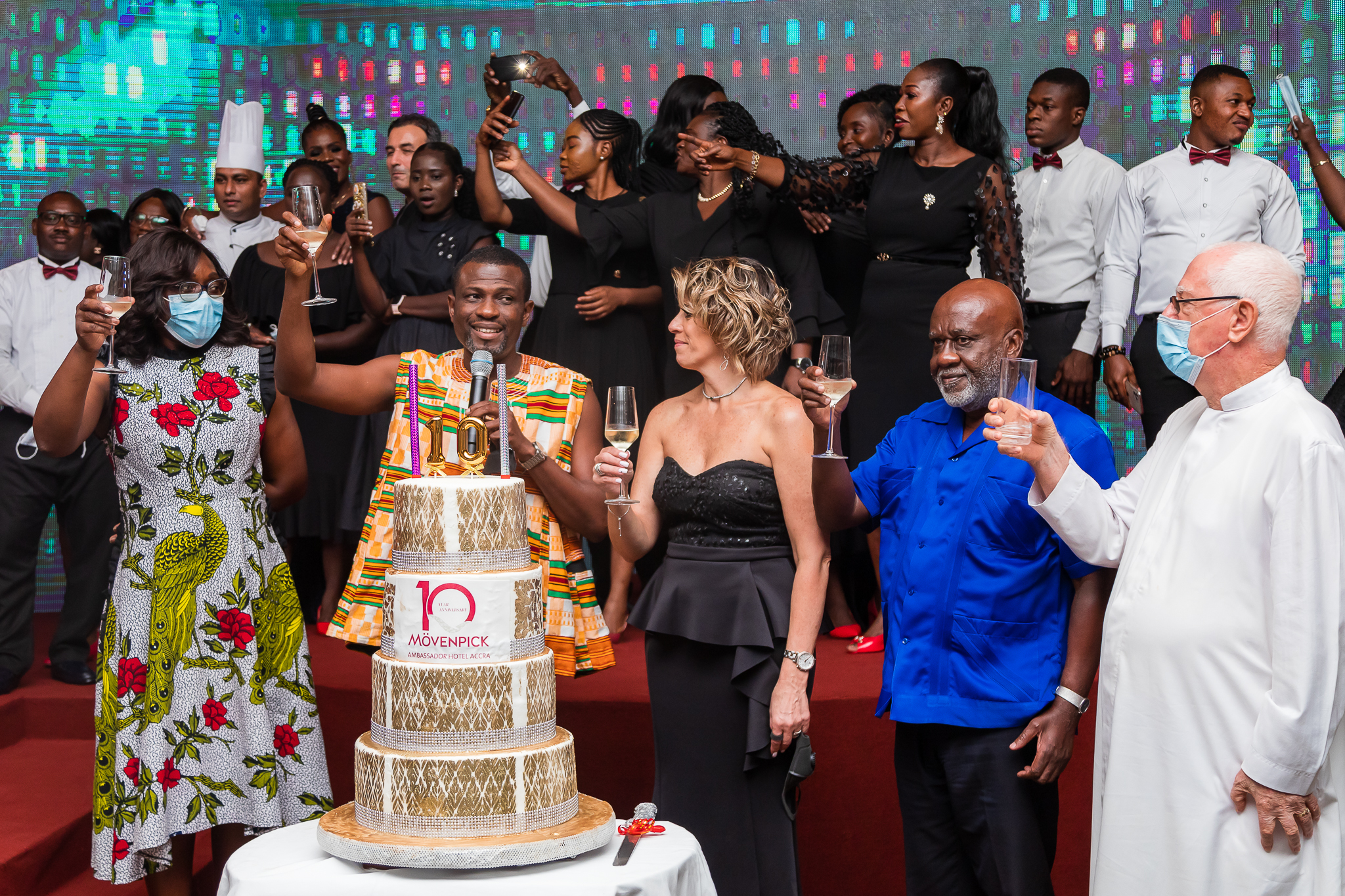 Mövenpick Ambassador Hotel Accra held its 10th Anniversary Corporate Soirée on Saturday 30 October 2021, where a glowing tribute was paid to all hardworking and dedicated team members as well as stakeholders and partners that have made the 10-year journey of the hotel a success.

Mövenpick Ambassador Hotel Accra brought together top dignitaries including members of the diplomatic community, team members, partners and several government delegations, as well as the hospitality industry players at their Mövenpick at 10 Corporate Soirée.

The 10th Anniversary celebrations, which began some months ago, follow the theme of “Doing the ordinary in extraordinary ways – 10 years and beyond”. 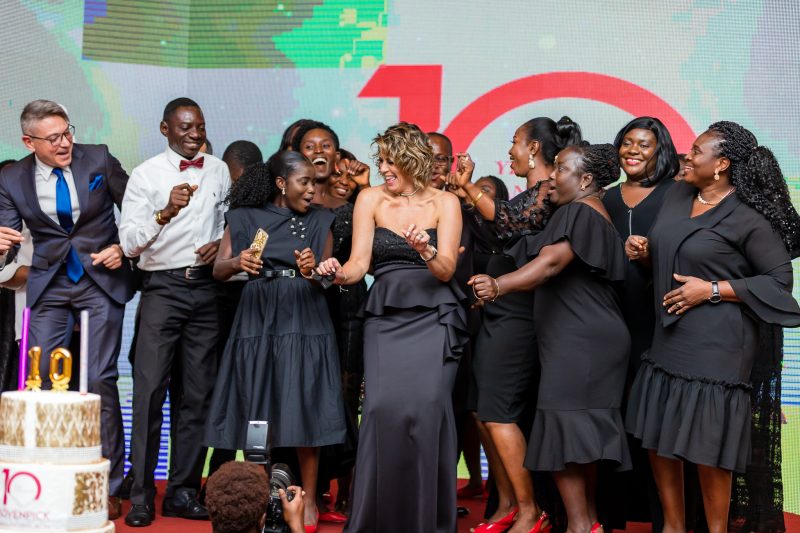 The celebrations have seen a lot of activities being undertaken, including blood donations in conjunction with the Accra Technical University, Charity Donations at the Shelter for Abused Children under the Kilo of Kindness Campaign, amongst others.

Speaking at the Corporate Soirée, General Manager of the hotel, Deborah Lee-Ann Sivertsen, expressed gratitude to Ghanaians for their warm support and affection in making the dream of Mövenpick Ambassador Hotel Accra a reality. She further acknowledged the immense support and contributions of the corporate organisations, stakeholders and her team’s passion for making real memories. 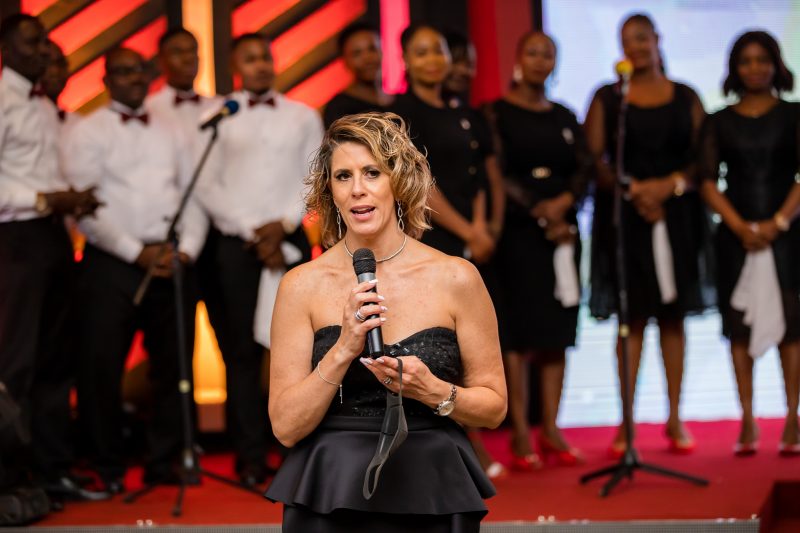 “Mövenpick Ambassador Hotel Accra strives to demonstrate quality, reliability and care and has achieved many successes since joining Ghana’s hospitality industry. For the greatest part of last year, we were deprived of sharing these commitments with you but we are grateful for this opportunity to reaffirm our beliefs that welcoming, safeguarding and taking care of guests is at the very heart of what we do and who we are,” she said. 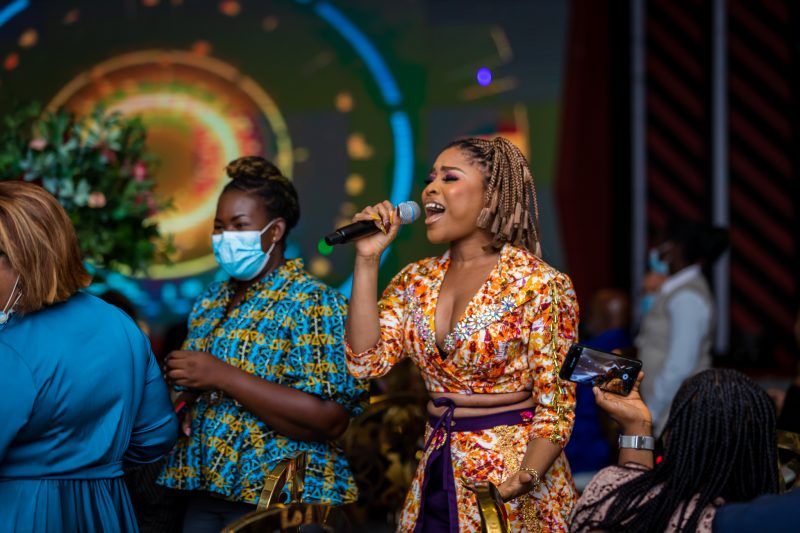 On her part, Mrs. Mawuena Trebah, the Board Chair of Mövenpick Ambassador Hotel Accra expressed her delight in the collaboration between government and the regulators for all the success achieved within the 10 years of operation. 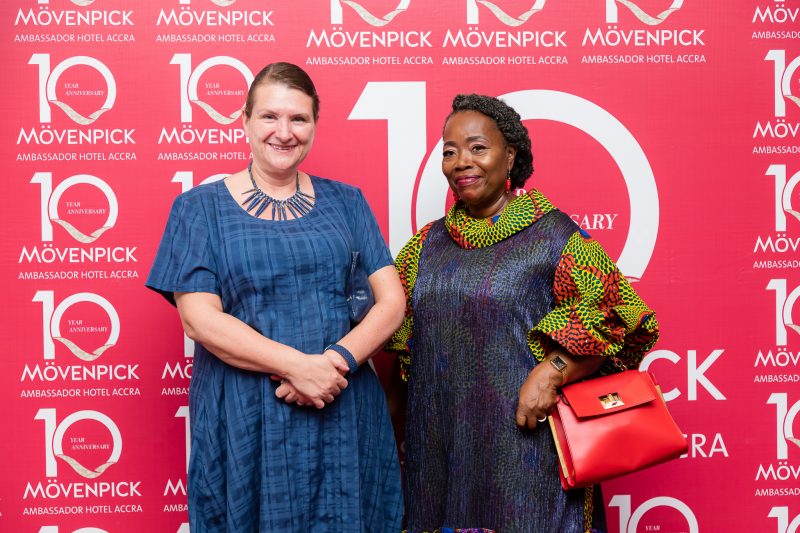 The Deputy Minister of Tourism, Arts and Culture, Hon. Mark Okraku Mantey, led the proposal of toast and the cutting ceremony of the Mövenpick at 10 Anniversary cake.

It would be recalled that Former President of Ghana, His Excellency John Dramani Mahama, who was the Guest of Honour of the inaugural celebration, officially declared Mövenpick Ambassador Hotel Accra launched on Monday 7th November, 2011 in Accra. 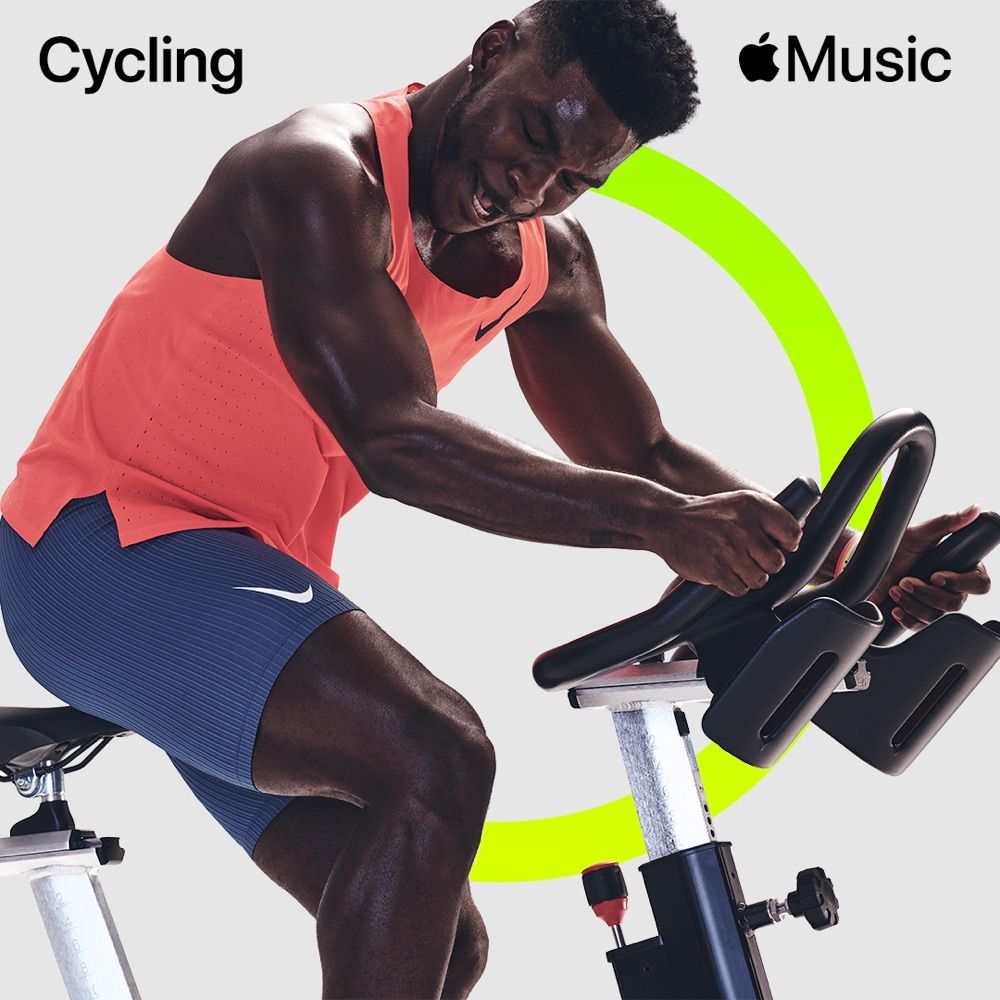 Apple Music’s extensive range of fitness playlists is the perfect motivation for achieving those new years’ resolutions. Whether you’re looking to turn over a new leaf or hoping to increase the intensity of your training, Apple Music has you covered.

“I’ve been serious about my fitness for the past few years, but I took it to a new level this year when I had to beat up a Springbok. This is my workout playlist of the past few months. I regularly update it with new tunes or tunes that I rediscover. My Apple Music playlist is also not genre-specific at all. It features pop, punk, rock and hip-hop and a few other things in between.” – Francois van Coke 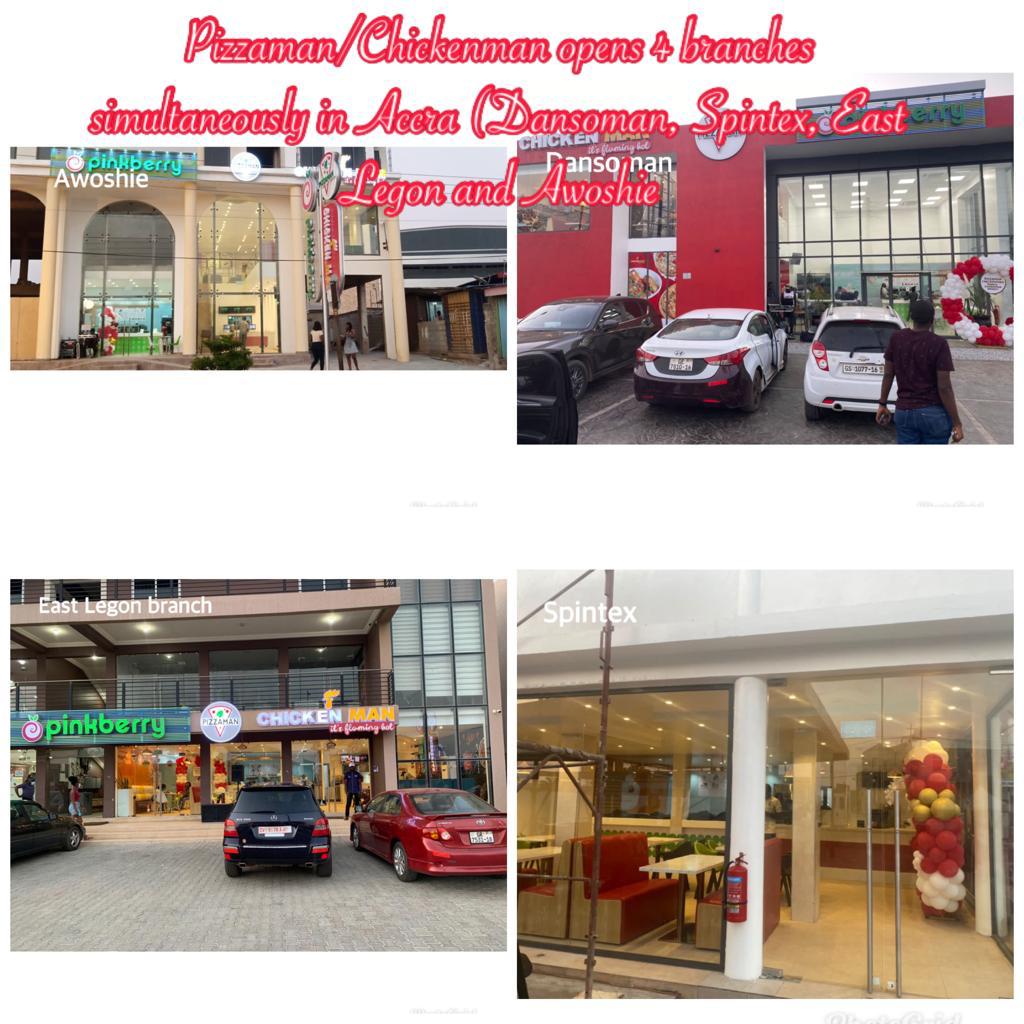 This brings to a total of  10 branches in less  than 2years of their existence.

Christian Boakye-Yiadom, a young Ghanaian man is the CEO for Pizzaman-Chickman.

The primary aim of QuickAngels is to support start ups, businesses and entrepreneurs with equity funding.

QuickCredit & investment microcredit limited is a sister company to QuickAngels and also has other businesses in  African countries such as Tanzania, Uganda ,Kenya,Nigeria,Sierra Leone, Liberia with the name “Oya” meaning quick in the Ga language. he Ghana Tourism Authority, under the auspices of the Ministry of Tourism, Arts and Culture, in partnership with the Nations Media Group are organising the 3rd edition of the Kusi Ideas Festival on the 10th – 11th December, 2021 at the Accra International Conference Centre, AICC.

This year’s conference, which will be a hybrid is under the theme; ‘HOW AFRICA TRANSFORMS AFTER THE VIRUS’, and subthemed; ‘BEYOND THE RETURN: AFRICAN DIASPORA AND NEW POSSIBILITIES.

The Chief Executive Officer of the Ghana Tourism Authority, Mr. Akwasi Agyeman, said the Kusi Ideas Festival has come at the right time to cement Ghana’s reputation as a leading business tourism destination. “We have embarked on a journey to attract meetings, conferences and events into Ghana and this partnership with NMG is in the right direction “

This year’s Kusi Ideas Festival will be opened by the President of the Republic of Ghana, H.E Nana Addo Dankwa Akufo-Addo. Other Presidents billed to speak are President Paul Kagame of Rwanda and President Yoweri Museveni of Uganda. Several business and political leaders across Africa are billed to attend.

Other sub themes are;

• Taking forward the lessons learnt from leading during the pandemic
• Technology, innovation and creating the most African wins
• Opening borders and building back tourism among others.

Kusi Ideas Festival was started three years ago by the Nation Media Group as a Pan-African platform to examine the African continents place in the world.

ISSUED BY THE CORPORATE AFFAIRS DEPARTMENT OF THE GHANA TOURISM AUTHORITY. 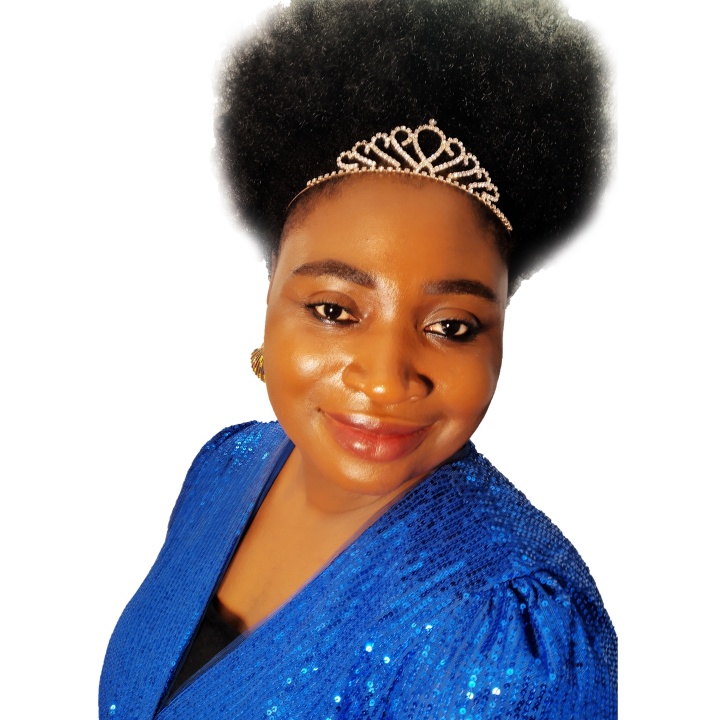 When one mention Soakat, the person who comes in mind is multiple award-winning Artiste QueenLet, the Soaking and atmospheric gospel minister, also known as Queen Leticia Kyerewaa.

In the space of one year, through Euro-African’s Favourite Record Label Debrich Group, QueenLet have released four (4) singles, the latest one, ‘Windblow’ is just one month old.

Most noteworthy, this is a collaboration featuring a Nigerian gospel minister, Jimmy D Psalmist.

Windblow have received two nominations from Rhema Awards Global 2021, the categories are best gospel collaboration song, and gospel song of the year.

Above all, a month-old song has achieved massive views on YouTube and so many powerful media houses across the world, especially Nigeria and Ghana.

Almost, major Nigeria and Ghana publishers or Bloggers published articles on the new release in less than 24 hours as the song was uploaded @queenletmusic, on her YouTube channel.

Recently, QueenLet is seen in Tiktok and Instagram videos with the programme, Music In Exaltation (MINE). Where She exalts people through music and the word of God.

Meanwhile, her genre of music called SOAKAT, which means soaking and atmospheric music is outstanding. It could be classified as very spiritual or spirit filled. 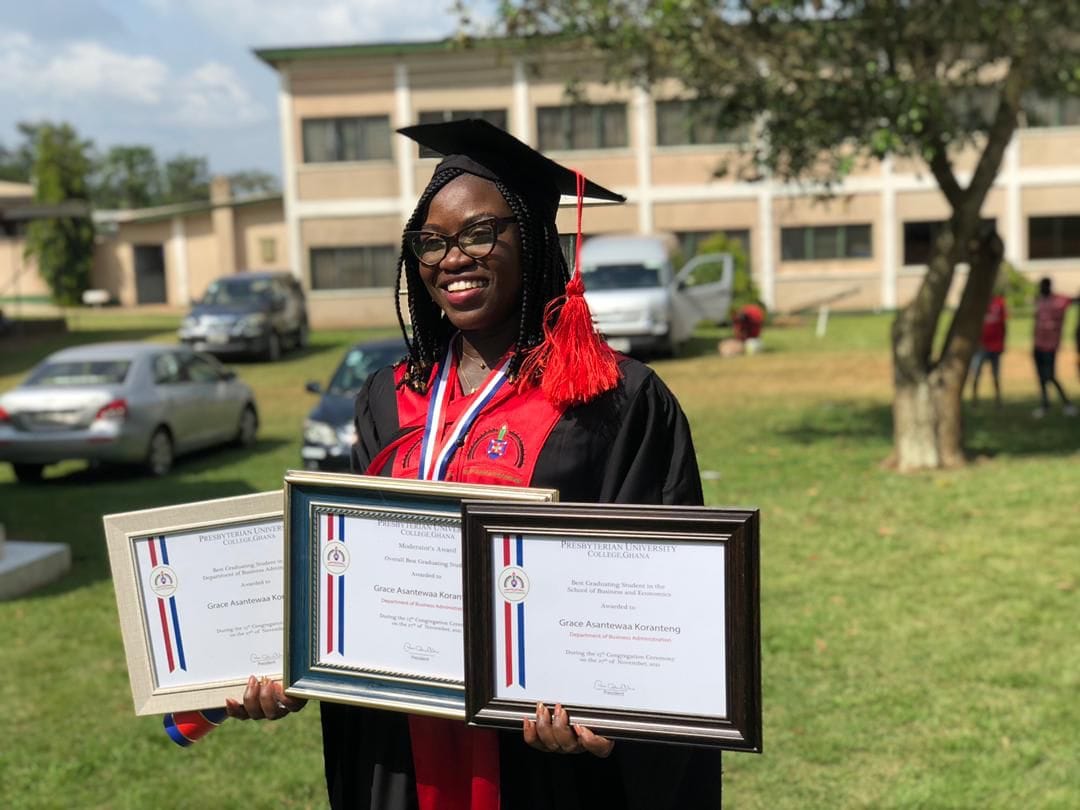 Grace Asantewaa Koranteng, an entrepreneur and owner of Grasante Collection has the internet screaming ‘girl power’ as she managed to graduate with 44As and a B+ making her the Overall Best Graduating student of the Presbyterian University College (PUC). She also bagged the most coveted Moderator’s Special Award.

She shared the occasion on her Facebook page saying:

“SO, I AM MORE THAN EXHILARATED!! At the 15th Congregation of the Presbyterian University College, Ghana, which was held on Saturday, 27th November, 2021, I graduated with a first class honors in Bsc. Business Administration (Management). I produced 44 A’s and 1 B+ out of 45 courses with a CGPA of 3.98 on a score of 4.0. This won me the most desired Moderator’s Special Award for Overall Best Graduating Student, making me the Valedictorian of the 2021 Graduating Class. In addition, I received awards for Overall Best Student – Department of Business Administration, Overall Best Student – School of Business and Economics.

It’s an honour! God, your daughter is grateful.I didn’t know such a day ever existed in my life.
My life at some point, didn’t go as planned so I thought some blessings were for some special people only. Glory be to God! To achieve this feat means a lot to me. I express my utmost gratitude to my parents, lecturers, mentors, coaches, group study mates, course mates and all the special people in my life. I couldn’t have done it without you. God bless you all so greatly. Everything you put your mind to, you can do it!” 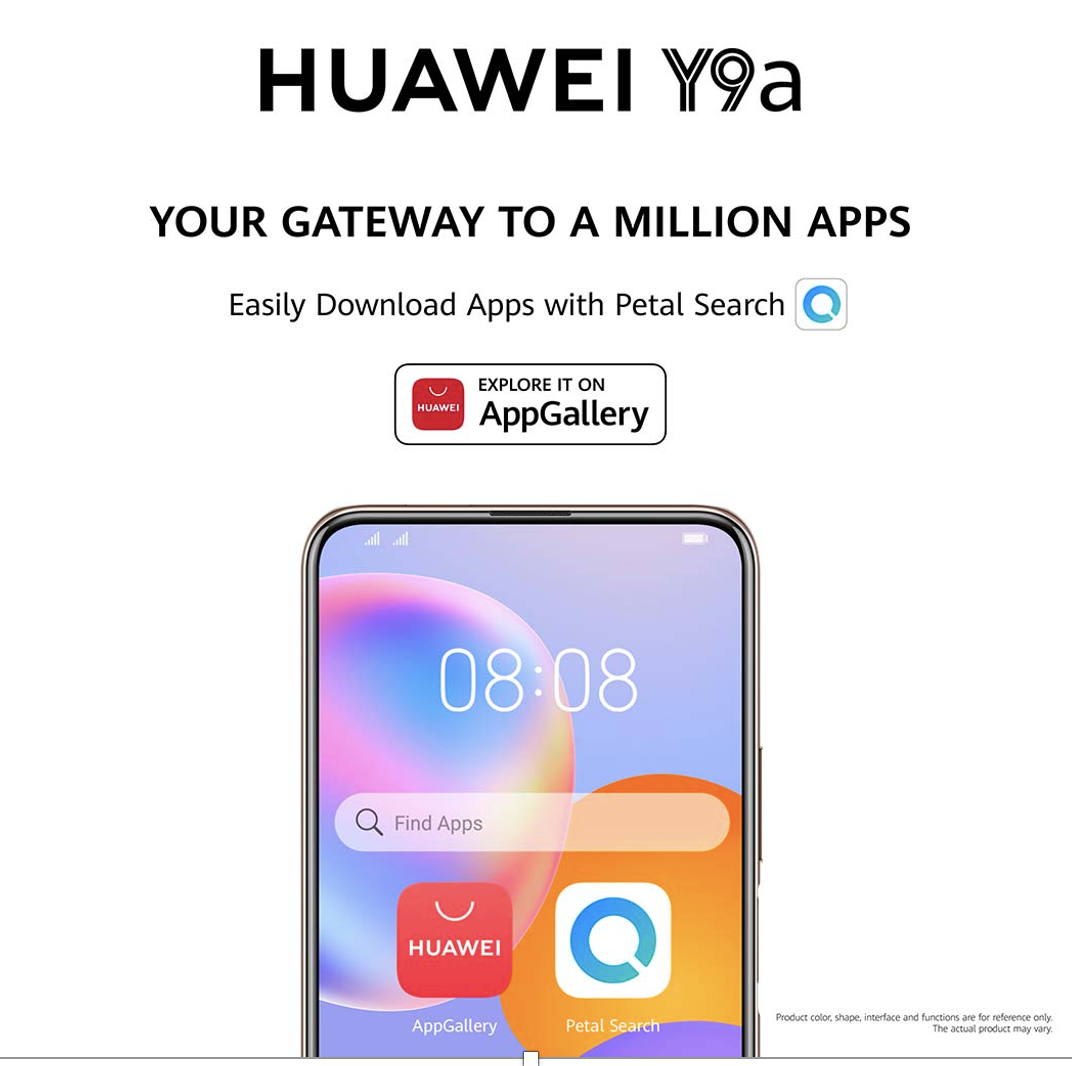 Featuring a 64MP AI Quad Camera and 40W (22.5W) HUAWEI SuperCharge, the HUAWEI Y9a has become a top player in the mid-range smartphone market and is a top-selling product. Pre-installed with AppGallery, along with Petal Search, HUAWEI Y9a users can easily download a huge number of popular mobile apps onto their phone.

TOP 3 app marketplace in the world: AppGallery has it all

As Huawei’s official app marketplace, AppGallery provides users with global top apps and services, as well as a wide variety of local quality apps. AppGallery is currently available in more than 170 countries and regions, making it the TOP 3 app store in the world.

From news to social networking, entertainment and more, AppGallery covers 18 app categories so you can enjoy a diversified selection of some globally popular apps and services.

To protect user’s personal data and security, the AppGallery has a full-cycle security and protection system, including developer real-name verification, four-step review process, download and installation protection, as well as a prevention mechanism for app operation.

Search and Download things you want through Petal Search

As a search engine, Petal Search has two major features – generic search and app search. Through these you can explore apps, news, images and more. Petal Search lists apps from multiple sources, including AppGallery.

This search and download process can be done with only two steps:

Other than downloading new apps, users can get updates for existing apps from Petal Search. Just go to Me -> Downloads -> Updates, and select an app to get the update.

In addition to app experience, the HUAWEI Y9a appeals to a range of consumers with three colour options: Midnight Black, Space Silver, and Sakura Pink, and has 8GB RAM and 128GB storage, priced at GHS1759

MultiChoice and Africa Magic Announce the Eighth Edition of the AMVCAs