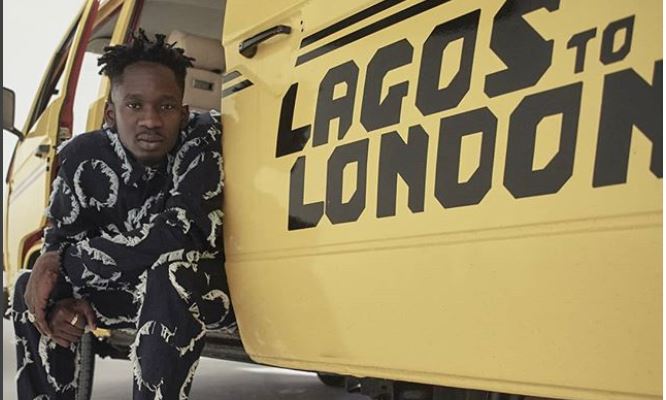 According to Mr Eazi, the new project, which was recorded during his tour around the world in the past years, features beat makers from Zimbabwe, Ghana, Nigeria and the UK.
Lady Donli, neo-soul/alternative artiste, is featured on “Lagos Gyration”, the intro of the mixtape, while Simi joins the Banku Music head honcho on “Surrender”. “Miss You Bad” is an exciting collaboration with dancehall/afro fusion star, Burna Boy. Ghana’s King Promise and Nigeria’s Maleek Berry team up with Eazi on “Dabebi” while 2baba Idibia makes a guest appearance on “Suffer Head”. Another exciting collaboration is “Miss You Bad” with dancehall/afro fusion star, Burna Boy.
https://twitter.com/mreazi/status/1060704870980878337      ]]>
Related Topics:
Up Next

Grammy award-winning Nigerian musician, Burna Boy is trending on Twitter over his choice of outfit at a recent concert. END_OF_DOCUMENT_TOKEN_TO_BE_REPLACED

Vanessa Obeng, who represented the Bono East and Florida, has been  crowned MissGhana USA  2022 at the finale held at the Atlas Performing Arts Center Washington DC on the 25th of June 2022. END_OF_DOCUMENT_TOKEN_TO_BE_REPLACED