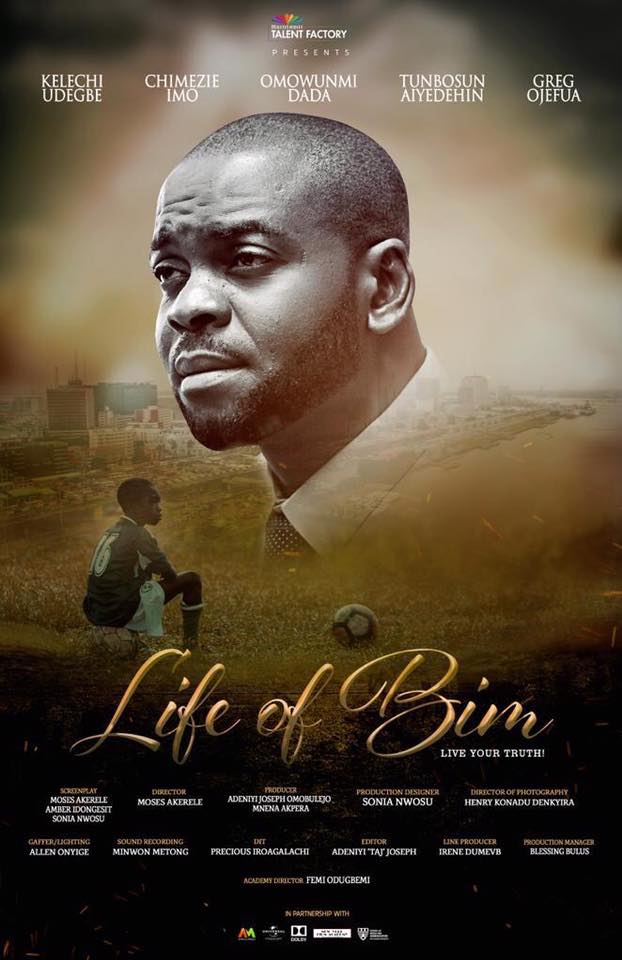 MultiChoice Talent Factory (MTF) is excited to announce the highly-anticipated screening of the films Life of Bimand DreamChaserby the MTF West Africa Academy’s Class of 2018! The two films are a culmination of the students’ one-of-a-kind training from the inaugural MTF Academy programme and will be screened at the Lagos Cinema today.

Under the guidance of the esteemed Academy Directors within the academy’s East Africa, West Africa and Southern Africa academy hubs, the academy students were required to produce a 60-minute film in groups as part of their curriculum, resulting in the films Life of Bimand DreamChaserwhich represent the West Africa hub.

Life of Bimfollows the story of 32-year old Bim, whose life begins to swiftly unravel after the unresolved actions of his past resurface. The results are dire: He loses his chance at becoming a football star, his job and his close relationships. Faced with the possibility of further calamity and pressure from his parents, BIM must now face his past and set his life back on course.

In DreamChaser, the bright lights and a chance of fame and fortune in music prompt a young woman to pack her bags and set off for Lagos, despite her father’s wishes against it.

She quickly discovers that pursuing her dream would require even more from her, and at a cost.

“These two films are a culmination of all that the Class of 2018 have learnt during their tenure at the MTF Academy, and the results are outstanding. They have achieved the essence of what the Academy has set out to do, which is to train the next generation of filmmakers who are willing to take on big themes and unearth untold African stories, and be deliberate about the art that they create,”says Odugbemi.

Students and attendees alike can expect the full red-carpet treatment at screening, with a guest list that includes various industry producers and creatives, film festival organisers, parents and relatives of students, as well as key representatives from MultiChoice Nigeria and its MTF partners and film aficionados.