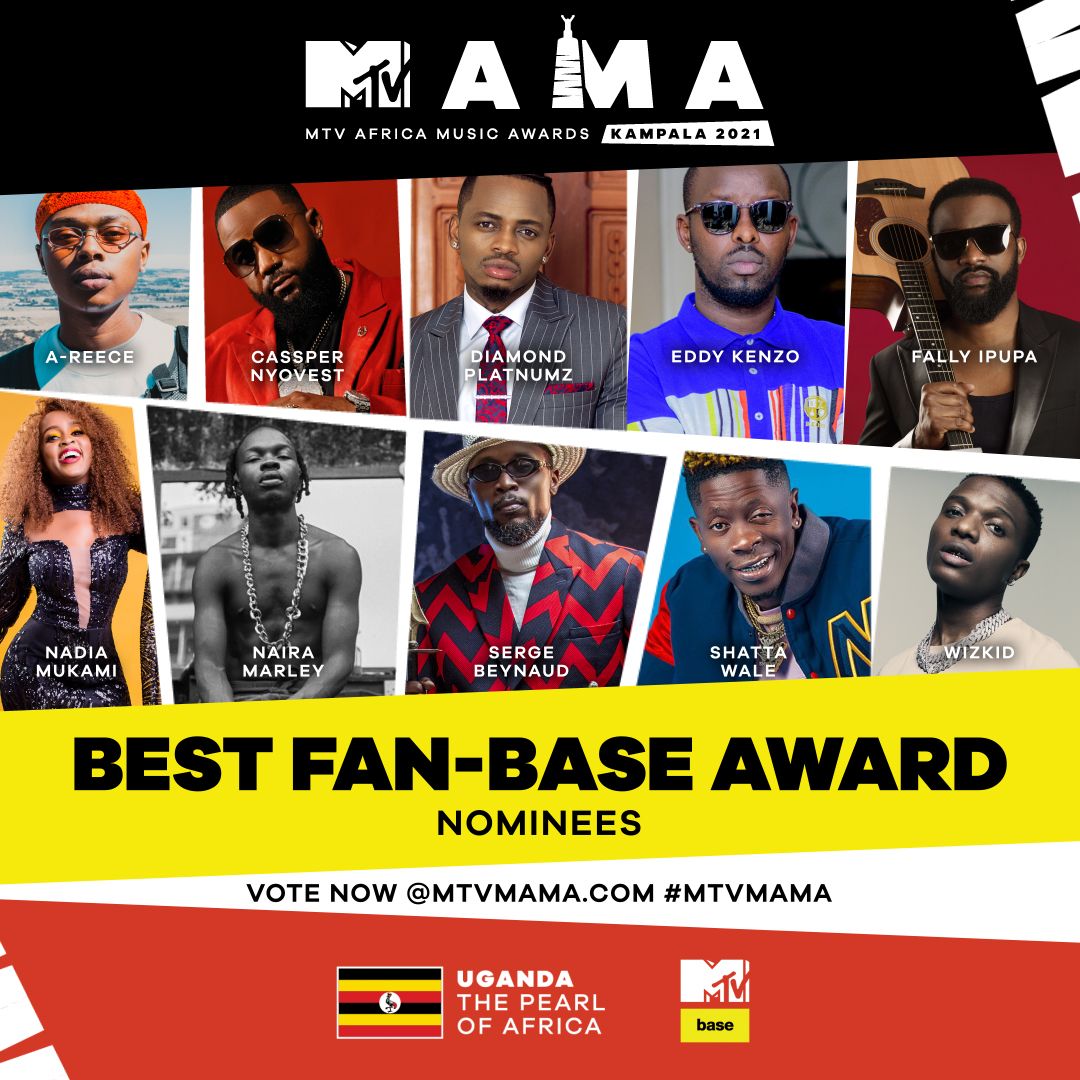 Consistent to previous MAMAs, category announcements are phased over several weeks in lead up to the main event on 20 February. The six categories in total announced in the second round of nominations comprise – Best Collaboration, Best Alternative, Best Fan Base Award, Best International Act, Personality of the Year andSong of the Year. The remaining three categories – the MAMA Legend Award, the Video of the Year Award and the MAMA Generation Change Award – will be revealed on the night of the MAMA Kampala 2021.

Monde Twala, Senior Vice President and General Manager at ViacomCBS Networks Africa (VCNA) said, “Congratulations to all our nominees who have been recognised as we build up to the MAMA Kampala 2021 virtual awards ceremony. African artists deserve the recognition and must be celebrated for their commitment and dedication in driving the power of creativity and music to inspire the youth on the continent to take African culture to the world.”

For the category of Best Collaboration, Burna Boy was nominated twice, for his song ‘Monsters You Made’, with global artist Chris Martin, and with South Africa’s Master KG and Nomcebo Zikode for ‘Jerusalema Remix’. Diamond Platnumz also made this list with his collaboration with Innoss’B, ‘Yope Remix’. Other nominees in this category include Yemi Alade and Angelique Kidjo for ‘Shekere,’ Wizkid and H.E.R. for ‘Smile,’ and ‘Already’ by Beyoncé, Shatta Wale and Major Lazer.

The Best Alternative category features some of the continent’s most successful alternative artists, including Nigeria’s Adekunle Gold and Simi; Ami Faku, who hails from South Africa; Ghana’s Amaarae; AfrotroniX from Chad and Kenya’s Matata.

The most highly contested category is the Song of the Year, which features 12 nominees in total, including artists from South Africa, Kenya, Nigeria, the Democratic Republic of Congo, Uganda, Tanzania, and São Tomé and Príncipe. Equally a heated contest category is the Best Fan Base Award which features a diversity of 10 nominations across the continent from eight countries to compete for fan favourite.

“Uganda, the Pearl of Africa, is excited to bring the best of Africa’s musical talent to the world,” noted The Honourable Godfrey Kiwanda, State Minister for Tourism Uganda. “It is an honour to be part of the MAMA Kampala 2021 and support its commitment to the growth of African music. This is also a great opportunity for Uganda to share its heritage and culture beyond music to its people, landscapes, wildlife and history.”

The nominees are selected by the MAMA Kampala 2021 Academy, an esteemed group of music industry, opinion formers and tastemakers from across the African continent who are tasked with selecting the very best of African talent who have received airplay on MTV Base over the previous year. In addition, the nominees they select must bring Africa’s culture, music and pulse to a global audience and serve as an inspiration to the youth.

Song of the Year

Personality of the Year

Video of the Year

Rex Omar confirms Bulldog will be released on bail today

Some members of popular feminist group in Ghana, “Pepper Dem Ministries”, have called out ace-broadcaster Nana Aba Anamoah over recent comments she made about taking up traditional roles at home. END_OF_DOCUMENT_TOKEN_TO_BE_REPLACED

Aisha Modi has returned to social media by showing off her newly acquired body. END_OF_DOCUMENT_TOKEN_TO_BE_REPLACED

UK-based Ghanaian international singer and performer, Stephanie Benson has made a shocking revelation about her sexual life that has left fans agape. END_OF_DOCUMENT_TOKEN_TO_BE_REPLACED

Ghanaian actress and movie producer, Yvonne Nelson has opined that special treatment and incentives given to politicians should rather be enjoyed by teachers and doctors. END_OF_DOCUMENT_TOKEN_TO_BE_REPLACED

American rapper DaBaby, has shared his experience with officials at the Lagos airport. END_OF_DOCUMENT_TOKEN_TO_BE_REPLACED