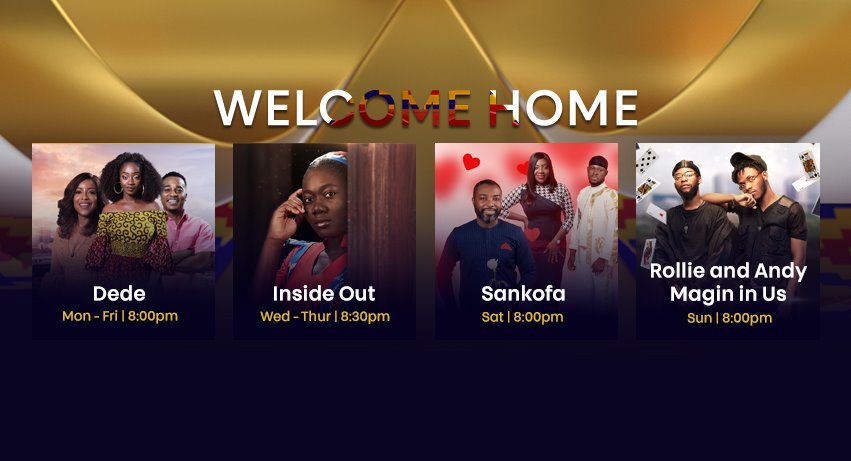 Cecil Sunkwa Mills, Managing Director of MultiChoice Ghana has announced the the introduction of thee a new channel: Akwaaba Magic. The channel went live on Monday the 8th of March 2021 at 4pm and will be available exclusively to DStv subscribers on Compact, Compact Plus as well as Premium packages.

In anticipation of the new strategic offer that addresses viewer demand, Cecil Sunkwa Mills said, “We continuously study audience behavior and tailor-make our offering to match the needs of the market at hand hence the launch of Akwaaba Magic”. The channel has been positioned as a game changer within the Ghanain tv and entertainment space where viewers can look forward to the season premiere of  the much anticipated telenovella- Dede, a dramatic serving entitled Inside Out (an adaptation of the hit South African series The Housekeepers) as well as a 30 minute reality show entitled Sankofa.

“As part of our mission to realise the new channel whilst fullfilling our commitment in developing the entertainmet industry and economy of the region, we are working alongside local producers to ensure that the correct cultural nuances of the market are captured thus making the content not only exhilarating but relatable from one episode to the next” he added.

Kennedy Appah-Dankyi, Channel Head of Akwaaba Magic revealed his excitement about the lauch of the new channel as well as the investment that has been put in to ensure not only the growth but the accessibility of premium local content in Ghana. “We wish to take viewers back home through the the channel and exhilirating content and sincerely look forward to audience feedback as we entrench ourselves further in the market” said the Channel Head.

SHOWS SET TO LOOK OUT FOR ON AKWAABA MAGIC, DSTV CH 150

The channel is exclusively available to Compact, Compact Plus as well as Premium Subscriber.

Related Topics:Akwaaba Magic
Up Next