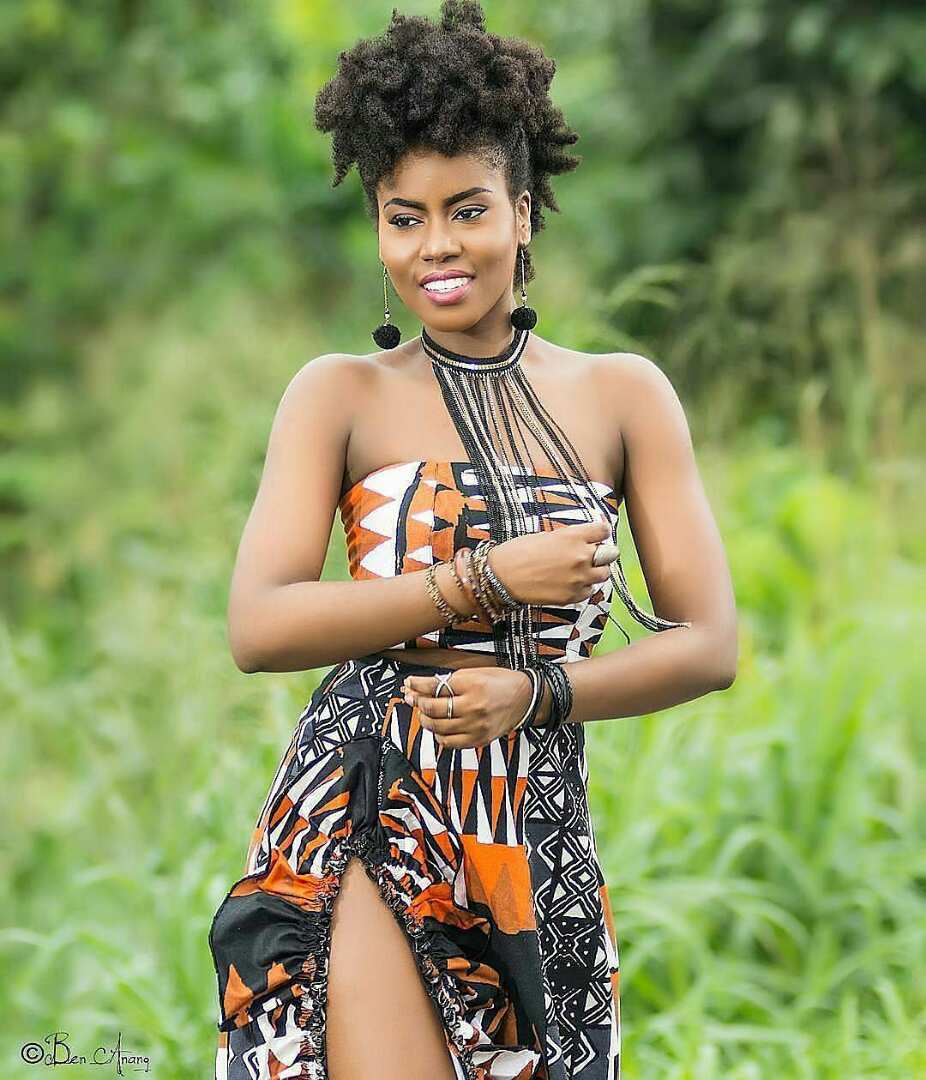 MzVee[/caption] Although she is big now, a household name and may be commanding big bucks, the one benefit from music Dancehall artiste, MzVee is happy about is how her confidence has grown. The former student of St Mary’s Secondary School believes performing in front of big audiences has resulted in her being bold and very confident. “Music has made me confident. When I started music, I was timid, I was a very shy person; if you came to interview me seven years ago, I would not have talked to you or I would have had my chaperones with me boosting my morale that I could do it and all that. “I was always apprehensive when I had to grant interviews. I used to rehearse my interviews because I was brought up in a very strict home; I was not allowed to fully express myself. “So it was a whole different thing for me but I have now become a better version of myself,” she said when Showbiz met with her in the Lynx Studios in Accra recently. Something else that MzVee has gotten comfortable with is her ability to deal with negative stories. “When I first came on the scene, I was hurt anytime I said something and it was misrepresented. “You see my mom is also a church leader and all so it was a big deal for us then. I used to worry a lot. “But now, we have come to understand that is what being in showbiz comes with. Plus I told her, she knows me better than anyone else and what I am capable of doing so certain things should not bother her and so she is okay now,” she said. Due to the confidence the Daavi singer had, she made sure nothing changed her focus from building a strong brand. “I mean some people believe things they heard but I was focused and still am. I had and still have a dream and that is what I was working on, I never allow anything sway me. “I also thank God because all the things I have said are not so damaging; I am not a controversial person, the team I have is so smart and they have things in place to get me going,” MzVee stated. She added, “I have become extremely patient now, certain things do not get to me, I now have a different perception of life. I have become calmer but I’m careful of the people I associate myself with. I am focused and that is it.” Mzvee started music in 2011 but hit the limelight in 2013 and since then, she has churned out several hit songs like My Everything, Revelation, Sing my Name, Hold Me Down among others She is currently promoting her latest single Bend Down, which features her label mate Kuami Eugene. Source: graphic.com.gh]]>

50 Cent Mocks Kanye on his visit to The White House

GuiltyBeatz is ringing in the summer! The Grammy-nominated Ghanaian producer and DJ is back with another dazzling solo effort – an Amapiano-infused dance anthem ‘Universe’ featuring Pop sensation, Mr Hudson and buzzing Ghanaian singer, Twitch 4EVA. END_OF_DOCUMENT_TOKEN_TO_BE_REPLACED

The host of Joy FM’s Strong and Sassy, Animwaa Anim-Addo, has tied the knot in a private ceremony. END_OF_DOCUMENT_TOKEN_TO_BE_REPLACED

Grammy award-winning Nigerian musician, Burna Boy is trending on Twitter over his choice of outfit at a recent concert. END_OF_DOCUMENT_TOKEN_TO_BE_REPLACED