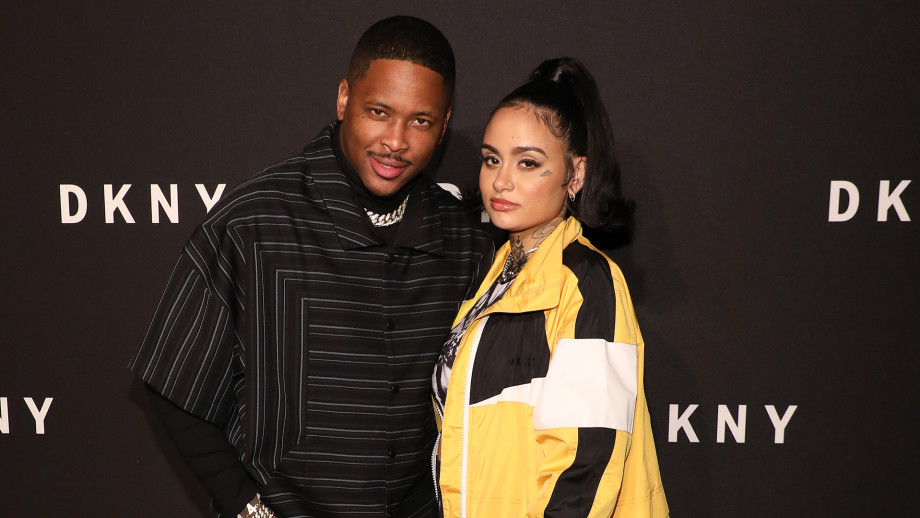 Just days after Kehlani released the loved-up Valentine’s Day track Konclusions with her boyfriend YG, it seems the dream is over.

The R&B singer announced the couple had split up on Monday, with a separate, solo song that accuses YG of cheating.

On Valentine’s Day (Shameful), she admits to checking YG’s phone while he was asleep and finding evidence to justify suspicions of an affair.

“I’ve seen everything I didn’t want to see,” sings the 24-year-old.

The two originally confirmed they were dating in September 2019, but split later in the year, apparently after a separate incident of infidelity.

But they seemed to be working things out, with Konclusions confirming their reconciliation.

“When I say I love you, that means I love you,” sang Kehlani in the song, released last Friday. “No matter what conclusion we come to / I’m the one you run to.”

By Monday, she’d done a u-turn; rush-releasing Valentine’s Day (Shameful) through her social media accounts and streaming platforms like SoundCloud.

It details a catalogue of relationship misdemeanours by Kehlani’s now-ex, without actually mentioning him by name.

At one point she sings: “I’d say your name, but you don’t deserve recognition.”

The R&B star continues: “I am making amends with myself / Forgive me for loving you / I took a risk loving loudly / Defended you proudly.

“Ignored all the signs / Yeah, it’s true / And the immature me wishes that I could make him know / That you should be left alone.”

She also sings  about the difficulties within their troubled relationship, including YG’s addiction problems.

“I gotta give myself credit for loving as hard as I did / I helped you fight your addiction and change your whole life,” Kehlani says.

“Now I’m finding strength in the fact that you’re nothing to me and I know the things I am above.”

Kehlani also took to Twitter and said in a since-deleted post: “Life really happens. U Jus[t] gotta stay pure and move with love and thank god you are one of the ones that do.”

The split is the latest instalment in the couple’s on-off relationship, which included YG being accused of kissing another woman on Hallowe’en.

Kehlani first achieved fame as a member of the teen group Poplyfe, going solo following the group’s participation in America’s Got Talent, where they came fourth.

Her first mixtape Cloud 19 was listed as one of the Complex’s “50 Best Albums of 2014”; and it’s follow-up, You Should Be Here, earned her a Grammy nomination in 2016 for best urban contemporary album.

She released her debut studio album, SweetSexySavage, in January 2017; and duetted with Stormzy later that year on the track Cigaretes & Cush.

Rapper YG’s hits include debut track Toot It and Boot It, featuring Ty Dolla Sign; Left, Right and Who Do You Love?, featuring Drake.

In 2018, he released his third studio album, Stay Dangerous, which included the single, Big Bank, his highest charting solo single, peaking at number 16 on the US Billboard Hot 100 chart. His fourth studio album, 4Real 4Real, was released in 2019.

2020 Brit Awards: The most glamorous red carpet looks and full list of winners

One of the three men charged in relation to Mac Miller‘s 2018 death from a drug overdose has been sentenced to 17 years and six months in prison. END_OF_DOCUMENT_TOKEN_TO_BE_REPLACED

The 2022 Billboard Music Awards took over the MGM Grand Garden Arena in Las Vegas on Sunday (May 15), with Sean “Diddy” Combs hosting and performing. END_OF_DOCUMENT_TOKEN_TO_BE_REPLACED