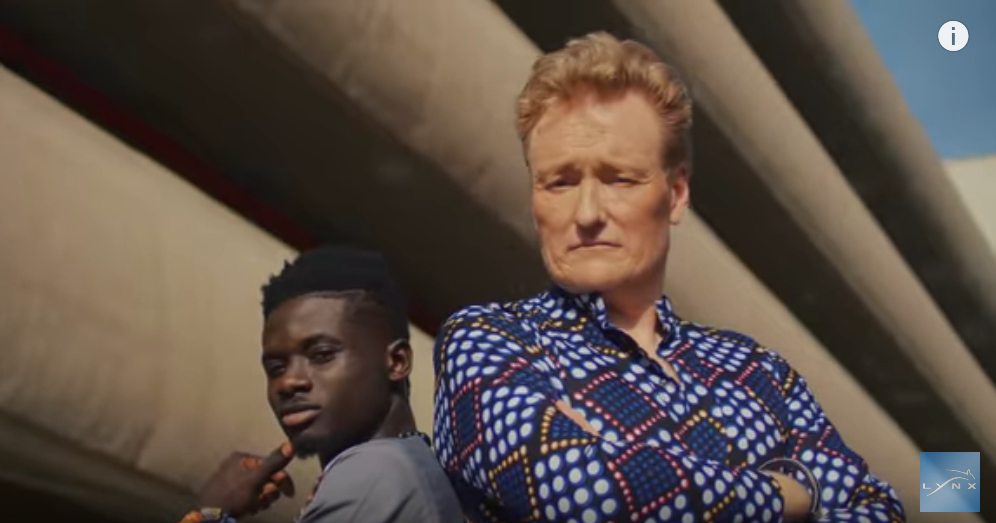 The Lynx Entertainment signee, Kuami Eugen has released a new song in which he featured American television host, comedian and writer, Conan Christopher O’Brien. Conon, was in Ghana about two weeks ago, where he shot a yet to be aired episode for his prime time talk show, on TBS Network. However, enjoying his time in Ghana, the American TV star, created a song with Ghana’s rock star as well.

The singer dropped the song titled “ For Love” with its official colourful video.

The music video which was directed by REX has award-winning Ghanaian DJ, DJ Switch make a cameo apearance.

Melanie C from Spice girls Releases new single, ‘High Heels”
WATCH: Young Mohammed Shares Sad Story With On How He Ended Up In The City As A Street Boy
Advertisement