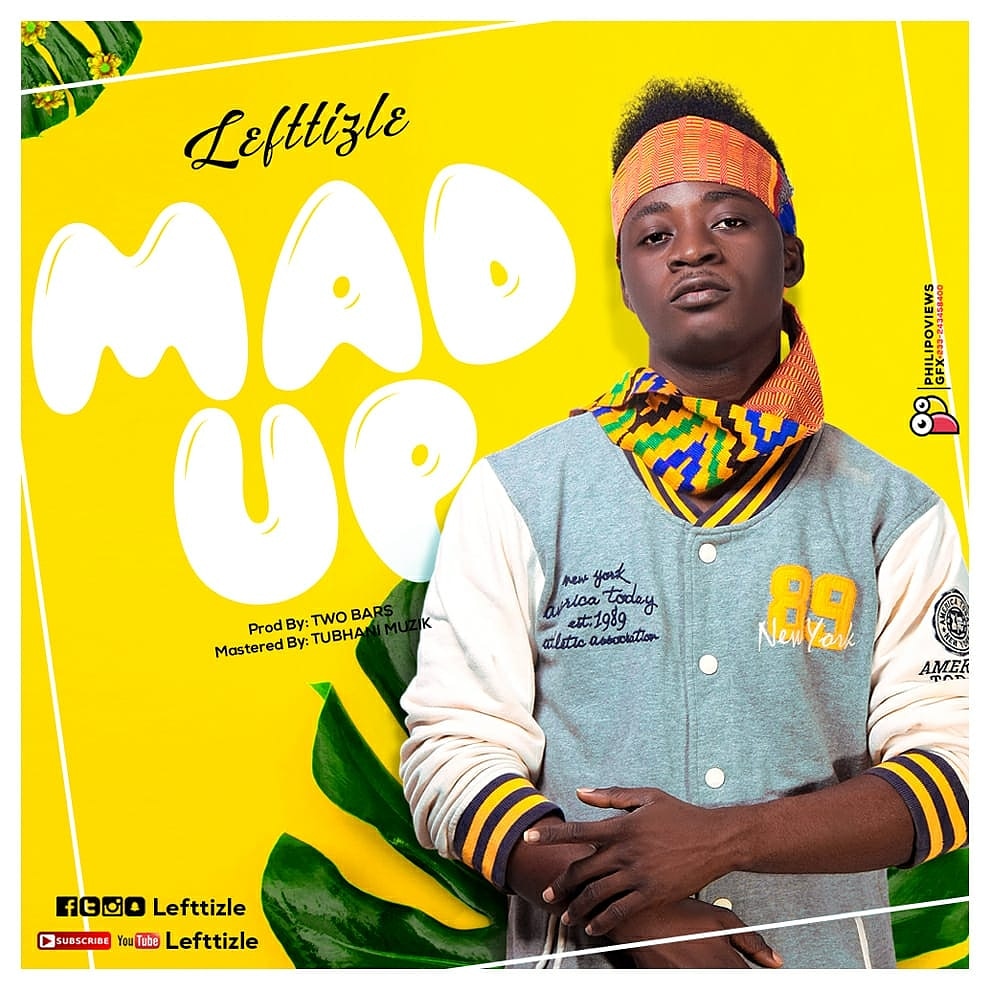 Lefftizle – Mad Up[/caption] Up and coming talented singer known as Lefftizle is out with “Mad Up” produced by Two Bars. Lefttizle is up again! The young singer has already released a big party banger he called Stay By Me ft.Flowking Stone and ‘Ajeei’ featuring Cabum and Stryka, and was produced by the beat stylist; TubhaniMuzik. We’ve talked about this young artiste for a while and we think it’s about time we lend him some ears. https://ameyawdebrah.com/singer-lilkidayo-says-undeterred-lack-manager-producer/ The new afrobeat song titled ‘Mad Up’ takes a smooth party groove and saw Lefttizle delivering his verses with passion and skill. The song was mastered by Tubhani Muzik. The video was also directed by Aangles https://youtu.be/SB3IR4A0Vbo]]>

Related Topics:LefftizleMad Up
Up Next