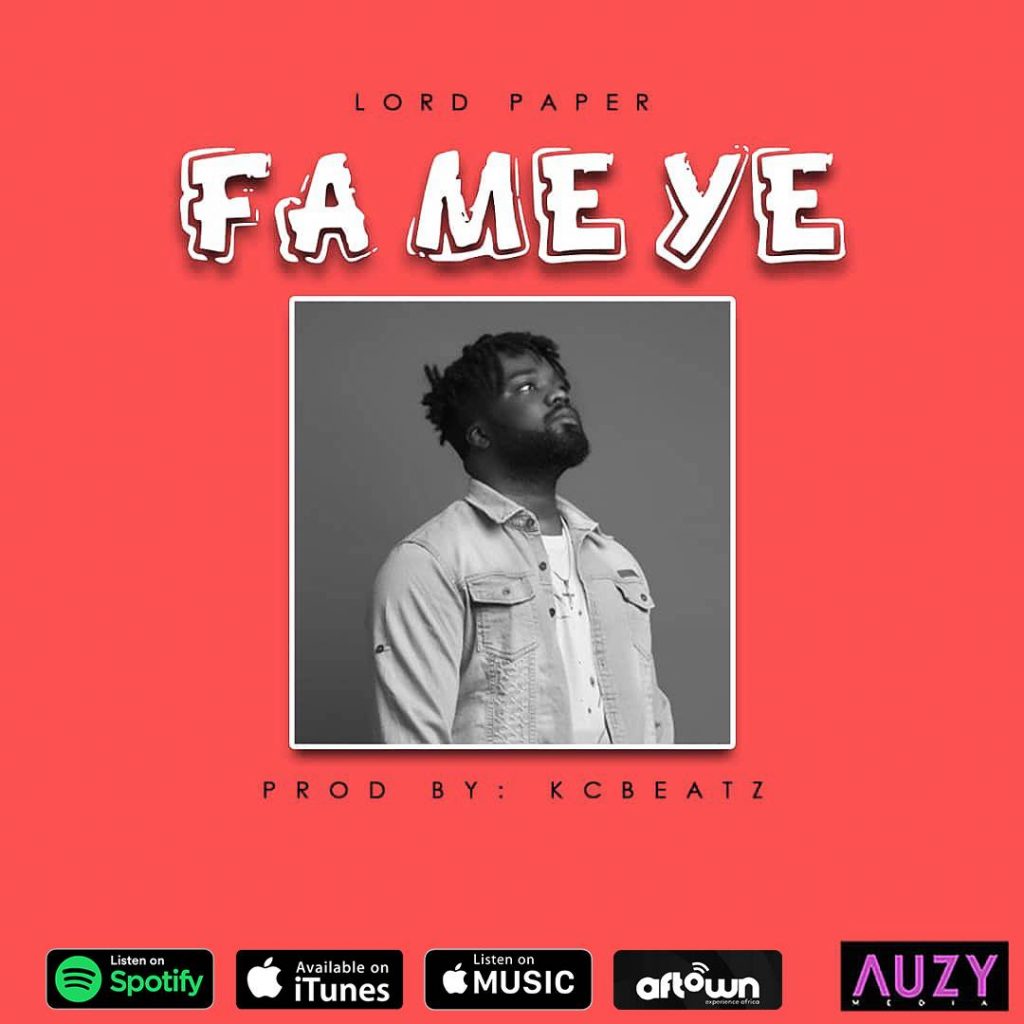 Lord Paper – Fa Me Ye[/caption] Afrobeats musician Lord Paper has finally dropped the official music video for his fresh new banger, titled “Fa Me Ye”. “Fa Me Ye” a popular Twi phrase mostly used by Christians to express their full commitment to their maker, God. It seems Lord Paper has turned a new leaf – considering the content of his latest banger. In the crystal-clear video directed by Oskhar, Lord is seen running through a forest while panting endlessly. He ends up in a church building where he submits himself to God. https://youtu.be/RbXQQGY_eok The Auzy Media record label signee has come from afar. From a very rough start to his current considerable predominance in the industry, Lord Paper has seen enough – which might have influenced his latest record. “Fa Me Ye” is another record produced by one of Ghana’s most sought-after producers, KC Beatz.]]>

Related Topics:lord paper
Up Next

Music Video: DJ Neptune Feat. Skales & Harmonize – Do Like I Do

Ari Lennox sophomore season kicks into overdrive today with the official release of her new single, “Hoodie,” and its electrifying music video. Even more, fans’ long-awaited hopes are finally realized: The Grammy Award-nominated and multi-platinum singer-songwriter proudly announces her sophomore album, age/sex/location, will be released on Sept. 9 via Dreamville/Interscope Records. Pre-order the album HERE. END_OF_DOCUMENT_TOKEN_TO_BE_REPLACED

18-year-old North Carolina-based rapper Tino Szn has just shared his new video for “Drowning Out”, a fun and upbeat track off his most recent project Sentient. LISTEN END_OF_DOCUMENT_TOKEN_TO_BE_REPLACED

END_OF_DOCUMENT_TOKEN_TO_BE_REPLACED

King Hubert, has come back stronger with a tribute to authenticity and prolific raps delivery with new anthem titled Nyumviriza. END_OF_DOCUMENT_TOKEN_TO_BE_REPLACED