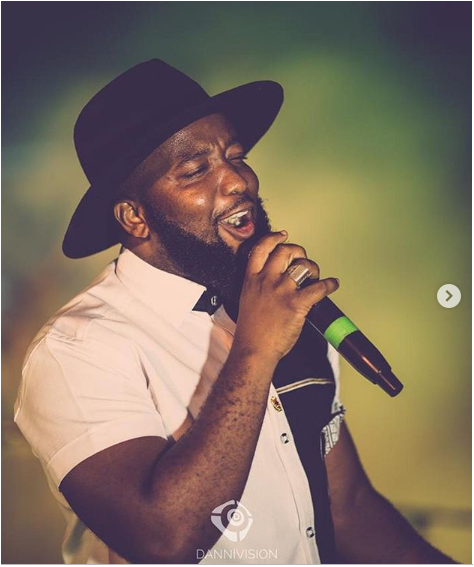 Come Wednesday, June 26, the Musicians Union of Ghana (MUSIGA) will go to the polls to elect new executives who will lead the Union for the next four years. And according to the five-member committee supervising the elections, they are satisfied with how clean the campaign has been.

Speaking with Graphic Showbiz on Tuesday, June 18,2019 about preparations for the upcoming election, Hip Hop artiste, Trigmatic, who spoke on behalf of the Committee said they had not received complaints of personal attacks and character assassination from any candidate yet.

He said even though members of the committee have not keenly followed campaigns of aspirants since the laws bars them from that, if there were issues with the campaign, they would have come to their table.

“By the rules, we are not supposed to be part of any campaign or support any candidate so we have not been strongly monitoring but I can say that it has been clean so far. “Yes, there will be few supporters who might go overboard but as we speak now, we’ve not had any official complaints from aspirants,” he stated.

MUSIGA set up a five-member committee made up of Smart Nkansah (Chairman), Former MUSIGA president, Diana Hopeson as secretary to supervise the upcoming elections.

According to Trigmatic, the elections will be held in all regional capitals with supervision by the Electoral Commission of Ghana in line with the amended MUSIGA Constitution which stipulates that all paid up card-bearing members are eligible to vote.

The two contestants vying for the presidency, Bessa Simons and Ras Caleb have been making some strong promises to attract voters.

While Ras Caleb, who is currently the Greater Accra Regional Chairman of MUSIGA promises a dedicated music band for every region if elected President, Bessa Simons has the “One musician, One Instrument” campaign slogan.

The new executives will be sworn into office on Tuesday, August 27.

Related Topics:musigaPresident of the Musicians Union of Ghana (MUSIGA)
Up Next

Shirley Frimpong Manso to direct a major movie on slavery

Harvey Mason Jr, CEO of the Grammy Awards, has shared insights on the nomination process and how to win a GRAMMY with Ghanaian artists during a private dinner meeting. END_OF_DOCUMENT_TOKEN_TO_BE_REPLACED

Harvey Mason Jr., the Chief Executive Officer (CEO) of the Recording Academy, organizers of the Grammy Awards, has said there are some misunderstandings regarding the creation of an Afrobeats category in the Grammy Awards. END_OF_DOCUMENT_TOKEN_TO_BE_REPLACED

The Chief Executive Officer of Big Ideaz Consult, Kojo Poku has revealed that none of the artists who were billed to perform at the recently held Global Citizen Festival in Accra were paid a performance fee. END_OF_DOCUMENT_TOKEN_TO_BE_REPLACED

Ghanaian musician, Kirani Ayat has called out the Presidency for using some portions of his music video in an advertisement without his permission. END_OF_DOCUMENT_TOKEN_TO_BE_REPLACED

The voting portal for the 2022 edition of the All Africa Music Awards (AFRIMA) opened to the public on Sunday, 25 September at 21:00 (CAT), to decide the winners of each of the 39 award categories, globally. END_OF_DOCUMENT_TOKEN_TO_BE_REPLACED

Ghanaian actress, Yvonne Nelson has issued an apology on behalf of Ghanaians to Stephen Appiah and his Black Stars colleagues. END_OF_DOCUMENT_TOKEN_TO_BE_REPLACED