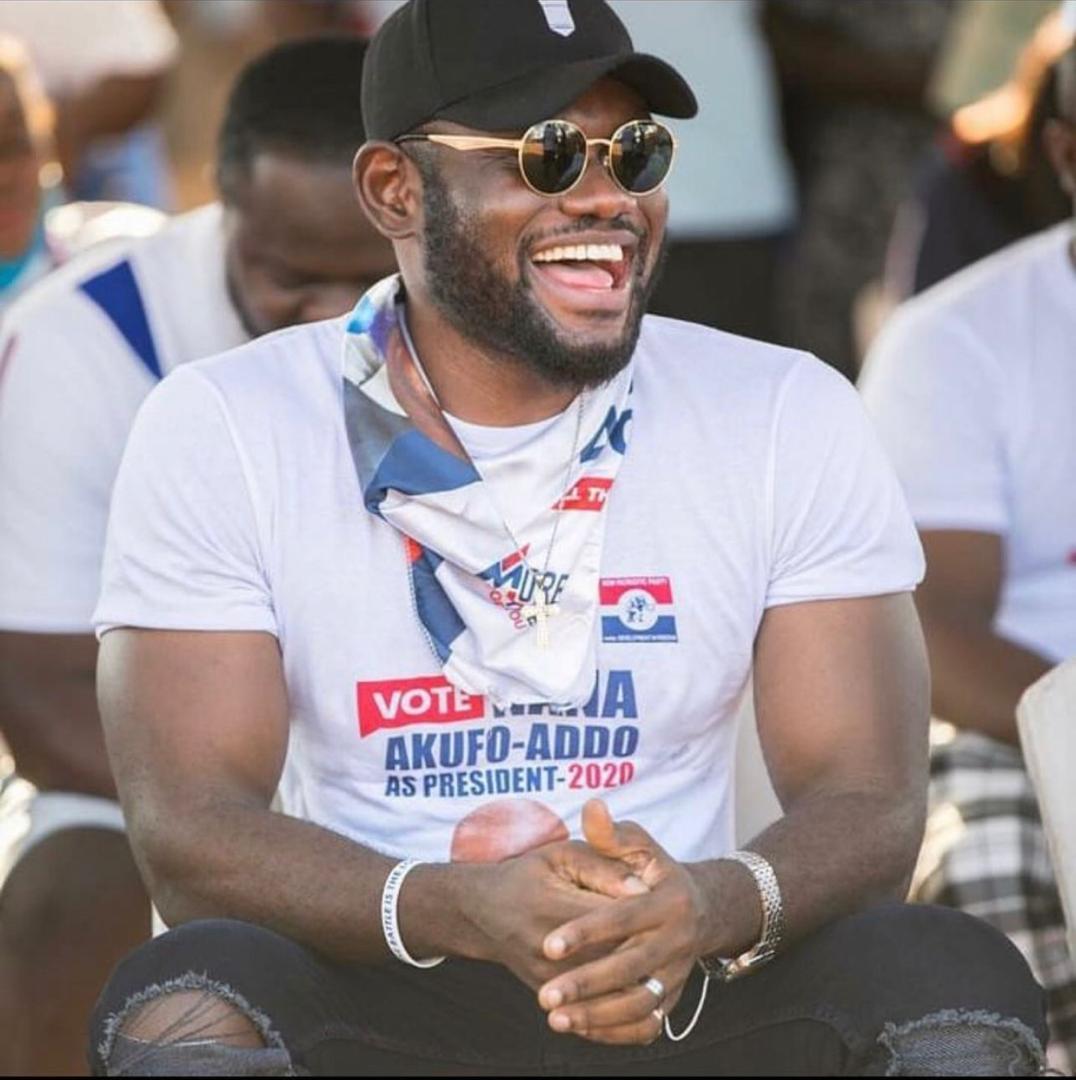 Ghanaian actor, Prince David Osei has expressed his disappointment at H.E Nana Akufo-Addo and his administration.

Prince, who is also a staunch member of the New Patriotic Party (NPP) addressed the party and it’s administration in a long tweet on June 4.

According to him, he believed strongly in the capability of Nana Akufo-Addo to transform the nation, however, that is not reflecting in the current state of the country

Read Also: E-levy will be a problem if the lives of Ghanaians are not improved as promised- Prince David Osei

“Mr President, fellow NPP and fellow Ghanaians. This is not the 4more4Nana to do more, what is going on? We have to stop pretending in the name of party colors and speak up now. You called me the Ghanaian advocate, hence I am speaking for my people sir. We are not happy, Sir,” he wrote in the tweet

Prince also shared that he can no longer defend the party because they are not working to his expectation and charged the President to do something about it urgently.

“Nana Akufo-Addo I have defended you and the NPP on countless occasions made a lot of enemies for myself, but Mr President all is not well in the nation,  my confidence in the administration is gradually dissipating as the clock ticks. Nana Showboy as you are affectionately called, please show yourself that you are capable of because the streets are hell right now. God bless our motherland, he added. 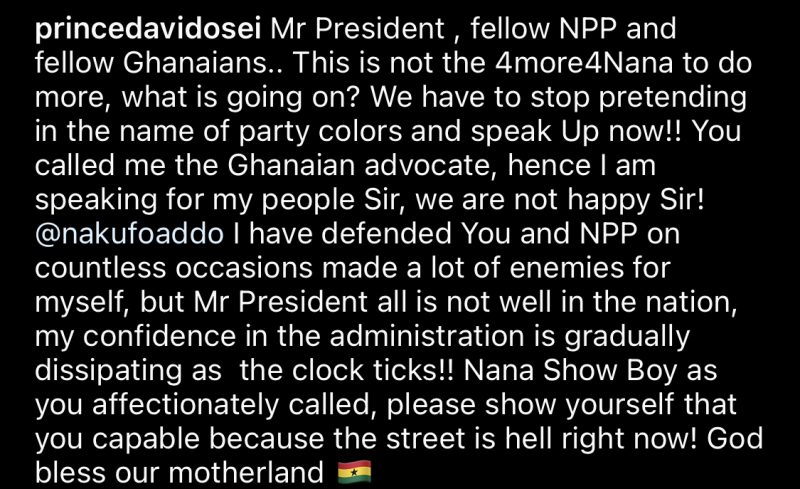 Thomas Partey reveals he converted to Islam because of his girlfriend

Bose Ogulu has told her son Burna Boy to “tone down the madness” as she celebrated his birthday. END_OF_DOCUMENT_TOKEN_TO_BE_REPLACED

The Hewale Lala (Song Of strength) hit maker Perez Musik gets ready to have his first-ever major concert. END_OF_DOCUMENT_TOKEN_TO_BE_REPLACED

Kofi Sonny, CEO of 610Music, a direct representative for Universal Music Group in Africa, unveiled two of his newly signed artistes to the world over the weekend. The event pulled in dignitaries from all over the globe to witness what many have dubbed “the birth of greatness.” END_OF_DOCUMENT_TOKEN_TO_BE_REPLACED