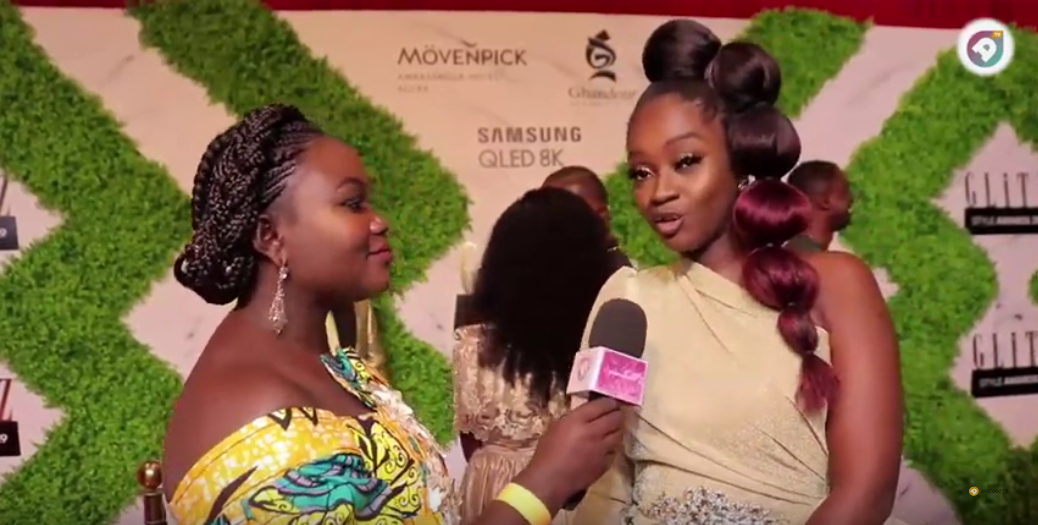 Ghanaian singer, Adomaa had her acting debut in 2018 and loved it so much that she’s put her music career on hold and paying more attention to building her film portfolio.

AmeyawTV’s JQ caught up with the soulful singer on the red carpet of the 2019 Glitz Style Awards where she revealed that she is recuperating her voice and hence her fans won’t be hearing any new songs from her till the end of the year.

“Adomaa is recuperating so I’ve not been around much but I’m going to come back bigger and better very soon. A lot is occupying me, I’ve started acting so I’m in between Ghana and Nigeria because I’m newly into Nollywood,”  she said.

The ‘When It Swings’ singer revealed that she’s currently shooting a television series in Nigeria and can’t wait for her fans to see it.

Adomaa starred alongside Chris Attoh in her first movie ‘Bad Luck Joe’ in 2018.

What a time to be an African! On the back of a successful Global Citizen Festival in Accra, and a visit of  Recording Academy CEO, Harvey Mason Jr to Ghana, his first trip to West Africa, it appears that Afrobeats may soon get its individual shine at the Grammys! END_OF_DOCUMENT_TOKEN_TO_BE_REPLACED

The School of Graduate Studies of the University of Professional Studies (UPSA) has honoured Ghanaian musician, Rebecca Acheampong known popularly as Becca for her outstanding academic achievements. END_OF_DOCUMENT_TOKEN_TO_BE_REPLACED

Platinum selling artist, KiDi has reacted to the resurfacing of his old tweets on the social media platform. END_OF_DOCUMENT_TOKEN_TO_BE_REPLACED