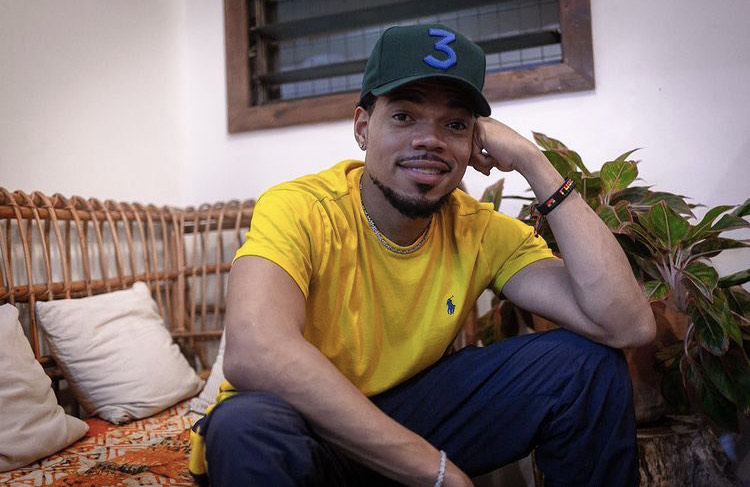 American rapper, songwriter, and record producer, Chance The Rapper has said that his visit to Ghana was a ”life-changing experience”.

The 3 time Grammy-winning musician made this known during his recent appearance on The Late Show with Stephen Colbert.  ”It was a very spur-of-the-moment thing
one of my best friend amazing artist Vic Mensa who we came up together in music and other stuff, he’s Ghanaian and spent all his winters there and always visit his family. this winter i said may i come with you and he said yeah and I will forever love him for that” he said.

On January 5th, news of Chance’s arrival in Ghana had social media talking and in a week, the rapper experienced more than he hoped for.

After the Chicago-based rapper was picked from the Kotoka International Airport by fellow rapper Vic Mensa, he excitedly shared his arrival with his followers on Instagram.

The following days, Chance and his friends made a trip to the Adom Waterfall situated in Obosomase and located close to the source of the Tsenku waterfalls to enjoy Ghana’s lush scenery. He also made a stop at the Jubilee House, Freedom Skatepark, Gallery 57 inside Kempinski Goldcoast Hotel, the Kwame Nkrumah Memorial Park & Mausoleum, Front/Back, Republic Bar, and the Labadi Beach which he documented in a video.

Chance who was christened with the Ghanaian name “Nana Kofi Boa-Ampensom” also went on a family history search.  According to a post on Instagram, a church where he worshipped was built by his family years ago.

He revealed that the leader of the church, whom he described as Bishop Nkansah, was an acquaintance of his great grandmother. Chance The Rapper revealed that his family has also built a school in Jamestown.

In another post, he wrote, “my great grandfather was a Pan Africanist and a captain under Marcus Garvey.”

Meeting and working with Ghanaian creatives in the music industry was another initiative Chance undertook during his week-long visit to the nation.

Evidently, Chance The Rapper had an amazing time in Ghana as he’s been proudly advocating for more Diasporans to visit and experience the motherland too.

WATCH: How an artist I met in Ghana inspired my new song ‘Child Of God’ – Chance The Rapper

Ghanaian actor and socialite, Don Little, has made a passionate appeal to his colleague Kwadwo Nkansah also known as Lilwin to go make peace with his ex-wife. END_OF_DOCUMENT_TOKEN_TO_BE_REPLACED

The Federal Government of Nigeria has taken legal actions against the husband of late gospel singer, Osinachi Nwachukwu. END_OF_DOCUMENT_TOKEN_TO_BE_REPLACED

From being the opening act at EL’s BAR VI concert to bagging a nomination at the 2022 3 Music Awards, Afrobeats/afro soul singer Darkua stopped by Ameyaw TV to talk about her musical journey. END_OF_DOCUMENT_TOKEN_TO_BE_REPLACED