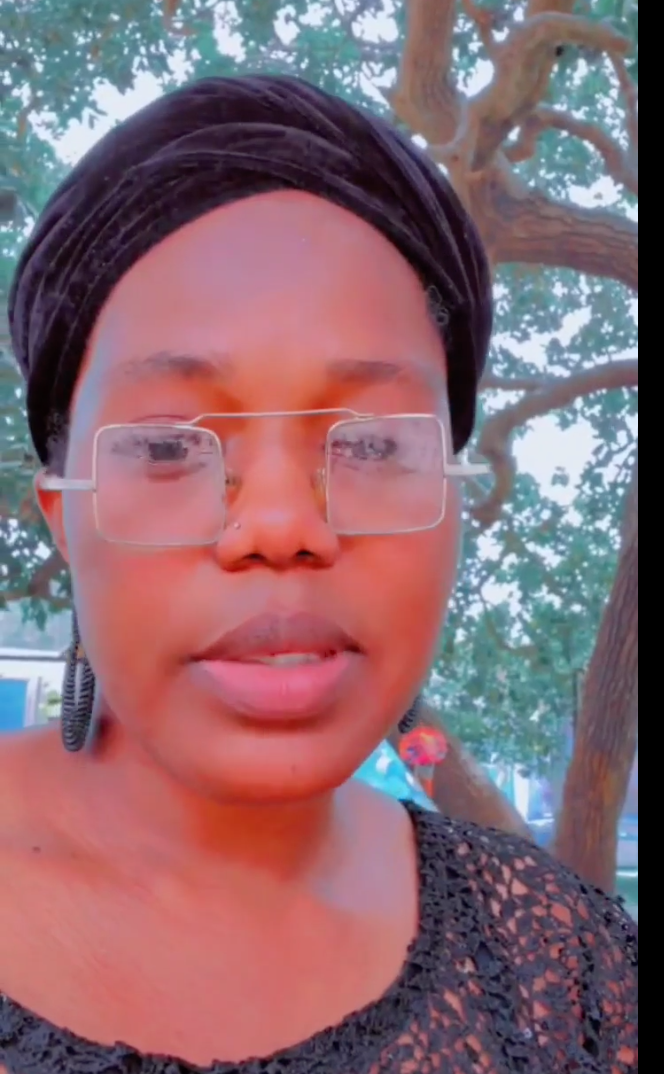 Ghanaian singer, Mzbel is having a huge debate with family and on social media about the way forward following her father’s death.

On January 27, Mzbel announced the death of her father, Mr Albert Amoah, and the next day, he was buried as customary of the Islamic religion.

After the Islamic burial, Mzbel expressed interest in holding a proper one week celebration and funeral as well for her dad.

According to Mzbel, her uncle, her father’s younger brother, who is a royal, has given her the go-ahead to prepare for the funerals, one in Ghana and one in Manchester.

Mzbel shared the news on her Facebook with the caption;

“My Uncle has spoken! He is my daddy’s direct back born! Maame Ekua Bentuma Amoah. You are a princess

Your Uncle is Nana Asare Oky3hen Yeboah I, Apagyehene, Nana of Ekumfi Nanabin Twidan Royal Family. Again the Chief of the Mfanteman Association of the Greater Manchester UK. We will have a huge funeral back home in Ghana and here in Manchester! With my permission you can go ahead with the one week observation!”

According to Hajia, Mzbel’s father died a Muslim, hence, his funeral should go along Islamic way.

“Dear MzbeL there’s no better Gift a daughter can give her father than obeying he’s order. Thus no funeral, 3 days, 1 week or whatsoever. Honour ur father’s will and u will be blessed. Don’t try and go against he’s will as people are ordering you to. Kindly do as he says and you will be rewarded, but if u wish to please the world and reject ur father’s will, that’s ur business. May Allah continue to forgive, have mercy and grant Mr Amoah Aljannah

To have a prominent man who served Allah and died in the way of Allah is something to be Thankful for. Use the money for the funeral to build a well for a community, or donate to the hospital in he’s name so that the deeds be light in he’s grave. Allah ye jikan Marugaye,” she wrote on Facebook.

Mzbel responded to Hajia’s post stating that she was confused and torn between following her Uncle’s request and following her father’s will.

“Hajia at this point I’m lost and confused!

my Uncle in Manchester, Nana Asare Oky3hen Yeboah I Apagyehene, Nana of Ekumfi Nanabin Twidan Royal Family. Again the Chief of the Mfanteman Association of the Greater Manchester UK wants us to honor my Dad with a funeral… please reach out to him,” Mzbel responded.
Up Next

Ghanaian rapper, Kwaw Kese has reacted to the trending purported copy of a will of Kwadwo Owusu Afriyie, popularly known as Sir John. END_OF_DOCUMENT_TOKEN_TO_BE_REPLACED

Nigerian actress, Eucharia Anunobi, has revealed she urgently needs a man to settle down with. END_OF_DOCUMENT_TOKEN_TO_BE_REPLACED

General Manager of GhOne TV, Nana Aba Anamoah and Broadcaster, Serwaa Amihere have chided supporters of the New Patriotic Party (NPP) for defending the purported copy of a will of Kwadwo Owusu Afriyie, popularly known as Sir John. END_OF_DOCUMENT_TOKEN_TO_BE_REPLACED

Kourtney Kardashian and Travis Barker have got married – again. END_OF_DOCUMENT_TOKEN_TO_BE_REPLACED