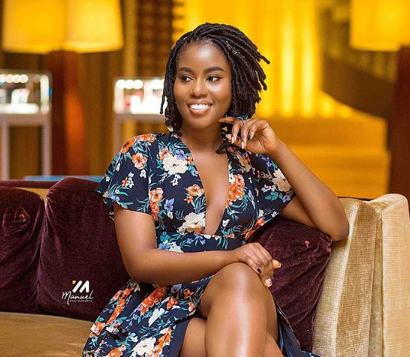 The ‘bend down’ hitmaker hasn’t been active in the music scene since last year which many thought it was because she was pregnant. others claimed she was having issues with some members of the Lynxx entertainment family.

However, in a statement the singer shared on her Instagram page, she revealed that she decided to take a break from music to “re-energise’ get in touch with self and redefine my artistic expression in a way that allows me give my best to my fans”

Watch: Burna Boy asks security to remove man from concert after he refunded his ticket money

What a time to be an African! On the back of a successful Global Citizen Festival in Accra, and a visit of  Recording Academy CEO, Harvey Mason Jr to Ghana, his first trip to West Africa, it appears that Afrobeats may soon get its individual shine at the Grammys! END_OF_DOCUMENT_TOKEN_TO_BE_REPLACED

The School of Graduate Studies of the University of Professional Studies (UPSA) has honoured Ghanaian musician, Rebecca Acheampong known popularly as Becca for her outstanding academic achievements. END_OF_DOCUMENT_TOKEN_TO_BE_REPLACED

Platinum selling artist, KiDi has reacted to the resurfacing of his old tweets on the social media platform. END_OF_DOCUMENT_TOKEN_TO_BE_REPLACED