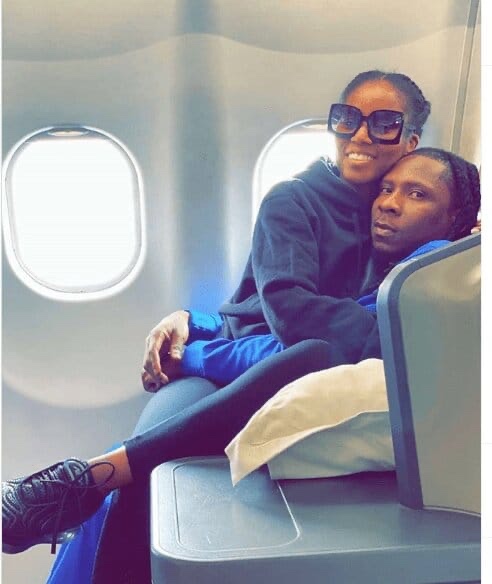 Singer Mzvee has finally reacted to the rumors making the rounds that she’s in a romantic relationship with Mugeez.

Speaking to Media General’s Mzgee in an interview, the ‘Sheriff’ crooner, stated that the whole drama  “is like a retake from Stonebwoy and myself after ‘Natural Girl”

Mzvee went on to explain her photo with Mugeez that fueled the whole dating rumours.

According to her, she and Mugeez are about to drop a song.

“We went to shoot a video together in South Africa. I think it’s that picture I posted that made people talk. I think I went to hug him in his seat and that was it and people are saying MzVee and Mugeez. It was just an innocent picture”  she said.