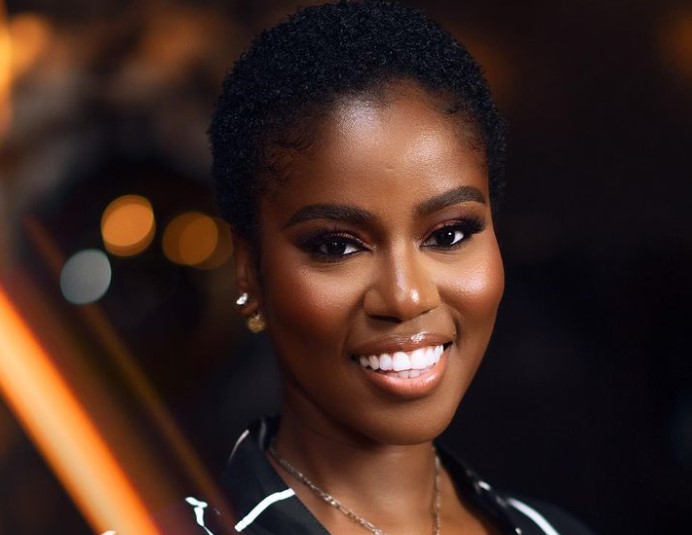 Ghanaian singer MzVee has recalled several encounters with some music stakeholders where she was told she wouldn’t succeed because she looked like a gospel musician.

According to the “Natural Girl” hitmaker, her 10-year longevity in the music industry was because she stayed true to herself.

She said this during the album listening session of her yet to be released “10 Thirty” album, which features the likes of Tiwa Savage, Bella Shmurda, Yemi Alade, Stonebwoy, Kofi Kinaata, Kwesi Arthur, and Tanzanian superstar Harmonize.

The multiple award-winning artiste said: “Throughout my career, I have had people tell me to change a little bit. I have sat in offices with big industry stakeholders who told me I wouldn’t succeed in the industry because I looked like a gospel musician.

“A brand that can last is the brand that is himself/herself, and I am myself. I have been this way from the beginning and I would not change, and that is why my brand has lasted.

“When I started music, some people were telling me to deviate a little bit from my personality, that is, wear something more explicit and sing more explicit songs, but I told them it wouldn’t last because I couldn’t sustain it.”

MzVee further revealed that she had to take time off from doing music in her early career but was delighted to finally make a strong comeback.

Her much-awaited album is set for release on June 23, 2022.  it will be available across all streaming platforms, with a musical concert billed for June 25, 2022.

Your wife’s money is her money, don’t fight her over bills- McDan

Bose Ogulu has told her son Burna Boy to “tone down the madness” as she celebrated his birthday. END_OF_DOCUMENT_TOKEN_TO_BE_REPLACED

The Hewale Lala (Song Of strength) hit maker Perez Musik gets ready to have his first-ever major concert. END_OF_DOCUMENT_TOKEN_TO_BE_REPLACED

Kofi Sonny, CEO of 610Music, a direct representative for Universal Music Group in Africa, unveiled two of his newly signed artistes to the world over the weekend. The event pulled in dignitaries from all over the globe to witness what many have dubbed “the birth of greatness.” END_OF_DOCUMENT_TOKEN_TO_BE_REPLACED