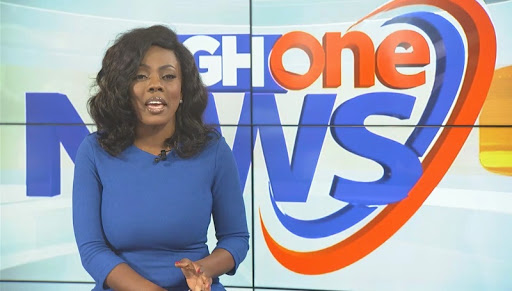 The journalist made a grand return to the media scene after her resignation from TV3 on February 15th 2016, through GhOne TV’s
‘State of Affairs’ show. Since then, Nana Aba hosted the sports show ‘Cheers’ and is also a news anchor on the TV station.

For four years, she has played several roles at the television station until her new position as General Manager.

An inside source close to the journalist also confirmed the news to ameyawdebrah.com.

GhOne TV has faced some challenges over the years which led to the station losing some of its prominent on-air personalities.

Hopefully, with her new appointment and experience, the station will see more success in the coming years.

For the 6th time in 2022, Chief One has copped another major nomination! END_OF_DOCUMENT_TOKEN_TO_BE_REPLACED

Nigerian singer Kizz Daniel has been reportedly arrested by the Tanzanian Police for refusing to perform at an event. END_OF_DOCUMENT_TOKEN_TO_BE_REPLACED

Member of Parliament for the Dome-Kwabenya Constituenc, Sarah Adwoa Safe has penned a sweet message to her partner as they celebrate four years of marital bliss.  END_OF_DOCUMENT_TOKEN_TO_BE_REPLACED