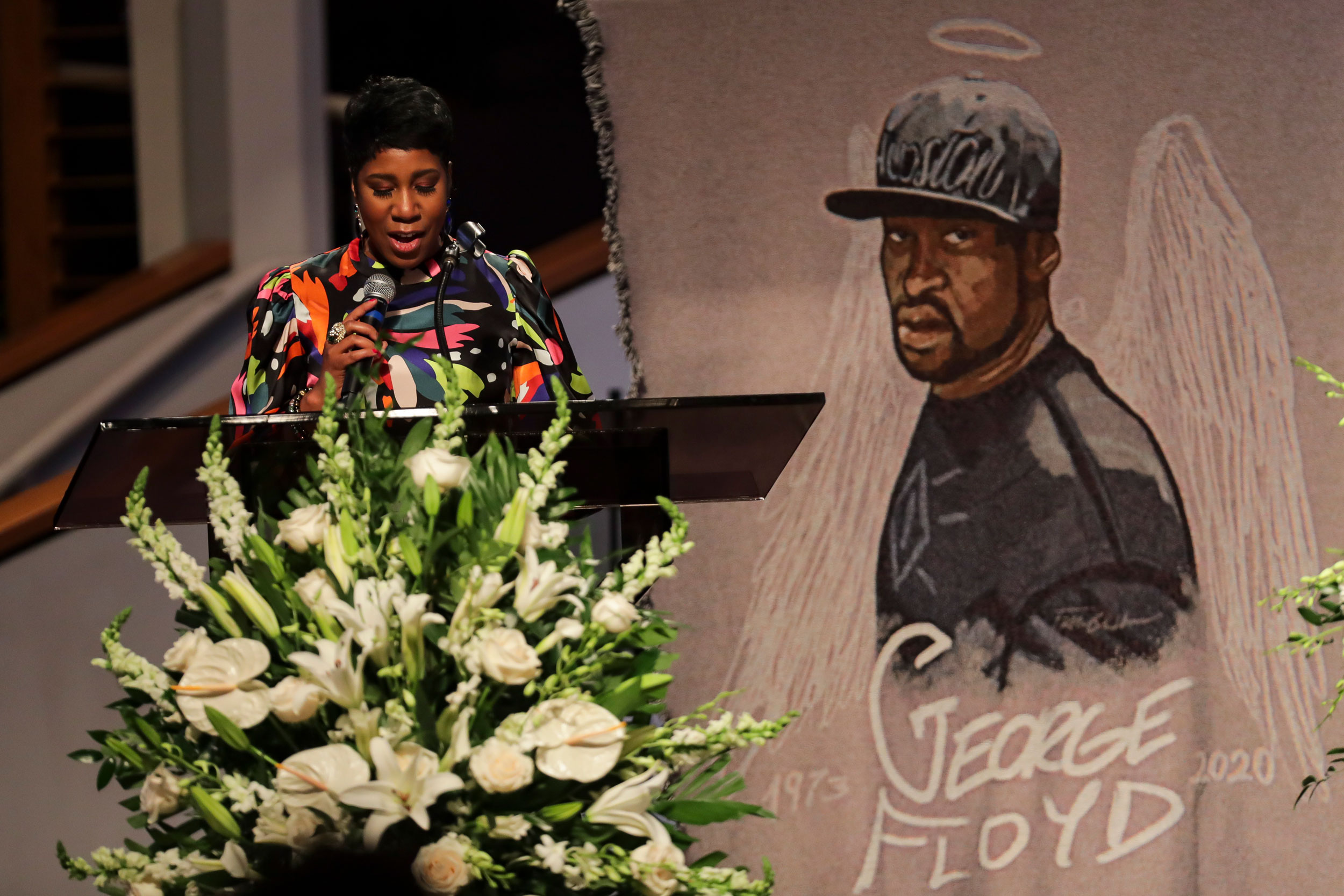 Ivy McGregor reads a resolution during the funeral for George Floyd on June 9 at The Fountain of Praise church in Houston. Godofredo A. Vasquez/Poo/AFP/Getty Images

Ivy McGregor, of The Fountain of Praise church in Houston, announced during the funeral service for the late George Floyd, that the President of Ghana would be permanently mounting George Floyd’s name on a wall at the Diaspora African Forum in the W.E.B. Du Bois Center in Ghana.

“The family of George Floyd would like to acknowledge the message of resolution and solidarity and visual tribute from his excellency Nana Akufo-Addo, the President of Ghana,” McGregor said Tuesday during the private memorial for Floyd.
A video produced by “the people of Ghana” was played during Monday’s public viewing.

W. E. B. Du Bois Memorial Centre for Pan-African Culture is a memorial place, a research facility and tourist attraction in the Cantonments area of Accra, Ghana, that was opened to the public in 1985.

It is named in dedication to W. E. B. Du Bois, an African-American historian and Pan-Africanist who became a citizen of Ghana in the early 1960s. He lived there in his last few years at the invitation of President Kwame Nkrumah, while compiling the Encyclopedia Africana.

Feature: Why Ghanaians are on the side of Wendy Shay today

A Davido, Kelvyn Boy collabo could be on the way. END_OF_DOCUMENT_TOKEN_TO_BE_REPLACED

Eyinatayo Iluyomade, a 19-year-old Lagos-based comedian, has been arrested and charged to court for saying an expensive joke. END_OF_DOCUMENT_TOKEN_TO_BE_REPLACED

Despite the public not being privy to the romantic life of Ghanaian actress Salma Mumin, she has revealed her heart has been broken several times. END_OF_DOCUMENT_TOKEN_TO_BE_REPLACED

The Lioness of Africa, Wiyaala and the King of African Dancehall, Shatta Wale on Saturday, August 13, 2022, rocked the Summer Stage in New York City. END_OF_DOCUMENT_TOKEN_TO_BE_REPLACED

Legendary Ghanaian rapper, Tinny has descended heavily on Stonebwoy and Mercury Quaye over some comments they had made on radio concerning the confiscation of his car. END_OF_DOCUMENT_TOKEN_TO_BE_REPLACED