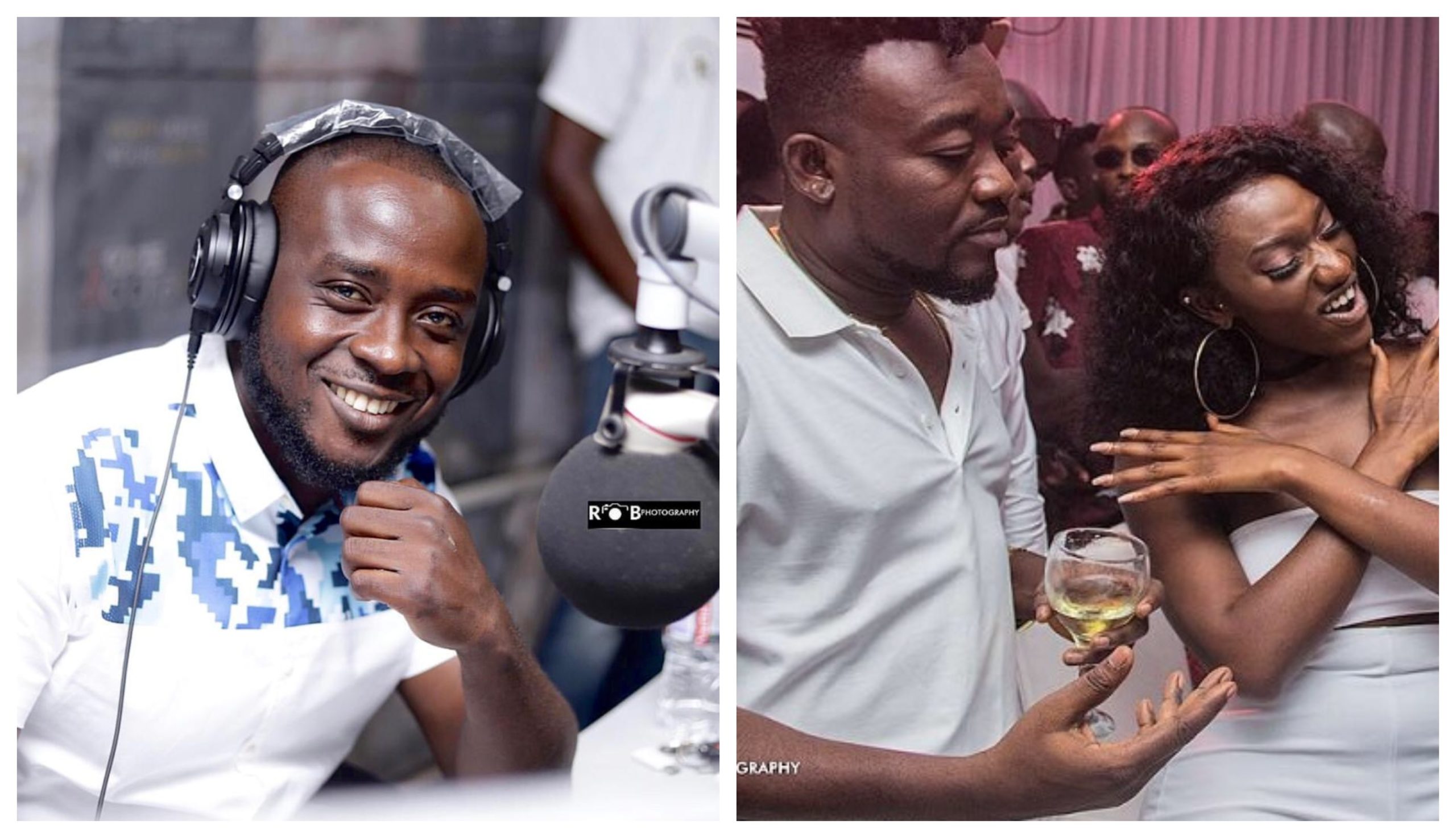 Accra FM presenter Nana Romeo has refuted reports making rounds that he has been arrested after he threatened to release a s*x video involving Wendy Shay and her manager.

In a recent interview with Zionfelix Nana Romeo stressed that Wendy Shay and her manager( Bullet) shouldn’t dare him else he would expose them.

Watch: Nana Romeo insists he has proof that Wendy Shay and Bullet are involved romantically

Some media houses had reported that the Radio presenter was picked up by the police following his earlier comments.

However, in a WhatsApp chat with zionfelix the Radio host disproved reports claiming that he’s been arrested.

Asked if the reports circulating on social media about his arrest was true.

Nana Romeo has been under fire after an interview with Rufftown Records signee, Wendy Shay went bad.

Checkout this adorable photo of Fameye and his baby boy

Legendary Ghanaian highlife musician and performer, Kwabena Kwabena has revealed what inspires him to get his lyric juices flowing.  END_OF_DOCUMENT_TOKEN_TO_BE_REPLACED

Ghanaian Media Personality, Jessica Opare Saforo has stated that working for close to two decades in the media took the best parts of her life. END_OF_DOCUMENT_TOKEN_TO_BE_REPLACED