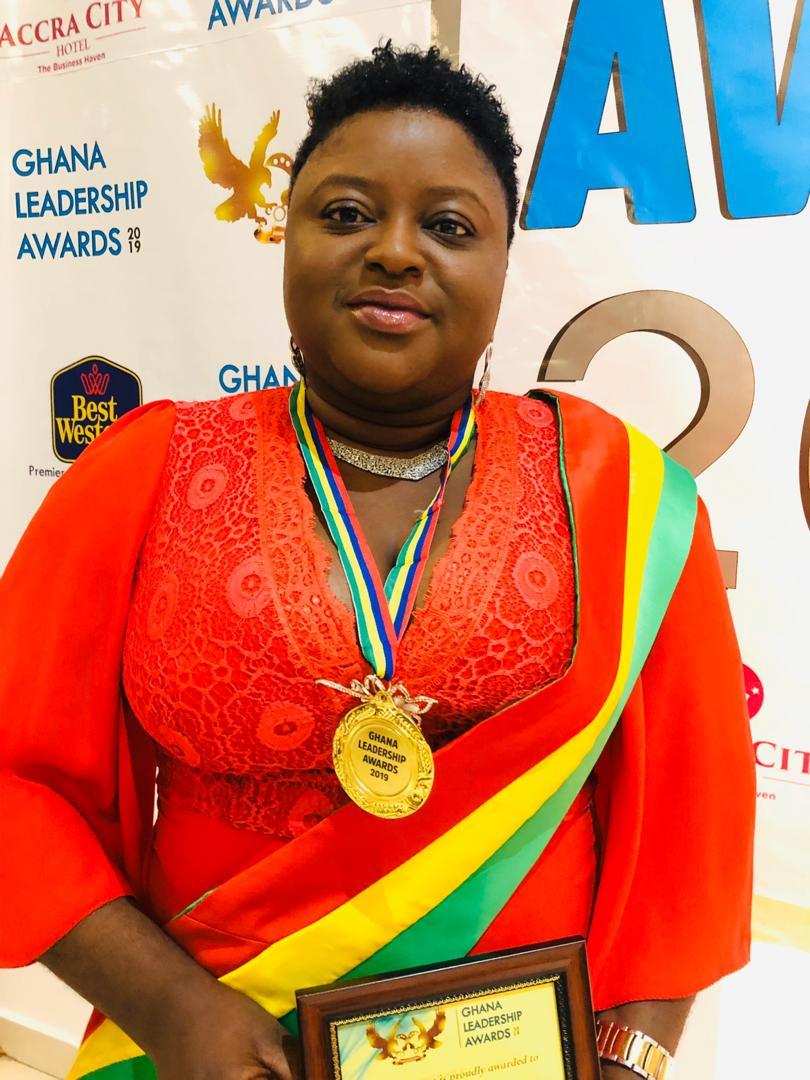 Nana Yaa Serwaa Sarpong, a multiple award-winning Media Practitioner and an accomplished Entrepreneur has been honoured with Media Personality of the Year Award by the Ghana Leadership Awards.
The award is in recognition of her superior leadership and contribution to Ghana’s media landscape.
The 2019 edition of the event which took place on Saturday 28th December at the Best Western Premier Hotel in Accra recognized her impact on society and extraordinary leadership achievements throughout her career by presenting her with an Award.
The awards ceremony held under the theme: ‘The Leadership Future of the Ghanaian and the African Youth’,seeks to celebrate and recognise most outstanding and exemplary leadership that positively impacts the development of Ghana and Africa.
Nana Yaa in her comments, dedicated the award to all those who have contributed to her journey of excellence in the media as she marks off her 20th Anniversary in Media.
Some of the award recipients at the ceremony include Former Gender, Children and Social Protection Minister, Otiko Afisa Djaba who picked CEO of the year award in honour of her work at the Henry Djaba Foundation. The Multimedia Group also won the Media Group of the year.
Other awardees are the Auditor General, Mr Daniel Yaw Domelevo, George Andah (MP and Deputy Minister of Communications), Ibrahim Oppong Kwarteng (Executive Director Of Crime Check Foundation), Dr Mrs Leticia Osafo-Addo (CEO of SAMBA Foods), Dr Akwasi Osei (Former CEO of Mental Health Authority) among others.
Serwaa Sarpong’s long and distinguished career in Television started back in 1999 with Fontonfrom TV and she has moved on to successfully lead the setting up and/or management of Multiple TV Stations including all 3 Crystal TV FTA Channels as well as The Multimedia Group’s Cine Afrik, 4Kids, The Jesus Channel and Joy Prime where she worked until September 2019. Currently, Nana Yaa continues in her media leadership stride through  Industry Consultancy alongside her numerous business investments and NGO, League of Extraordinary Women.
Story by Clifford Owusu
Related Topics:Nana Yaa Serwaa Sarpong
Up Next