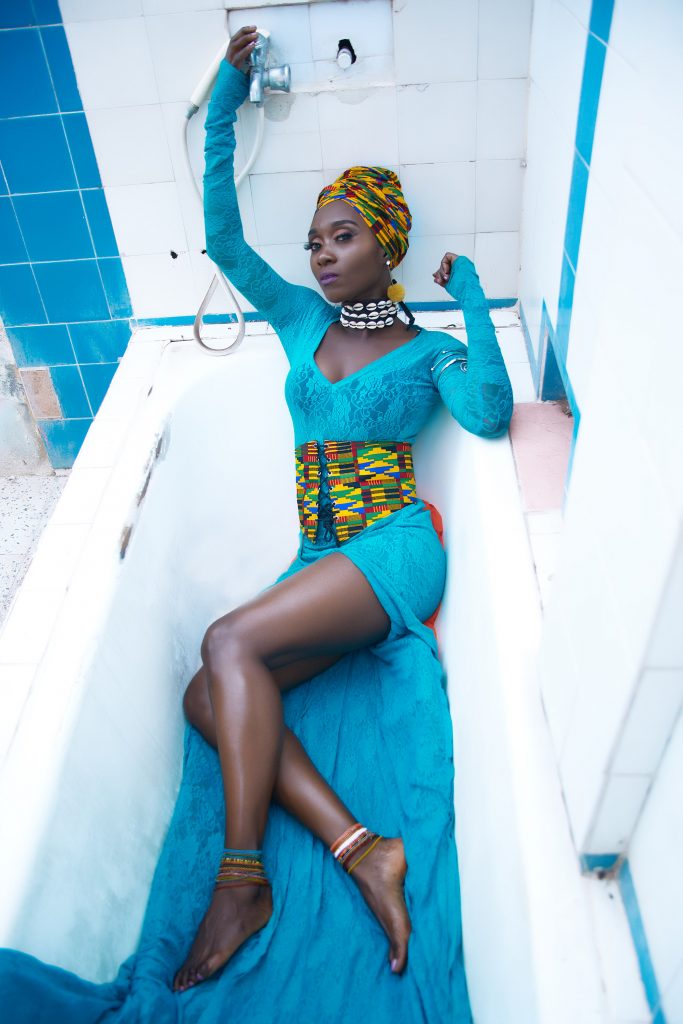 NanaYaa set to release ‘Manye 1’ album – December 20[/caption] NanaYaa  ‘My hunny’ hit maker is set to release her debut album titled: ‘Manye 1’ on December 20th.   The 13-track album features artistes such as Edem, Flowking Stone, Shaker, Zeal of VVIP and dancehall act Epixode. It also has productions from Wei ye Oteng, Genius Selection, Citruss Beatz, Apya on the beatz, Ivan on the beatz and KSJ (Kwame Everett).   Listening to the songs on the album, (Manye 1) it shows the versatility of the singer in a more exciting way you will really appreciate.   There is a song for every type of music lover on the ‘Manye 1’ album by NanaYaa.   In talking about the debut album, the vocalist queen, NanaYaa noted that this album started off as an EP, then later to a mixtape and then now an album.   NanaYaa explained the album title Manye 1 as, ‘call it a re-birth or re-introduction of myself’. The title was heavily inspired by the fans especially my new ones; they have received me so well such that now everywhere I go all I hear is ‘Manye 1’.   Also “Manye” means a queen and since everyone calls me the queen of vocals, why not affirm the validation my fans and the world has already bestowed on me by making it official.   With regards to the songs on the album, NanaYaa disclosed that all songs have a story and special vibe. “Let me say that all 13 songs on this album even though fits every genre and music lover, they are all commercially good songs” – She opined.   In clearing the air on a story circulating in the media as to why Kojo Antwi and her dad were not on the album, Nanayaa set the records straight by saying that hopefully in 2019 there will be an album that will feature a lot of the big boys from Kojo Antwi, my dad (Pat Thomas) down to every one that fits the Neo-Soul, Hi-life and afro-album but this one, ‘Manye 1’, my debut was put together strictly for the fans & for commercial purposes.   The album- “Manye 1” by NanaYaa will be available on all music outlets this Thursday – December 20thbut fans can get a exclusive first time listening on Aftownmusic.com and Boomplay.   You can pre-order the album here: https://efie.co/83Elcfor only GHS20.   Thank you all for your support thus far and we know you will do so by purchasing this album by NanaYaa.  ]]>

Ghanaian rapper, Okyeame Kwame has opined that the new crop of rappers in the industry are far “better” than him and others who have been in the game for two decades. END_OF_DOCUMENT_TOKEN_TO_BE_REPLACED

Ghanaian rapper, Sarkodie may be gearing up to speak against the governance of the nation by the ruling New Patriotic Party (NPP). END_OF_DOCUMENT_TOKEN_TO_BE_REPLACED

Ghana’s social media has been buzzing after a video showing a young  Ghanaian in police escort to go and buy a burger went viral! END_OF_DOCUMENT_TOKEN_TO_BE_REPLACED

Broadcast Journalist at Metro TV, Bridget Otoo has come after employers who fail to pay their workers, yet live lavishly. END_OF_DOCUMENT_TOKEN_TO_BE_REPLACED