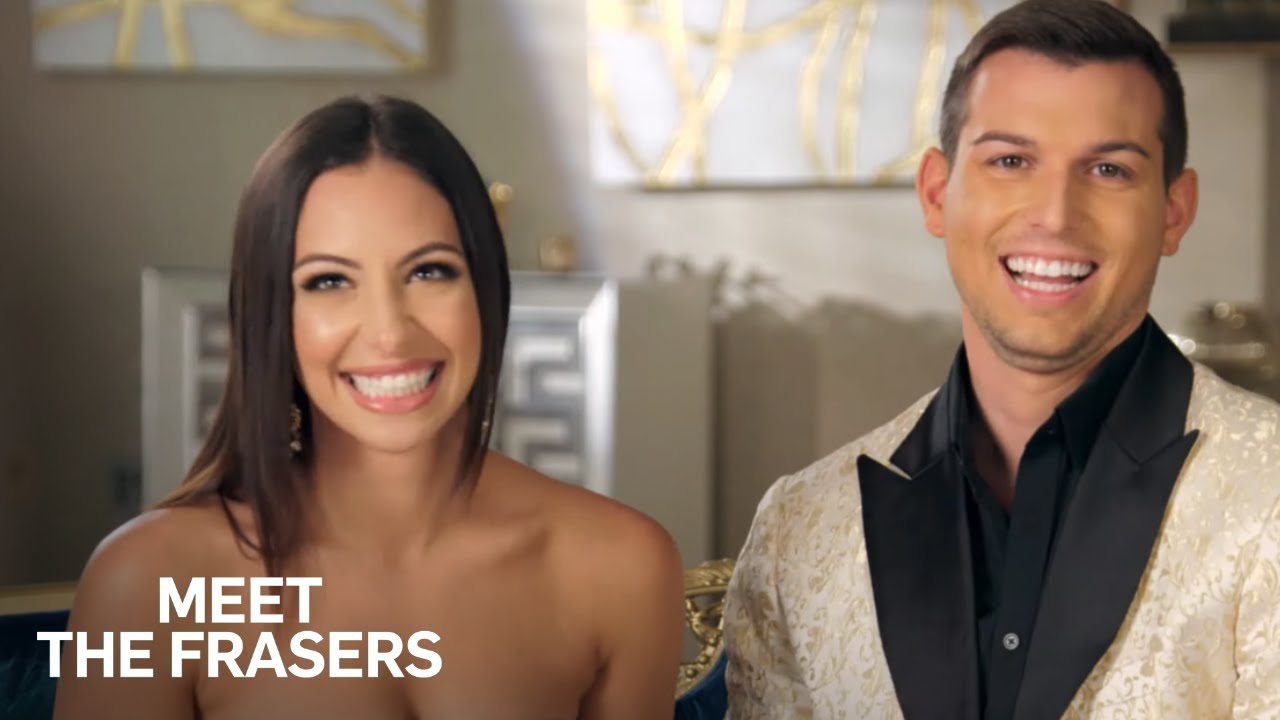 The series premiere of a new reality sitcom “Meet the Frasers,” following celebrity psychic medium 28 year-old Matt Fraser and his 21-year-old pageant queen girlfriend Alexa Papigiotis will be on January 13, 2020 on E! Entertainment at 10:00 pm, EST in two back to back episodes. It will also be seen in 153 countries.

Matt and Alexa are highly visible local celebrities in their hometown of Cranston, Rhode Island. Matt and Alexa are envisioning big things for their future. Matt’s captivating live reading events are growing more popular and his book “When Heaven Calls” will soon be published by Gallery at Simon and Schuster.

And while Alexa supports Matt on his coast to coast tour, she’s got big dreams of her own. She’s setting her sights on her fashion career and procuring a fabulous engagement ring.

This couple is definitely on the rise – as long as their overly-involved families don’t get in the way. The eccentric family does everything together, from driving to Matt’s readings in an SUV emblazoned with his likeness, to debating if there’s such a thing as too much bling when Matt decides they need to wear matching jackets while working his events. Matt and Alexa can always count on their families to give them unwavering support and advice – even when they haven’t asked for it. His father is Roderick Fraser who served as the Boston Fire Commissioner for 7 years.

Matt Fraser, is not your typical psychic medium. For someone who speaks to the dead all day, he’s high energy, down to earth and outrageously funny! The show follows the success of the hit series Keeping up with the Kardashians which is currently on their 18th season.

Related Topics:Meet the Frasers
Up Next

Actor-turned-musician, Frank Naro’s latest single, “I Like It” sees him experimenting with the trending ‘Amapiano’ music phenomenon. END_OF_DOCUMENT_TOKEN_TO_BE_REPLACED

Mista Myles is in with his first release of the year today, ‘Toxic Love’ – a song about what would easily pass as an intense night in the Sin City, Vegas. Stream or download ‘Toxic Love’ across all major digital platforms here: https://ffm.to/6vr4ra9 END_OF_DOCUMENT_TOKEN_TO_BE_REPLACED