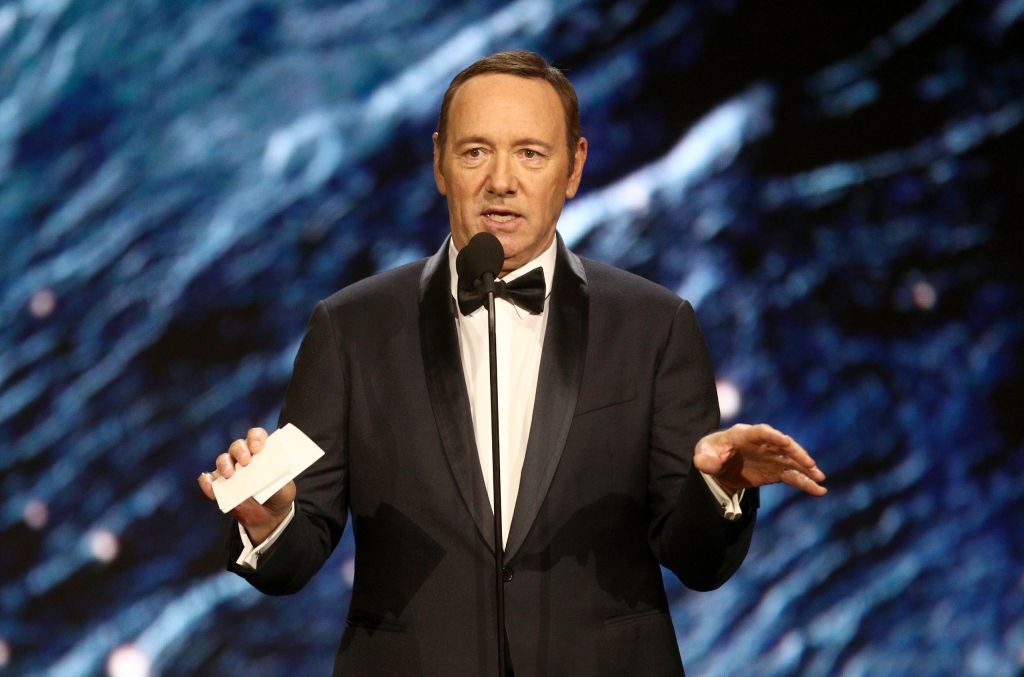 BEVERLY HILLS, CA – OCTOBER 27: Kevin Spacey onstage to present Britannia Award for Excellence in Television presented by Swarovski at the 2017 AMD British Academy Britannia Awards Presented by American Airlines And Jaguar Land Rover at The Beverly Hilton Hotel on October 27, 2017 in Beverly Hills, California. (Photo by Frederick M. Brown/Getty Images)[/caption] 58-year-old actor Kevin Spacey and Netflix will no longer be working together, following allegations of sexual assault. According to THR, in an official statement released by the company, they announced that they will not be involved in the production of the show as long as Kevin is included. The statement reads: “Netflix will not be involved with any further production of House of Cards that includes Kevin Spacey. We will continue to work with MRC during this hiatus time to evaluate our path forward as it relates to the show, We have also decided we will not be moving forward with the release of the film Gore, which was in post-production, starring and produced by Kevin Spacey.” Media Rights Capital also issued a statement soon after, confirming that Spacey has been suspended from the series. “While we continue the ongoing investigation into the serious allegations concerning Kevin Spacey’s behaviour on the set of House of Cards, he has been suspended, effective immediately. MRC, in partnership with Netflix, will continue to evaluate a creative path forward for the program during the hiatus.”]]>

Meek Mill could face close to 2 years in prison