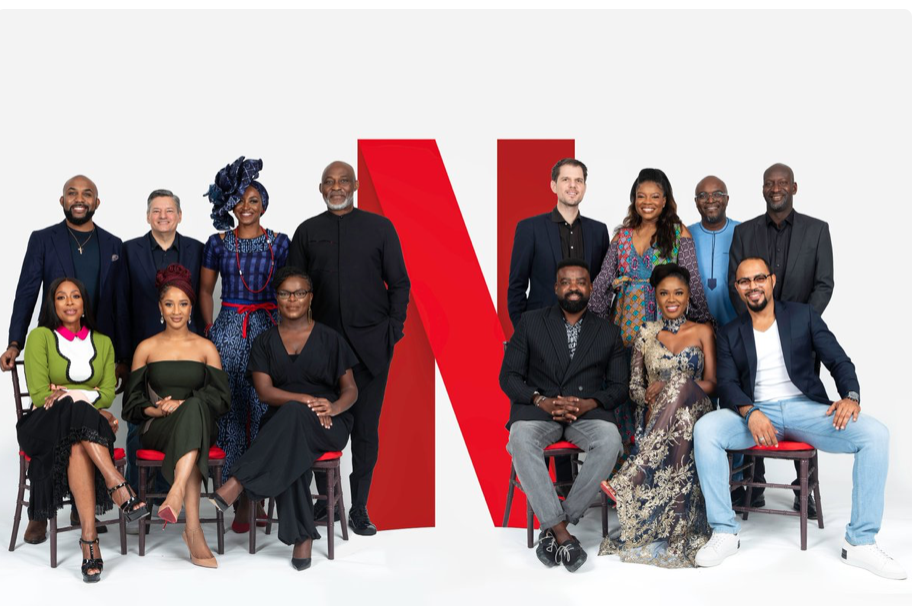 Movie streaming giant, Netflix has announced its presence in Nigeria.

The announcement was made yesterday via Twitter with a photo of some notable Nigerian actors including Banky W, Adesua Etomi, Kunle Folayan, Kemi Adetiba, Omoni Oboli as well as veteran actors Ramsey Nouah and Richard Mofe-Damijo.

“N is for Naija. N is for Nollywood. N is the 14th alphabet. 14 is also how many great talents you’re looking at. N is for Netflix. But most importantly…hello, Nigeria!” the caption read.

N is for Naija. N is for Nollywood. N is the 14th alphabet. 14 is also how many great talents you’re looking at. N is for Netflix. But most importantly…hello, Nigeria! pic.twitter.com/js8z3LIyM3

Netflix already made its presence known in the Nigerian market when they procured Genevieve Nnaji’s “Lionheart” movie in 2018.

“This drama tells the story of Kemi, a goddess reincarnated as a human to avenge her sister’s death,” reads the series’ press release.

While details around the shows and the launch of Netflix Naija still remain mostly under wraps, many have responded with excitement about what’s to come. This development will likely mean more local content for Nigerian subscribers.

“Our continent has a wealth of diversity, multiplicity and beauty in stories that have yet to be told,” said Dorothy Ghettuba, Netflix’s head of African Originals. “And we want to be top of mind for creators in Nigeria, especially when it comes to stories they haven’t had a chance to tell yet.”

Ghanaian actress, Yvonne Nelson, has come to the defence of veteran actor, Psalm Ajetefio (TT), over his “plead for leftovers” scandal that has hit the country over the past couple of days. END_OF_DOCUMENT_TOKEN_TO_BE_REPLACED

Despite public opinion that actress Yvonne Nelson has gone silent on the current ruling party, the New Patriotic Party (NPP), she begs to differ. END_OF_DOCUMENT_TOKEN_TO_BE_REPLACED

Caring Volunteers Network (CAVNET), INC, a Ghanaian based Non-Governmental Organization has received approval as a tax-exempt organization under the Internal Revenue Code (IRC) section 501 ( c ) (3) of the United States. END_OF_DOCUMENT_TOKEN_TO_BE_REPLACED