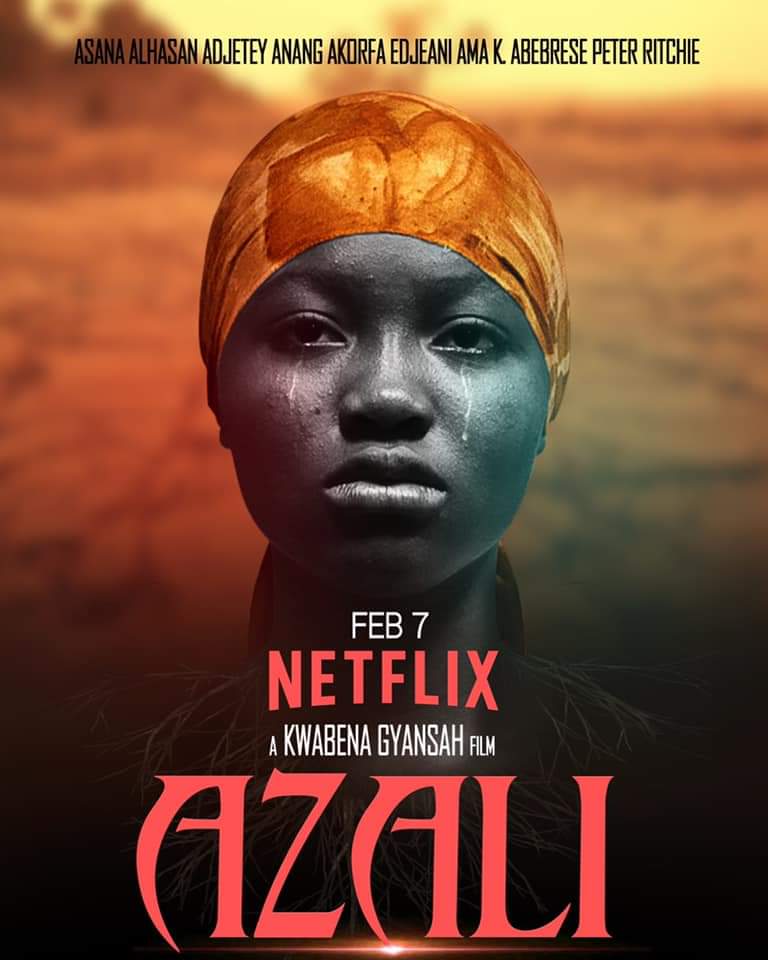 Ghanaian movie ‘Azali’ has added another achievement to its list by securing a deal with online streaming platform ‘Netflix’. It will be the 4th Ghanaian movie streaming on Netflix from 7th February.

After winning the highest number of awards at the Ghana Movie Awards in 2018 and Golden Movie Awards Africa in 2019, 2020 looks exciting for the movie producers.

Netflix will add Azali to its list of movies which will be among several of the best African films and the platform has a desire to retain an African audience which keeps growing.

To note, Netflix has approximately 1.41 million subscribers in Africa.

The movie set in Northern region using the Dagomba language and English and was Ghana’s official submission for the 2020 Oscars.

The movie was written by Gwandellen Quartey and produced by Ananse Entertainment in collaboration with Motion Revolutions; both Ghanaian owned companies.
Peter Sedufia’s “Keteke” and “Side Chick Gang” started streaming on Netflix from the 31st of January, 2020.

“Side Chic Gang” and “Keteke” to start streaming on Netflix, January 31st.