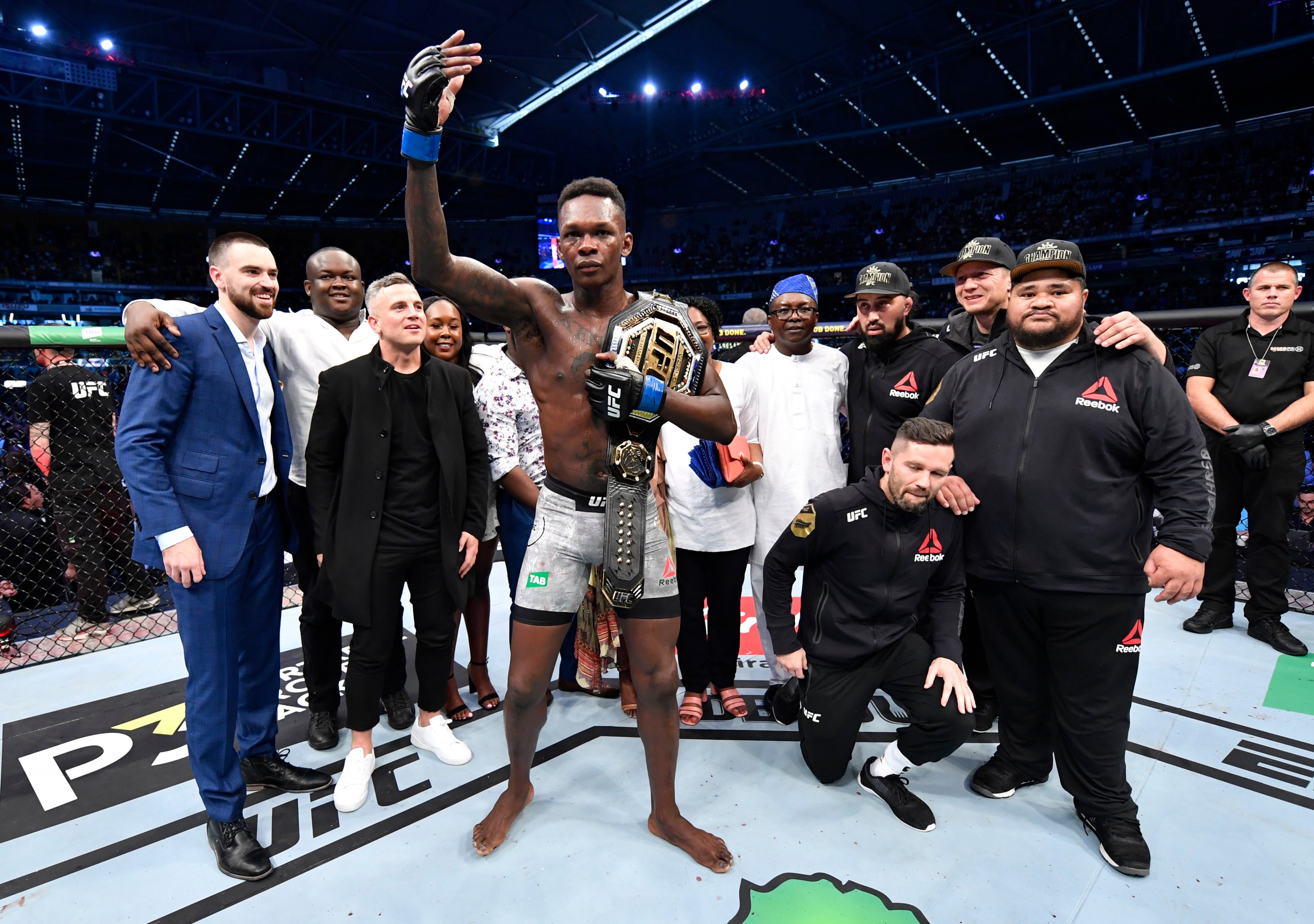 New Zealand-based Nigerian Israel Adesanya closed the show on Robert Whittaker in the second round via TKO to become the undisputed middleweight champion at Marvel Stadium in Melbourne.

Israel Adesanya is the new UFC middleweight champion as he finished Robert Whittaker at UFC 243.

It seemed like it was just a matter of when Adesanya would finish Whittaker. In the last seconds of the first round, Adesanya dropped him with a huge shot but the bell sounded as Whittaker hit the ground.

The finish came in the second round once both fighters had an exchange in the pocket and Adesanya dropped him with the counter right hook before following up with strikes on the ground. 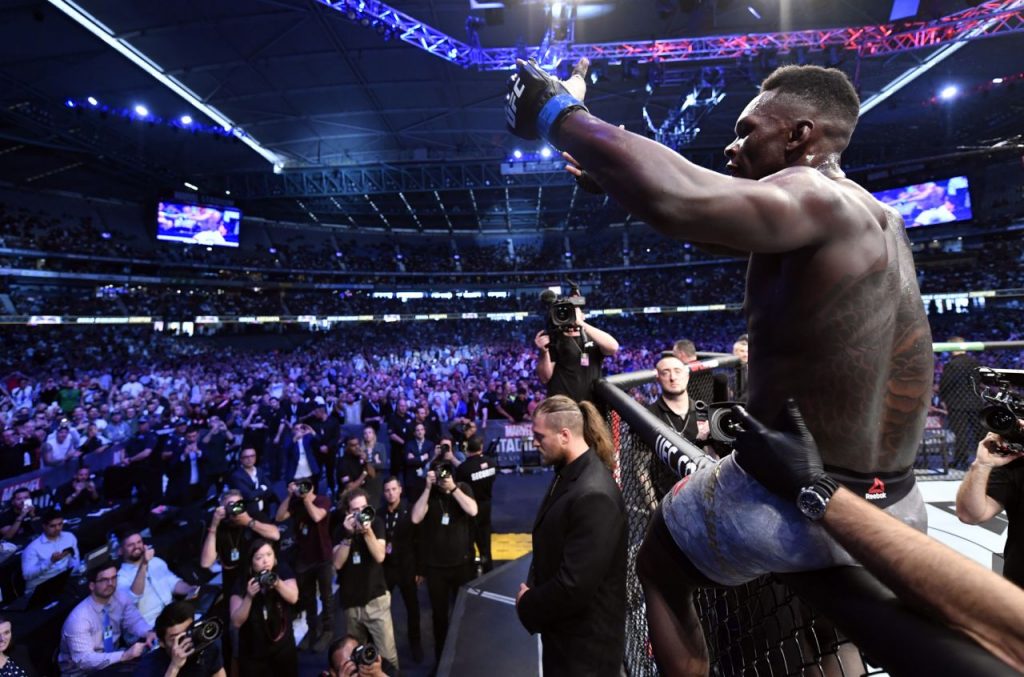 The two fighters met in a lightweight bout at the UFC 243 pay-per-view from Sydney, Australia at the Marvel Stadium.

Whittaker was originally slated to defend his title against Kelvin Gastelum at the UFC 234 pay-per-view. However, he had to pull out of the fight at the last minute due to a hernia and collapsed bowel. The UFC champ was on a nine-fight win streak heading into this bout.

American musician,  Usher has taken a part of Ghana with him back to the United States of America. END_OF_DOCUMENT_TOKEN_TO_BE_REPLACED

Black Sherif is getting ready to release his debut album, and the tracklist has everyone excited. END_OF_DOCUMENT_TOKEN_TO_BE_REPLACED

The Ghana Police Service has mounted a search for a man who was caught on video flogging a baby under a tree. END_OF_DOCUMENT_TOKEN_TO_BE_REPLACED