On a night when Mondo Duplantis also broke his own pole vault world record, Amusan ran a staggering 12.12 seconds in her semi-final to beat Kendra Harrison’s old best by 0.08 sec – smashing her personal best time by nearly three-tenths of a second.

Immediately after the race, the former world 200m and 400m record holder, Michael Johnson, wondered whether the timing system at Hayward Field was off. He was far from alone. However it transpired that Amusan had been given a boost by using Adidas Adizero Avanti shoes, which are designed for 5km and 10km runners, rather than track spikes.

A heartwarming video of Nigerian Athlete, Tobi Amusan, dancing to Kizz Daniel’s Buga song shortly after she won gold in the 100-meter hurdles race at the World Athletics Championship in Oregon, on Monday morning, July 25, has been shared online.

Tobi was on the track celebrating her victory when she was stopped by British online personality,  Biro VR, who played Buga for her. Her face immediately lit up as she danced to the song.

In a statement shared on his Facebook page, President Buhari congratulated Tobi for winning the women’s 100m hurdles, setting a new world record in the semifinals of the athletic event,  and winning the World Championship. He also extended his congratulatory message to Ms. Brume for representing Nigeria with honor and pride and winning a silver medal in the Women’s long jump event.

”I join millions of Nigerians in celebrating Tobi Amusan and her stellar performance at the World Athletics Championships 2022.

Her new World Record and Gold Medal have brought excitement and joy and hope to all of us, and made our national anthem resonate on a global stage.

I also commend and celebrate Ese Brume for her long jump Silver Medal. #TeamNigeria have represented us with honour & pride; displaying courage, integrity and good sportsmanship, and proving that with hard work & determination, success is achievable.” 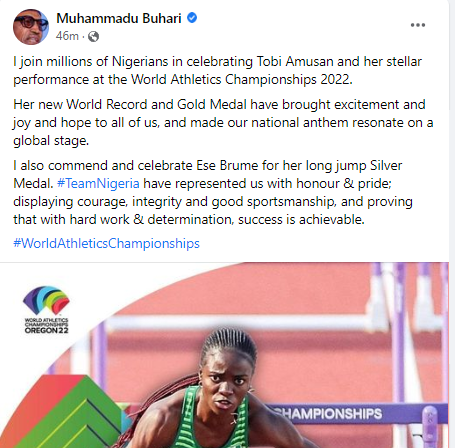 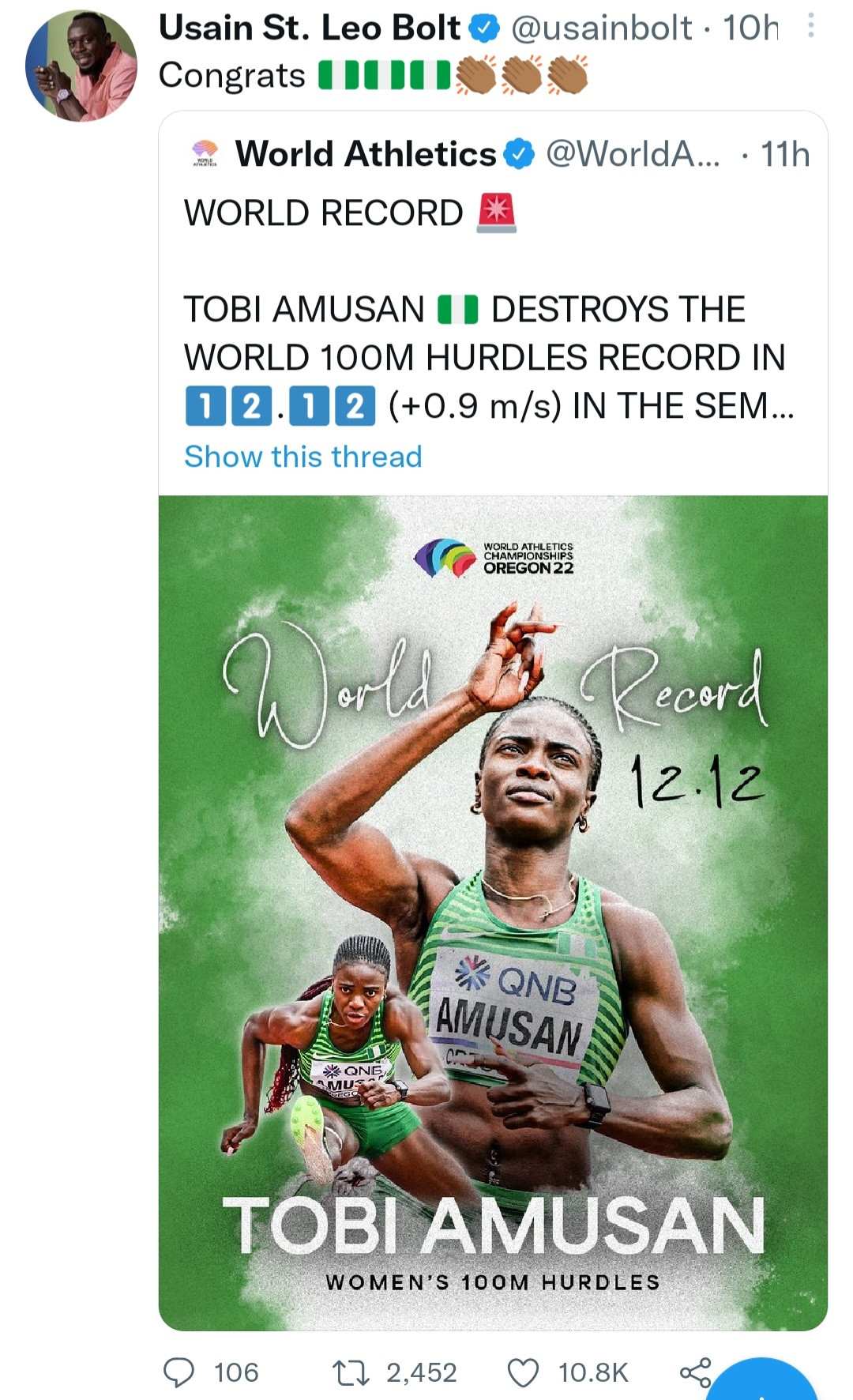 Amusan became the first Nigerian athlete to win a gold medal in the World Athletics Championship when she stormed to victory in the women’s 100m hurdles in Oregon.

Kate Moss explains why she testified in support of he ex, Johnny Depp

19-year-old Florida rapper Smokingskul has just shared his new single and video “Nina”. Smokingskul is at the helm of a new era of plugg music known as “dark plugg”which substitutes the ethereal sounds of “plugg” with more tonal melodies that are accentuated by distorted percussion, producing a grimey, DIY sound. END_OF_DOCUMENT_TOKEN_TO_BE_REPLACED

Drake officially has more slaps than The Beatles. END_OF_DOCUMENT_TOKEN_TO_BE_REPLACED

Swizz Beatz and Timbaland have filed a lawsuit against Triller, claiming the company still owes them $28 million for the sale of their Verzuz series. END_OF_DOCUMENT_TOKEN_TO_BE_REPLACED

Two well-known Italian ‘trappers’, a type of rap music, have been arrested for a suspected racially motivated attack on a Nigerian factory worker near Monza in Rome. END_OF_DOCUMENT_TOKEN_TO_BE_REPLACED