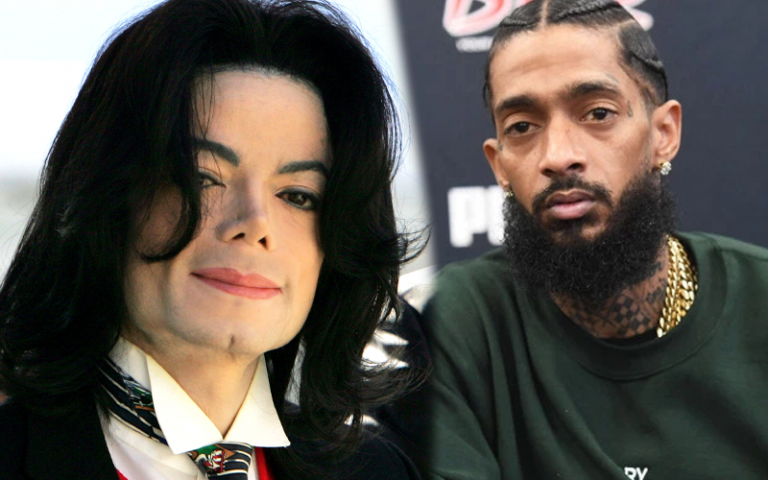 Forbes has released its rankings of top earners among celebrities who have passed away.

Measuring the period between October 2018 and October 2019, Michael Jackson lands at No. 1 on the financial magazine’s list, raking in $60 million in pretax income.

This is the seventh consecutive year the King of Pop has earned the top spot.

Other notable names include Nipsey Hussle and XXXTentacion. Since he maintained the rights to his masters and accumulated 2 billion streams during the year-long period, Hussle was able to earn $11 million to round out the top 10. XXXTentacion was a spot behind coming in at number 11, raking in $10 million.

Prince’s estate also made the list, earning $12 million and placing ninth the same week as the release of his memoir, The Beautiful One.

Andy Goram has died at the age of 58 after a short battle with cancer. END_OF_DOCUMENT_TOKEN_TO_BE_REPLACED

A woman who went viral 2 years ago for marrying the man who caught the garter after she caught the bouquet at their friends’ wedding, has shared an update on their marriage. END_OF_DOCUMENT_TOKEN_TO_BE_REPLACED

Liverpool star, Mohamed Salah has committed his future by signing the biggest deal in the club’s history. END_OF_DOCUMENT_TOKEN_TO_BE_REPLACED

R. Kelly has been placed on suicide watch at the federal detention facility in Brooklyn where he is being held following his sentencing to 30 years in prison on racketeering and sex trafficking charges. END_OF_DOCUMENT_TOKEN_TO_BE_REPLACED

A new photo of Nipsey Hussle’s murder suspect Eric Holder has surfaced online following reports that the alleged killer was attacked in his holding cell. END_OF_DOCUMENT_TOKEN_TO_BE_REPLACED