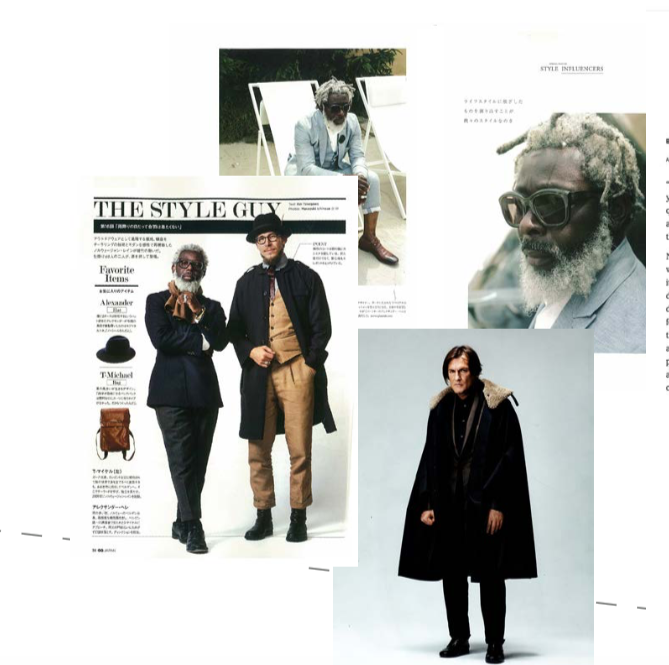 T-Michael, a Ghanaian born, designer and artist based in Bergen, Norway is heading to Ghana and at no better time than when the Year of Return would be at it’s peek.  While in Ghana, he is expected to meet  with some fashion students, influencers and personalities.

T-Michael’s work is based on a strong international platform where he is inspired by traditional tailoring, textiles , shapes and forms from all around the world.

A bespoke tailor/ designer /artist with a conceptual approach to men’s tailoring inspired by his love of sartorial traditions and his passionate quest for a different narrative within tailoring, design and creativity, to celebrate stylistic and cultural diversities present in today’s zeitgeist. He is known for his meticulous attention to detail and for his garments’ impeccable construction.

From his base in Bergen, the west coast of Norway, Ghanaian born T-Michael, has for the last 23 years been doing what he does best. Creating a unique sense of style and presence in his work and has attracted fans from across the globe. He is a favourite among street style photographers and a style icon for many from all over the world . He is constantly profiled in relevant magazine and blogs worldwide. He is a favourite and a well respected designer, exhibitor and curator at the world’s most relevant men’s fashion bi annual trade show Pitti Uomo in Florence Italy.

True, unadulterated beauty and craftsmanship goes into each of T-Michael’s pieces. Details, quality, tradition and style are few of the words that come to mind. Furthering the art and heritage of artisanal techniques of the past and redefining ready to wear styling of today’s zeitgeist.

The T-Michael Collection, a conceptual approach to men’s tailoring comprises of suits, shirts, jackets, shoes, bags, sunglasses, cufflinks, knits, scarves, socks and T Kimono, designed and crafted based on T-Michael’s unique everyday styling and ethos. It’s all about preserving old memories and creating new ones vis à vis each other. Traditional menswear with a contemporary spirit. The Flagship stores are situated in Bergen, Oslo, Paris, Tokyo and London (on the move presently).

T-Michael is currently collaborating with Y. & Sons (Yamato Ltd) a traditional kimono maker from Japan established in 1917 with over 135 stores in Japan. The concept is to present the kimono as an everyday menswear staple in the wardrobe of men today 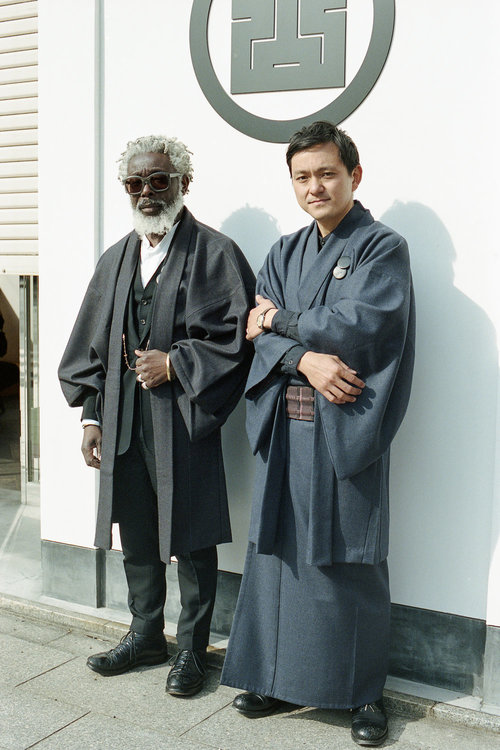 A beautiful meeting in Kanda, Tokyo, paved the way for this unique and innovative collaboration resulting in the T Kimono. Traditional bespoke maker Y. & Sons, part of Yamato Company with over 100 years experience sought out T-Michael expertise to shed new light on the kimono and to establish it as a staple in menswear along side other staples such as the suit, blazer, jeans and the iconic white shirt. Utilising a self-designed flannel wool cloth from Spain with a distinct mono stripe running through the entire length of the cloth, then juxtaposing it with the traditional kimono techniques to create the T Kimono.

The T Kimono comprises of the Haori (the jacket) and the Kimono (the suit). The Kimono is traditionally tied with a sash called the
Obi at the lower waist. The Haori is folded at the back of the neck and rolls nicely in place in front where it’s held together by a Haori Himo. The Haori and the Kimono currently come in one size fits all and are recommended to be worn either tied, fastened or left to drape effortlessly along your body frame.

“I loved how the T Kimono unites traditional kimonos with western suits. I don’t think you can find anything like that anywhere in the world. Congratulations!”
Kenneth Tan, Time Out Beijing

The T Kimono was awarded Best Design Product 2017 by Love Tokyo Awards arranged Time Out Magazine in Japan. It has recently being exhibited at the He Xiangning Art Museum in Shenzhen China and at the Modefabriek Design Fair in Amsterdam. And will also be presented at the V&A as part of their KIMONO: Kyoto to Catwalk exhibition in February 2020 and will also be part of the museum’s permanent collection. 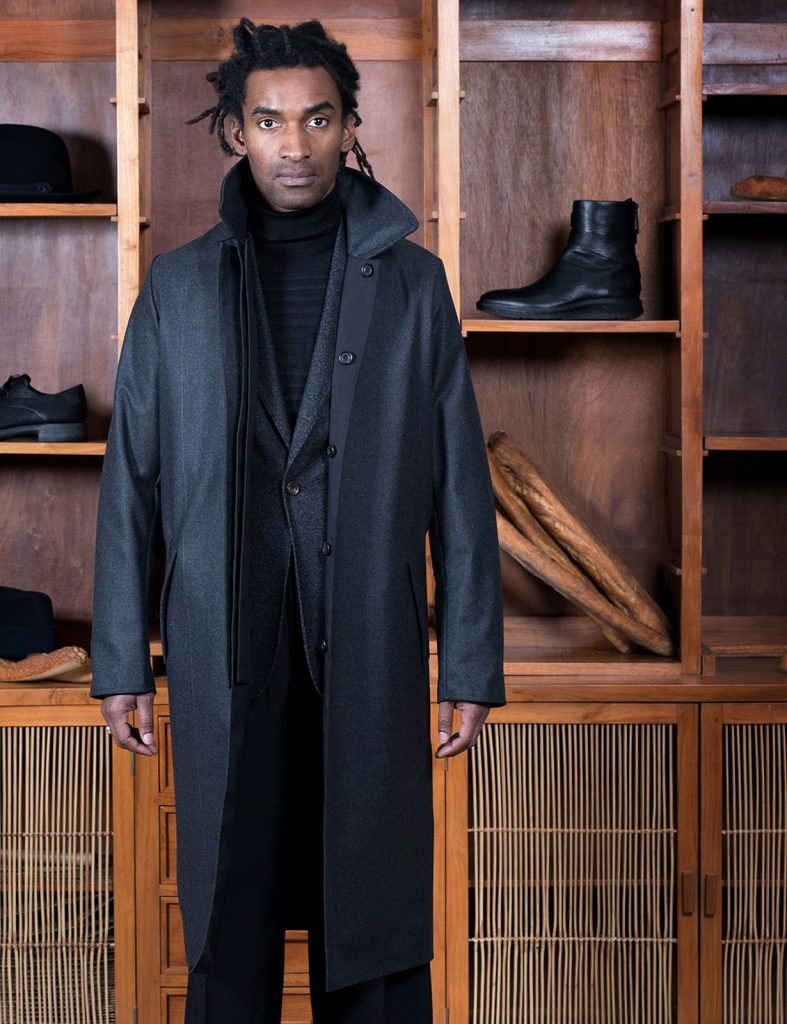 Say hello to the Award winning raincoats from the rainiest city in Europe, Bergen! Raining 2 out of 3 days calls for drastic sartorial decisions. T-Michael & Alexander Helle have revamped waterproof outerwear with their distinct approach based on T-Michael’s tailoring, high tech Japanese fabrics and hints of Japanese sensitivity.
The high tech is hidden.

The label was started 13 years ago and launched internationally 10 years ago. They were quickly voted by Vogue Italy as the best newcomers for that year. They have subsequently won other awards

T-Michael also dabbles in films and has from his creative film lab written, co directed, produced and art directed 6 films and also works as a creative consultant for various designers and firms.

T-MICHAEL has been profiled in many international publications and online platforms worldwide. Including The NewYork Times, GQ Japan, Kinfolk, HighSnobeity, The Rake, Pitti Immagine, Scandinavian Man, Scandinavian Traveller, Financial Time’s ‘How to spend it’ and many more.