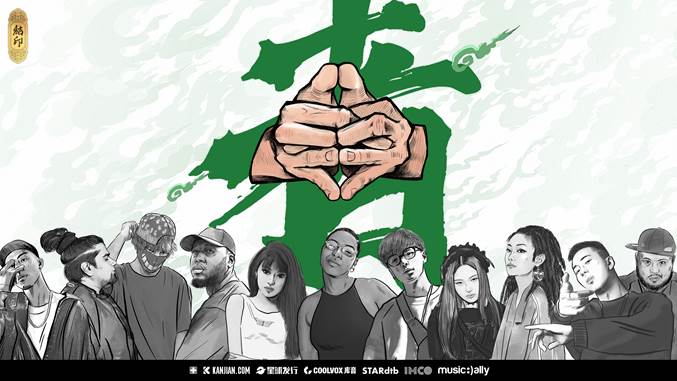 Ill Haven Records artist, Ntelabi, has struck gold with his song, ‘Dreams’, being added to the 4th Album of the Jieyin Compilation. The hip-hop project will be mainly marketed in China and the entire Asia region and is available globally on Friday, 25th September, 2020.

The entire project was put together by one of China’s music marketing giants, Kanjian Music, and features other artists like LayFullStop (U.K.), Bluesanova & Meme Machine (India), Madman The Greatest (U.K.), Zzqc_Jessie (China), Saffee (China), Allen G & Brezz (China), Puck (China) and Charlz (China). It is supported by one of the largest network sharing platforms in China and in the Asia region, WIFI Master Key, who boasts of over 900 million users and 520 million monthly active users; and is the 5th most downloaded app in the world after WhatsApp, Instagram, Facebook and Facebook Messenger. It is also the 3rd largest app in China after WeChat and Tencent QQ.

The Jieyin Project aims to be the ultimate hip-hop experience with 9 albums and 81 artists from all over the world to showcase how traditions and global cultures can reach China’s new generations.

Bié zhuāng 别装 (Keep it real) is the 4th album of the compilation and it can be precisely summarized by the following concept: “Refuse to be restrained, return to who you are and follow your feelings; those boring comments, and the aloofness of adults, don’t care! They say you don’t know enough; they are being judgmental but one day they will be sorry – the whole world is watching your performance. I use the path I chose to show the world my attitude!”

With this release, we are ready to show the world how these talented artists are ready to go out there and take back all that is theirs!

Ntelabi is a Ghanaian rapper, composer and performer. His music career began at Pope John Senior High School and Minor Seminary, where, under the name Drilix, was nominated for several awards.

In 2015, he released his first studio album “HipHopLives” and collaborated with Ball J, Cabum and Teephlow. So far, Ntelabi has been writing in his beloved music industry for more than ten years.

In 2017, he changed his stage name from Drilix to Ntelabi. In his opinion, this name is more in line with his understanding of originality and the concept of “African”. After the tempering of time, his musical thinking has also changed. “Ntelabi” can better explain the existing tonality of his music.

His music style belongs to hip-hop and rap. In most cases, he will use English and some local Ghanaian dialects to interpret his repertoire. Currently, he is signed to his own label “Ill Haven Records” and has a solid catalogue.

Ill Haven Records is an independent record company based in Ghana, owned by Ntelabi and managed by Ntelabi’s manager: Samson Osei. The original intention of the label is to discover all kinds of talented artists, give them the strength to believe in themselves, improve themselves, and cultivate talents.

Ntelabi is not only a musician, but also a composer, illustrator and entrepreneur from West Africa. Whether it’s music or illustration, his goal is to have a positive impact on everyone’s lives. As a down-to-earth doer, he spares no effort; as an enthusiastic art practitioner, he describes life and loves everything.

This song “Dreams” deeply reflects his attitude towards life: no matter how difficult life is, everyone should stick to their dreams. We all have dreams, big or small. Ntelabi also said that in many cases, forced by reality, we find ourselves repressed and stifling our dreams. Dreams, big or small, have the value of being realized. Any great achievement in the world was once a “dream”. What we need to do is embrace courage and hard work to realize them.

It is precisely because of his heartfelt wish for this song that he was able to compose it so smoothly that the entire song production lasted less than a day. “If you don’t dream or pursue your dreams in this life, how lonely and empty can you be”. Ntelabi sings for dreams and paints for life. He is willing to use music to ignite the scorching fire in people’s hearts and never stop.