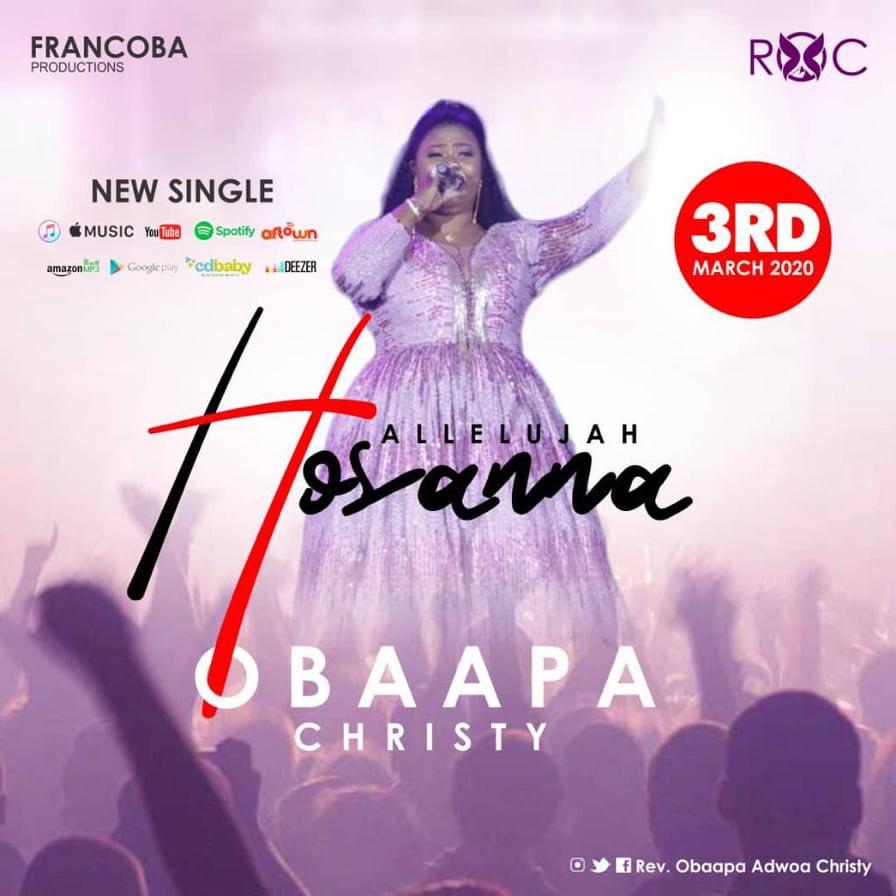 Veteran Gospel diver Obaapa Christi is set to take release of a new single titled “Hallelujah Hosanna” that will cement her status as one of the most consistent Gospel Musicians in the country as far as churning out hit songs are concerned.

Known for releasing top quality song in the Akan language, The “Meti Ase Oo” and “Wasue Me” hit maker took a more exotic route on her upcoming single, “Hallelujah Hosanna” and it is set to make Gospel lovers question why she has hidden that side of her for almost 15 years since bursting into the music scene.

The single which will officially be released on 3rd March,2020 is soothing, refreshing and heartwarming.It’s a song in the class of the Cece Winans, Sinash
in terms of production quality and content and one if well promoted, would broaden an appeal which has for the most part of her career been overwhelming dominated by Ghanaians.

Hallelujah Hosanna is a Hill song that describes the nature of God as the creator and the sustainer of humanity and it presents an opportunity to the listener to praise and thank God. brings the listener to the place of deep spiritual knowledge about the nature and attributes of God.

Speaking in an interview with this reporter, Obaapa Charisty revealed that her decision to produce of that nature was inspired by a desire to reach more people with God’s word through music and that English can be understood by many people all over the world.

It’s a song that can easily
ill change Gospel Music career to a new height.
Hallelujah Hosanna when released would be on all Digital platforms including, Apple Music,YouTube,Spotify,aftown, amazonMP3, cdbaby,DEEZER,etc…