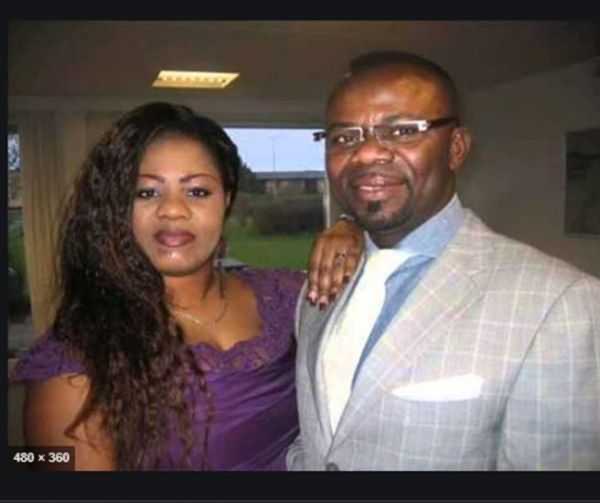 Ex-husband of gospel musician Obaapa Christy, Pastor Love Hammond, has revealed that despite a judge’s order for a joint custody, his ex-wife has denied him access to his children.

In an interview with Christian Agyei Frimpong on “Anigye mmere” on Onua FM, Pastor Love, who shares three kids with Obaapa Christy stated;

“The judge who presided over our divorce case gave the two of us custody. The children are grown now. More or less, I’m denied access to the children. I don’t want to pursue the issue because in our part of the world if you follow some of these issues to the latter, the outcome would be terrible.

“My children are very dear to me, but at a point, my ex-wife said she will never allow me to see the kids. What can I do?” he asked.

Pastor Love further indicated that although his kids are very dear to him, he is letting sleeping dogs lie and not fighting Obaapa Christy for them.

Pastor Love Hammond and Obaapa Christy, formerly Christiana Love once shared a beautiful marriage before it hit the rocks.

Before they parted ways, Pastor Love Hammond was the brain behind Obaapa Christy’s hit songs as he doubled as a music executive.

They have three children together.

Ghanaian singer KiDi says his new EP is on the way! END_OF_DOCUMENT_TOKEN_TO_BE_REPLACED

The media outfit which has since August 2021 gone live with carefully curated music playlists targeting Gen Z and millennials is set to officially launch somewhere in September 2022. END_OF_DOCUMENT_TOKEN_TO_BE_REPLACED

Renowned Ghanaian furniture producing company, Kings’ Furniture has been awarded for its hard work and perseverance in the Ghanaian business terrain. END_OF_DOCUMENT_TOKEN_TO_BE_REPLACED

The woman who led the “Me nsa aka ooo” TV commercial 13 years ago to promote MTN’s Mobile Money (MoMo) has been gifted a 2-bedroom house. END_OF_DOCUMENT_TOKEN_TO_BE_REPLACED

It’s difficult to predict where Stonebwoy will be in the coming days, weeks, months, or years. As a musician with a keen interest in pushing his sound to the world and etching his name in the minds of new fans, 2022 has been described as his busiest music year thus far since gaining mainstream recognition in 2012 with Pull Up—seven years after he made his official debut—the musician confirmed this via social media after his last summer show. END_OF_DOCUMENT_TOKEN_TO_BE_REPLACED