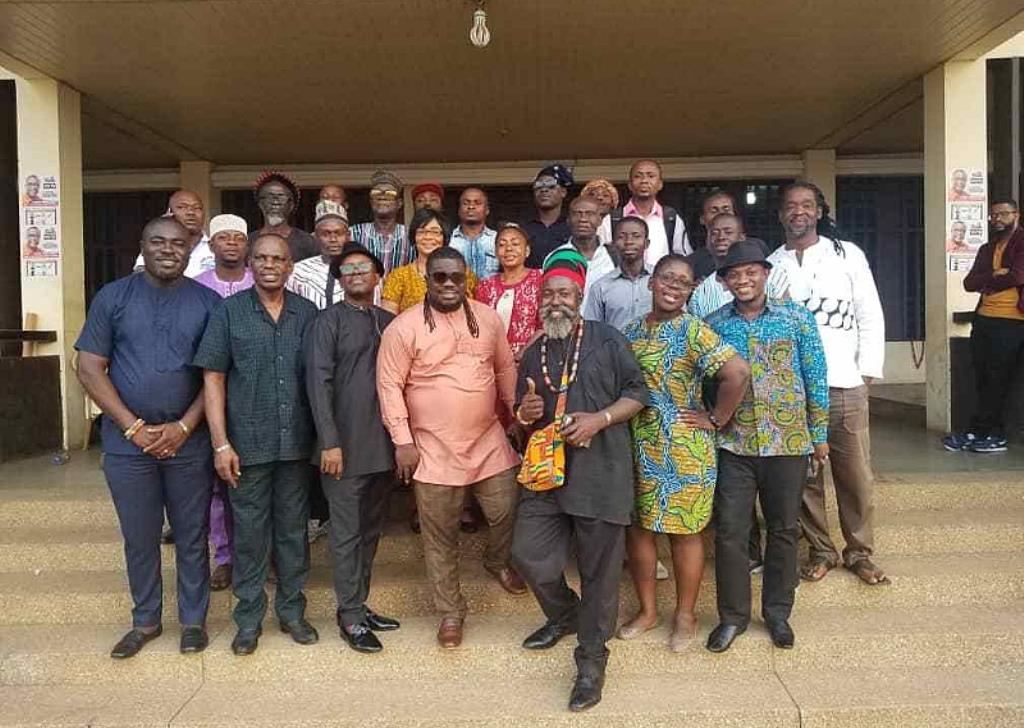 First Vice President of Musicians Union of Ghana (MUSIGA), Bessa Simons has been appointed as Acting President of MUSIGA by the Union’s National Executive Council (NEC).

Bessa Simons’ appointment was confirmed at a meeting on Friday, August 30 and he is expected to lead the body until the national executive elections take place.

This follows the end of the tenure of the Bice Osei Kuffour aka Obour led administration which ended on August 11, 2019.

According to Obour, in line with the Union’s constitution, no president should exceed the eight-year term limit.

And since his time is up, he does not want to appear to be clinging on to power after the expiration of his constitutional mandate hence his decision to hand over power to the NEC of the Union to appoint an Interim Management Committee.

“With the announcement of the election road map last year, I had made plans to further my education and pursue other interests.

“So my continued stay as the President of MUSIGA would be an abuse of the Union’s constitution and will also affect the Union’s operations since I can’t give it my full attention.”

Meanwhile, the NEC also resolved to seek an Alternative Dispute Resolution to the court suit brought against the Union by Ras Caleb Appiah-Levi, a presidential aspirant in the race to succeed Obour.

According to Ras Caleb, who was part of the meeting, he agrees in principle to the idea to seek an ADR to the court issue.

“My decision to go to court wasn’t for any selfish interests but rather, the supreme interest of the Union so I will consult with my lawyer and indicate my position, going forward.”

The Accra High Court will on October 14, commence hearing on the suit filed by Ras Caleb Appiah-Levi against the Musicians Union of Ghana (MUSIGA), over the conduct of National Executive Committee elections.

The Ghanaian singer and actress, Sister Derby has made her international film appearance in the yet-to-air Netflix original film, ‘RAINBOW’. END_OF_DOCUMENT_TOKEN_TO_BE_REPLACED

Ghanaian broadcaster, Kafui Dey is on a mission to combat illegal mining in Ghana and wants to use any means possible to bring the world’s attention to the problem. END_OF_DOCUMENT_TOKEN_TO_BE_REPLACED

Harvey Mason Jr, CEO of the Grammy Awards, has shared insights on the nomination process and how to win a GRAMMY with Ghanaian artists during a private dinner meeting. END_OF_DOCUMENT_TOKEN_TO_BE_REPLACED

Harvey Mason Jr., the Chief Executive Officer (CEO) of the Recording Academy, organizers of the Grammy Awards, has said there are some misunderstandings regarding the creation of an Afrobeats category in the Grammy Awards. END_OF_DOCUMENT_TOKEN_TO_BE_REPLACED

The Chief Executive Officer of Big Ideaz Consult, Kojo Poku has revealed that none of the artists who were billed to perform at the recently held Global Citizen Festival in Accra were paid a performance fee. END_OF_DOCUMENT_TOKEN_TO_BE_REPLACED

Ghanaian musician, Kirani Ayat has called out the Presidency for using some portions of his music video in an advertisement without his permission. END_OF_DOCUMENT_TOKEN_TO_BE_REPLACED