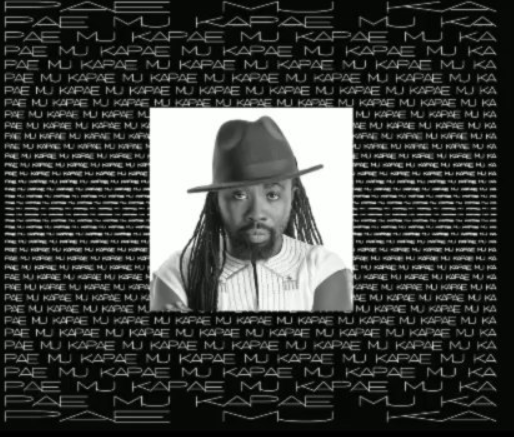 Ghana’s “Rap Sofour”, Obrafour, has announced the launch of the 20th anniversary celebration of his “Pae Mu Ka” album.

The “Pae Mu Ka” album, Obrafour’s first album, is undoubtedly one of the biggest albums in the history of Ghana Music.

The album turned 20 years this year since it’s release and Obrafour will be celebrating 20 years of been in the music industry.

A while back, Obrafour’s biggest fan, actress, Yvonne Nelson called for a big celebration for her “favorite album” and also to celebrate her music icon.

Well her dream has come to pass as it will be happening live.

Yvonne could not hide her excitement when Obrafour made the announcement on Instagram that “Pae Mu Ka” at 20 was happening. She reposted the video with the caption:

“You guys have no idea what this means to some of us!!!! @iamobrafour FANS!!!! ❤️ the first ALBUM i ever bought! His cassette charley 😫😍.”

The launch is set to come off at the Tang Palace Hotel this evening.

Watch: Edem clarifies his “at least one member of an artiste’s team carries a gun” statement

Bose Ogulu has told her son Burna Boy to “tone down the madness” as she celebrated his birthday. END_OF_DOCUMENT_TOKEN_TO_BE_REPLACED

The Hewale Lala (Song Of strength) hit maker Perez Musik gets ready to have his first-ever major concert. END_OF_DOCUMENT_TOKEN_TO_BE_REPLACED

Kofi Sonny, CEO of 610Music, a direct representative for Universal Music Group in Africa, unveiled two of his newly signed artistes to the world over the weekend. The event pulled in dignitaries from all over the globe to witness what many have dubbed “the birth of greatness.” END_OF_DOCUMENT_TOKEN_TO_BE_REPLACED

GuiltyBeatz is ringing in the summer! The Grammy-nominated Ghanaian producer and DJ is back with another dazzling solo effort – an Amapiano-infused dance anthem ‘Universe’ featuring Pop sensation, Mr Hudson and buzzing Ghanaian singer, Twitch 4EVA. END_OF_DOCUMENT_TOKEN_TO_BE_REPLACED

The host of Joy FM’s Strong and Sassy, Animwaa Anim-Addo, has tied the knot in a private ceremony. END_OF_DOCUMENT_TOKEN_TO_BE_REPLACED