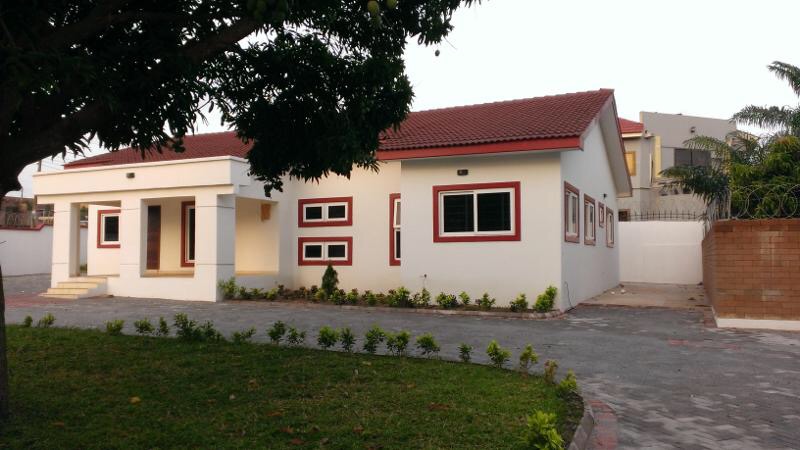 It’s a well-known fact that Shelter remains one of the basic needs of human survival and have profound impact on man’s lifestyle and behaviors. Its same behavior driving me to put across my hydra headed social problem.

Many a Ghanaian prefers to build and own their houses progressively so that they would proudly go home to a shelter after a hard day’s work with inscription such as– “My Own Jerusalem”, “Zion”, “House of Grace” Nyame Nsa”, “Aseda House” etc.

Ghana currently have a social housing problem from many years of leadership inertia which gnaws at the very fiber of our existence as a people. The Ghana Statistical Service estimated that Ghana had a deficit of 1.7 Million units and was projected to hit 2 million units before 2020 and therefore needed to build a minimum of 170,000 housing units annually to make up for the shortfall.

The Executive Secretary of Ghana Real Estate Development Association (GREDA), Mr. Samuel Amegayibor, in a Real Estate forum organized by Canada-Ghana Chamber of Commerce in Accra, however gave a grimmer picture of the situation when said the total housing shortage would reach 5.7 million by the end of 2020. Other report by Business World Ghana in 2012, indicated that approximately 5.5 million people are living in slums and the population is projected to grow to 7.1 million by 2020.

Governments of Ghana programme which was aimed at building affordable housing projects for the middle class and the so-called poor have largely not served the intended interest group. For instance, the Affordable Housing project started by President Kuffour and dotted across the country were put on a long hold for the 8 years of Atta Mills /Mahama administration. Not much progress was made until the NPP returned to clear the snags.

Also, the Saglemi Affordable Housing Project which started under the Mahama government has stalled over allegations that the country was shortchanged with the provision of 1,500 housing Units as against the projected 5000-housing units, remain at the mercy of the scorching Ghanaian weather.

Whilst all the complicity and political chicanery go on, the common Ghanaian tenant is trapped at the mercy of Landlords and Tenancy Agents who have taken advantage of government and policy feet-dragging of supplying houses to conspire to charge cut throat prices whilst the Rent Control Department also looks on unconcerned.

The Rent Control Department has been as passive an institution as their supervisory and regulatory roles are not realized on the Rent Housing market leaving Ghanaians to pay the brunt of government feet dragging.

I read an aspect of the Rent Act Law that says to the effect that rent shall not be charged more than 6 months…. And that Landowners who charge more than 6 months perpetrate illegality. the opposite however, remains the norm. I believe that if tenants had their way would stick to the rule but don’t be surprised that the same Landlords would come with some alibi saying there was emergency need of the room.

As young family who seeks to rent a decent self-contained self-compound at a so-called prime location may have to cough something in the ranges of GH₵1,500 per month and some above. Houses that used to charge between GH₵250.00 to GH₵400.00 some 3 years or so, have surprisingly shot up to GH₵700.00, GH₵800.00 and above. Whilst all this goes on, the economic and income dynamics have not change, how do you raise such an amount money? You are sure to be asked if you knew the price of a cement if you requested a price reduction. This same house may have been advanced in age and investment recouped already and ought to be best described as a “scrap” in the literal sense of the word.

It seems to me that the cross sectorial approach that has to be brought to bear on all stakeholders like the District Assemblies, Landowners, the Ministry etc has never been exhausted to  help bring sanity and order on the rent market space, making  landowners and their  agents to unduly extort moneys from Ghanaians in a form price increment.

In the words of the GREEDA Secretary, 50% of the Ghanaian population live in sub-standard houses. He said “all the houses that you see by the standards for relieve for human beings to live in are not up to the task”. Adding that “If you go to places like Abeka Lapaz, Chantan and McCarthy Hill, all the houses you see there are just houses but they don’t fit the standard for living. It hasn’t gotten there yet. So, you can imagine how life will be for those living there”. The problem as illustrated in these areas are microcosm of the bigger housing crisis across the country, especially Accra.

Most of these building facilities which come with high prices, don’t have state of readiness in terms of toilet and bathhouse facilities built into them. Nonetheless, some landlords do retrofit on old houses with the aim of further increasing their rent prices. These same Landlords who often default on their property rate to the Assemblies would often remind their tenants of that aspect of expenditure and the need to pay more.

It’s my considered view, that, if we had a price ceiling threshold with certain categorization in terms of years, location and other demographic scenarios, land owners especially those with older houses shall not charge above a certain amount as they would have recouped their investment on the building  and worth being considered a “scrap” in the literal sense of the word. Again, if the regulatory agencies are able to effectively follow through with their supervisory mandate, that would bring a bigger relieve to Ghanaians.

There are other germane issues that government must step up effort to address with land acquisition being one of the thorny bottlenecks. If one has to cough an amount of say 20,000 for one plot of land whose land measurement has no national standardized measurement then there is a great cause to worry. The standard measurement for a plot of land in Ghana as it stands varies and it’s solely the prerogative of the landowners.

This unregulated market put the common Ghanaian at the mercy of predators at every value chain of our existence. One wonders the role of public institutions like the Lands Commission and Ghana Standards Authority in the narrative.

The private financing and mortgage institutions should partner with Government with schemes that alleviate the hardship of Ghanaians, especially now that the COVID-19 pandemic has put a lot of strain on Ghanaians.

I call for a coherent all-encompassing National Housing and Affordable Rental Policy Framework that installs sanity into the system. On the emergency side, parliament ought to replace the existing moribund Rent Act of Ghana (ACT 220) which was passed in 1963 and has been largely ineffective. Also, the political will from the Executive Branch would be instrumental to tackling the existential security threat due to the implosion Ghanaians caused by the housing crisis.

As the minister designate for works and housing, Hon.Francis Asenso-Boakye, prepares to face the Vetting Committee of Parliament, I wish  honorable members of Parliament would do us the public good by painting the true picture of the situation on the ground as gathered from their constituents and eliciting the right actionable responses from him on how he intends to increase the housing stock and addressing Rent Housing concerns

At this point, we want a bold, non-business as usual leader who would take all the risk and take hard decisions that drive a change to a looming eminent danger of the Ghanaian housing sector with special focus on the Rent housing sector.

Related Topics:GhanaHousing Crisis
Up Next