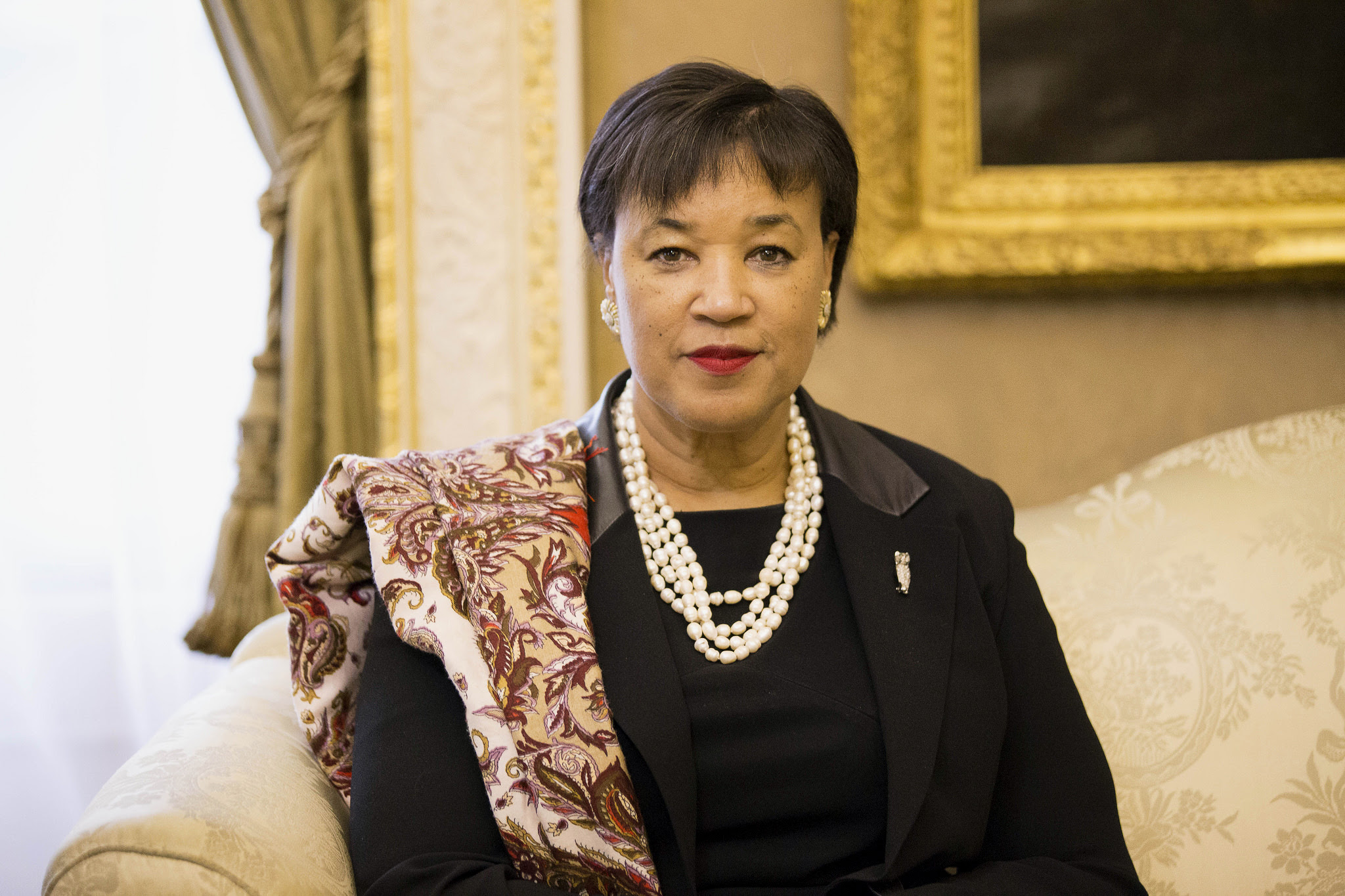 Five years ago more than 40 babies born in Jamaican hospitals became infected with lethal bacteria – half of them died.

The bacteria Klebsiella, like the coronavirus, is spread from person-to-person or via contaminated surfaces. It can be killed by hand-washing with warm soapy water.

The situation caught the attention of technology student Rayvon Stewart based in Jamaica who set about finding a way to curb the spread of harmful germs.

“I made a determined decision that I was going to find a solution to limit the transfer of pathogens to multiple surfaces, thereby saving lives,” says Rayvon.

I met Rayvon at the Commonwealth Health Ministers Meeting (CHMM) in Geneva last year. He was among the finalists shortlisted for last year’s Commonwealth Health Innovation Awards. He took part in an exhibition on the theme ‘Universal Health Coverage: Reaching the unreached, ensuring that no-one is left behind’ which highlighted how young people are tackling age-old challenges with modern technology and disruptive thinking.

The event underlined Commonwealth commitment to empowering young people as outlined in our charter and also our contribution to achieving the Sustainable Development Goals.

I spoke to five extraordinary innovators who made it as finalists of the Commonwealth Health Innovation Awards which recognise outstanding young people whose groundbreaking projects have made a real impact in helping their countries achieve Sustainable Development Goal 3, which is to ‘ensure healthy lives and promote well-being for all at all ages’.

William Wasswa was working on a digital pathology platform for automated diagnosis and classification of cervical cancer from pap-smear images. Then there was Midia Hassan using 3D printing technology to provide prosthetics to amputees living in refugee camps and poverty zones.

Another timely invention is that of Nitash Jangir who was one of 15 finalists at our SDG innovation awards. Nitash invented a neonatal breathing support device for low resource settings, with multiple powering options. It maintains respiration and oxygenation in premature neonates with Respiratory Distress Syndrome by providing constant airflow and pressure to keep the lungs open during transport to a tertiary care setting.

I was struck by the ability of young minds to find solutions to real problems in their communities, and their persistence in finding support to scale-up their projects.

In Rayvon’s case, he focused on the most common places where bacteria and viruses could easily be left by one person and picked up directly by another. He came up with what he calls ‘Xermosol’- a simple-to-install device that automatically disinfects door knobs and handles after each use.

The innovation uses ultraviolet light to target and specifically kill harmful microorganisms, while being harmless to human beings.

The potential to save lives

The potential impact of Rayvon’s invention could now be even more important than when he first conceived it, as the world battles the frightening COVID-19 pandemic.

The coronavirus lives up to two or three days on stainless steel and metal, and several hours on fabric depending on factors such as temperature and humidity.

Field and laboratory testing has validated Xermosol’s efficiency in killing more than 99.9% of deadly pathogens. In addition to health facilities, Rayvon hopes it could help reduce transmission of germs in other public spaces such as schools and businesses.

Tests carried out in conjunction with University of Technology, Jamaica and University of the West Indies show Xermosol destroys organisms such as MRSA and E-coli and destroys viral cells such as influenza virus H1N1.

This is a huge step in the fight against microorganisms and offers new ways of thinking around combatting viral cells such as Coronavirus.

Rayvon says the recognition he received from the Commonwealth Health Innovation Awards was a key moment in Xermosol’s progress, generating immense interest in the project.

But now the production of Xermosol faces a number of considerable challenges – from development funding to finding a manufacturer to mass produce.

Financing options are mostly focused on large-scale innovation, but the Commonwealth is exploring and proposing that all 54 member-countries go into partnership with the Global Innovation Fund to help young innovators like Rayvon.

Over the past two years, the Commonwealth Youth Health Network has worked closely with the Commonwealth Secretariat and member states to leverage the unique capabilities of young people and drive forward progress toward SDG3 (which includes a bold commitment to end the epidemics of AIDS, tuberculosis, malaria and other communicable diseases) and health-related development goals.

Citizens aged under 30 comprise 60 per cent of the Commonwealth’s population – a proportion that is 10 per cent higher than the global average. In the course of my interaction in and with our member countries I am continually impressed by the drive of these 1.4 billion young people. They have the ideas, energy and talent to make a huge difference in their communities – and they are doing so.

Rihanna vows to raise four kids with or without a partner

Ari Lennox sophomore season kicks into overdrive today with the official release of her new single, “Hoodie,” and its electrifying music video. Even more, fans’ long-awaited hopes are finally realized: The Grammy Award-nominated and multi-platinum singer-songwriter proudly announces her sophomore album, age/sex/location, will be released on Sept. 9 via Dreamville/Interscope Records. Pre-order the album HERE. END_OF_DOCUMENT_TOKEN_TO_BE_REPLACED

18-year-old North Carolina-based rapper Tino Szn has just shared his new video for “Drowning Out”, a fun and upbeat track off his most recent project Sentient. LISTEN END_OF_DOCUMENT_TOKEN_TO_BE_REPLACED

In a message for International Youth Day, His Royal Highness The Prince of Wales said: END_OF_DOCUMENT_TOKEN_TO_BE_REPLACED