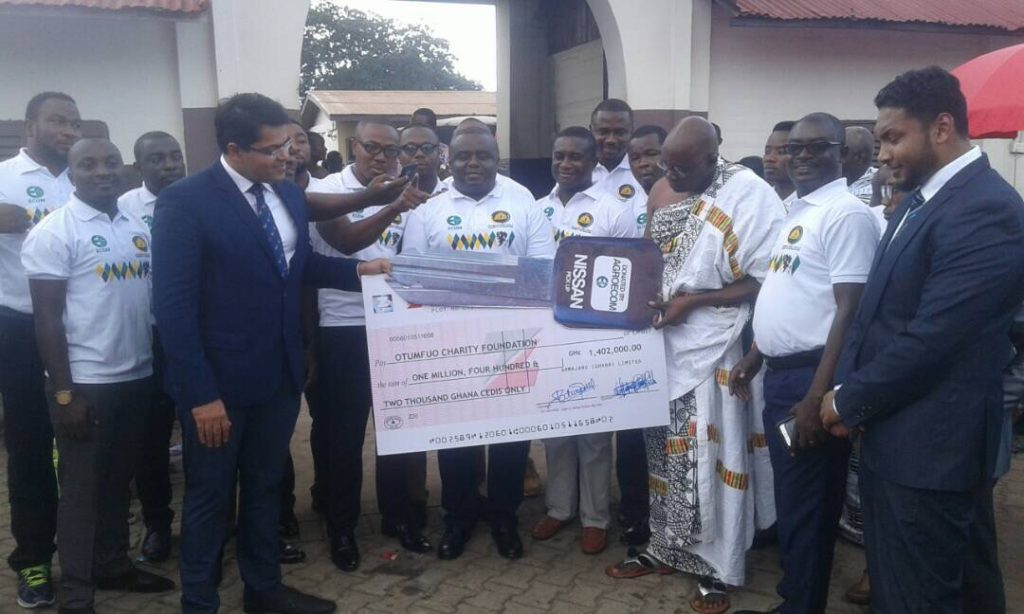 Four thousand, nine hundred and forty-six (4,946) pupils in eight districts in the Ashanti and Brong Ahafo regions of Ghana, have benefited from free computer training lessons in the past three months. This training initiative was undertaken by the Otumfuo-Agroecom Mobile Library Project (OAMLP), a subsidiary of the Otumfuo Charity Foundation in collaboration with Agroecom Ghana Ltd, a cocoa buying company. Among its aims are to ensure that less fortunate children in deprived communities have the same learning conditions as other children in the cities and urban areas. It also serves to encourage the habit of reading and the use of Information and Communication Technology (ICT) among basic school pupils. The beneficiary districts include Sekyere North, Bekwai Municipality, Atwima Mponua, Bibaini-Anwhiaso-Bekwai, Bosomtwe, Offinso Municipality, New Edubaise and Goaso district. The Country Coordinator of Agroecom Ghana Ltd, Mr Muhammadu Muzzammil, described the role of the OAMLP as very crucial in bridging the gap between pupils in urban areas and their counterparts in the hard to reach areas of the country. He stated that the project christened ‘Otumfuo-Agroecom Mobile Library Project’ consists of three major parts namely Reading, ICT and Cinema. The cinema is intended to bring a message from His Royal Highness Otumfuo Osei Tutu II as it exhibits the rich Ghanaian culture and educates farmers on good agricultural practices, farm management and information from the cocoa industry and projection of Agroecom in the communities. 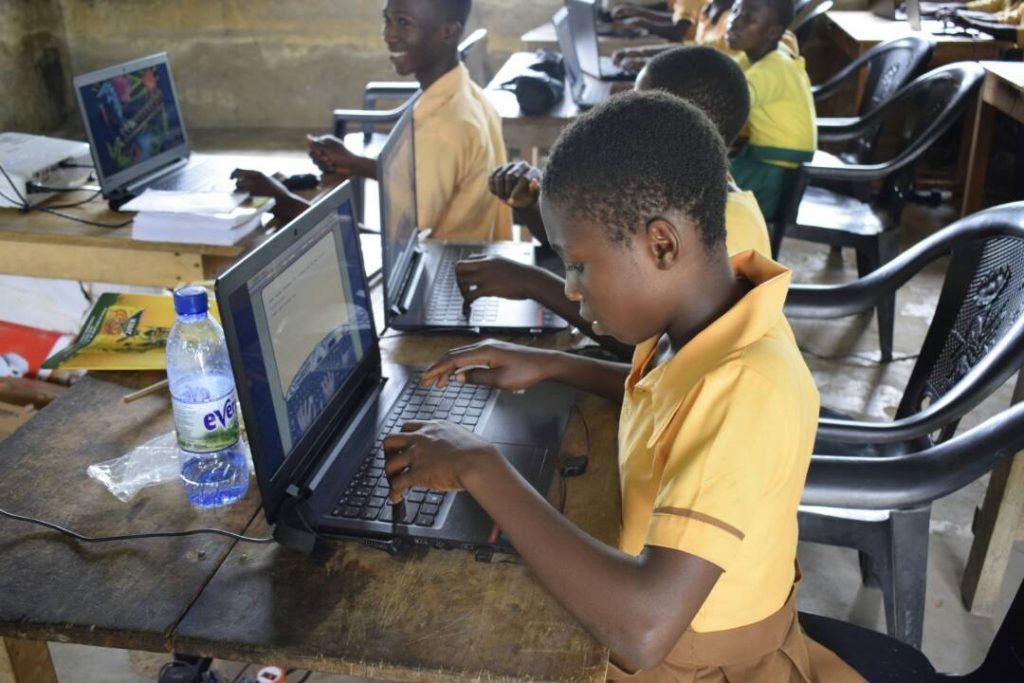 After touring some schools in the cocoa growing areas, it came to light that about 40 per cent of the pupils in the selected villages confirmed that they had not seen physical computers before except the drawings they see in their textbooks. Almost, all the students did not know how to operate the computer and were assisted to use it as some had knowledge on some of the basic computer software but did not know their uses. Although, there were ICT teachers in some of the schools, resources such as textbooks and computers were not available for the students, adding that some of the communities had rooms intended for ICT but there were no computers in them. https://ameyawdebrah.com/santa-kobby-foundation-feeds-2000-kids-christmas/ Since the inception of the Otumfuo mobile library project, it has covered parts of Ashanti, Brong Ahafo, Volta regions where the children have benefitted from ICT training. It focuses on improving learning conditions of children by providing basic academic resources such as reading books and computer lessons (ICT) to pupils in primary, junior and senior high schools. With the help of generators, staff of the project spent several days in communities where the children and some members of the communities take turns to access the computers, internet services, variety of library books among other counselling services. In June 2017, Agroecom Ghana Ltd presented a cheque of Gh1.4 million to the Otumfuo Charity Foundation at a special ceremony in Kumasi to support the operations of the Otumfuo Mobile Library project for the next four years. The amount presented was meant to help in the procurement of a pickup, a cargo van, 60 laptops, a generator, two projectors and screens, a video camera and allowance for 30 staff of the Otumfuo Charity foundation for the four years that the project would be in place. https://ameyawdebrah.com/citi-fms-exciting-heritage-caravan-set-hit-road/ The collaborative project is aimed at not only bettering the learning facilities in villages in the cocoa growing areas but also provide knowledge on cocoa farming and build pride and understanding of the glorious history of the Asante kingdom. Agroecom Ghana Ltd has been present in Ghana from 2013 when it took over Armajaro’s Global Cocoa, which was established in 2000. It has since then been involved in the rural part of the country to create a better livelihood for farmers. Within this period, it had invested close to 40 million dollars in the country in providing clean drinking water, better schooling facilities and health care across the country. Dr Thomas Agyarku-Poku, Executive Director of the Otumfuo Charity Foundation when contacted lauded the Agroecom Ghana Ltd for the support which had come to boost the strength of the OAMLP. He called for more of such support from all and sundry so they would be able to extend the programme to all regions in the country]]>

That Sunday food crawl that made me rediscover Accra through my belly!