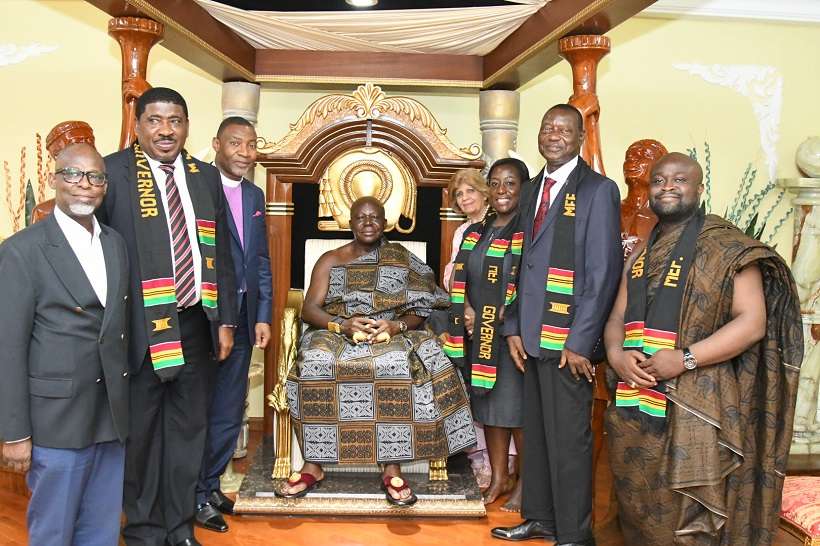 His Royal Majesty Otumfuo Osei Tutu II, Asantehene will Chair and Host key distinguished personalities from Ghana and Africa at the 20th Anniversary and Awards ceremony of the Millennium Excellence Foundation.

About 6,000 dignitaries, including heads of states from the West African sub region will converge in Accra on July 11 for what is expected to be the biggest ever awards event in Ghana’s recent history, the Millennium Excellence Awards.

The Millennium Excellence Foundation which is celebrating 20 years of excellence in award-giving this year, will on July 11 recognise individuals and corporate bodies whose selflessness, efforts, knowledge and sacrifices have shaped the socio-economic and political advancement of Ghana.

The awardees will have the opportunity to dine and wine with the revered Asante king and several African Heads of States who are billed to attend the august event.

The anniversary and awards dinner event which is on the theme: “Together We Can Win the Future Through Excellence” will take place at the Fantasy Dome in Accra.

His Royal Majesty Otumfuo Osei Tutu II, Asantehene will Chair and Host key distinguished personalities from Ghana and Africa at the 20th Anniversary and Awards ceremony of the Millennium Excellence Foundation on July 11th #milleniumexcellenceawardghana #MEF

Boosting Your Social Media Presence in the Food Industry