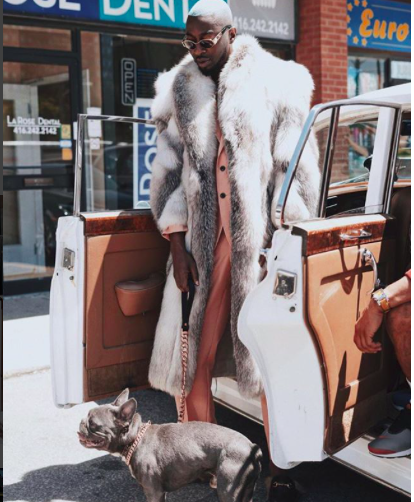 A few weeks ago, Ova Wise, a Ghanaian known for his lavish lifestyle especially on Instagram, launched his music career with the release of his debut single, ‘Me & You’. He is currently in Toronto shooting the video for the single, which reportedly cost over $80,000. The video which is directed by award winning cinematographer Tee Tash saw some $20,000 out of that budgeting going into renting kangaroos, cougars, zebra, donkeys and peacocks.

Popular for his taste for high fashion and the Gucci lifestyle, Ova Wise incorporates that swag into his  ‘Me & You’, which was released this week across the world on all streaming platforms such Spotify, iTunes, Deezer etc.

‘Me & You’, which is produced by KillBeatz is an infusion of rap and R&B, simply inspired by life. The single is being released under Ova Wise’s own record label, Get More Productions ltd.

Related Topics:ova wise
Up Next