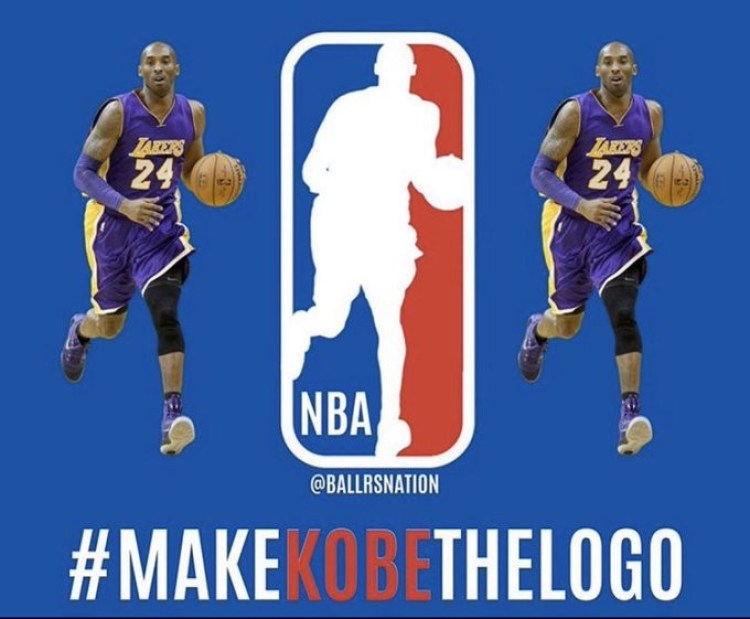 A Change.org petition requesting that the NBA switch their logo to a Kobe Bryant silhouette, following his death, has racked up 1.5 million+ signatures and counting.

That petition’s aim simply states: With the untimely and unexpected passing of the great Kobe Bryant please sign this petition in an attempt to immortalize him forever as the new NBA Logo.

It seems unlikely that the NBA would change the logo, but clearly a lot of people have added their names imploring the league to consider.

Except for a small font change in 2017, the current logo (an outline of Jerry West) has been the NBA’s official emblem since 1971.

As you’re no doubt aware, a helicopter crash on Sunday in Calabasas, California claimed the lives of: Bryant, his 13-year-old daughter Gianna, John Altobelli, Keri Altobelli, Alyssa Altobelli, Payton Chester, Sarah Chester, Christine Mauser, and pilot Ara Zobayan. The group had been flying to a traveling basketball game in which Bryant was meant to coach, and three of the passengers onboard (Gianna, Alyssa and Payton) were meant to play in. That was to take place in nearby Thousand Oaks.

After news of the crash was confirmed, the NBA put out a statement in which commissioner Adam Silver said:
“The NBA family is devastated by the tragic passing of Kobe Bryant and his daughter, Gianna. For 20 seasons, Kobe showed us what is possible when remarkable talent blends with an absolute devotion to winning. He was one of the most extraordinary players in the history of our game with accomplishments that are legendary … But he will be remembered most for inspiring people around the world to pick up a basketball and compete to the very best of their ability.”
Related Topics:Kobe Bryantnba
Up Next