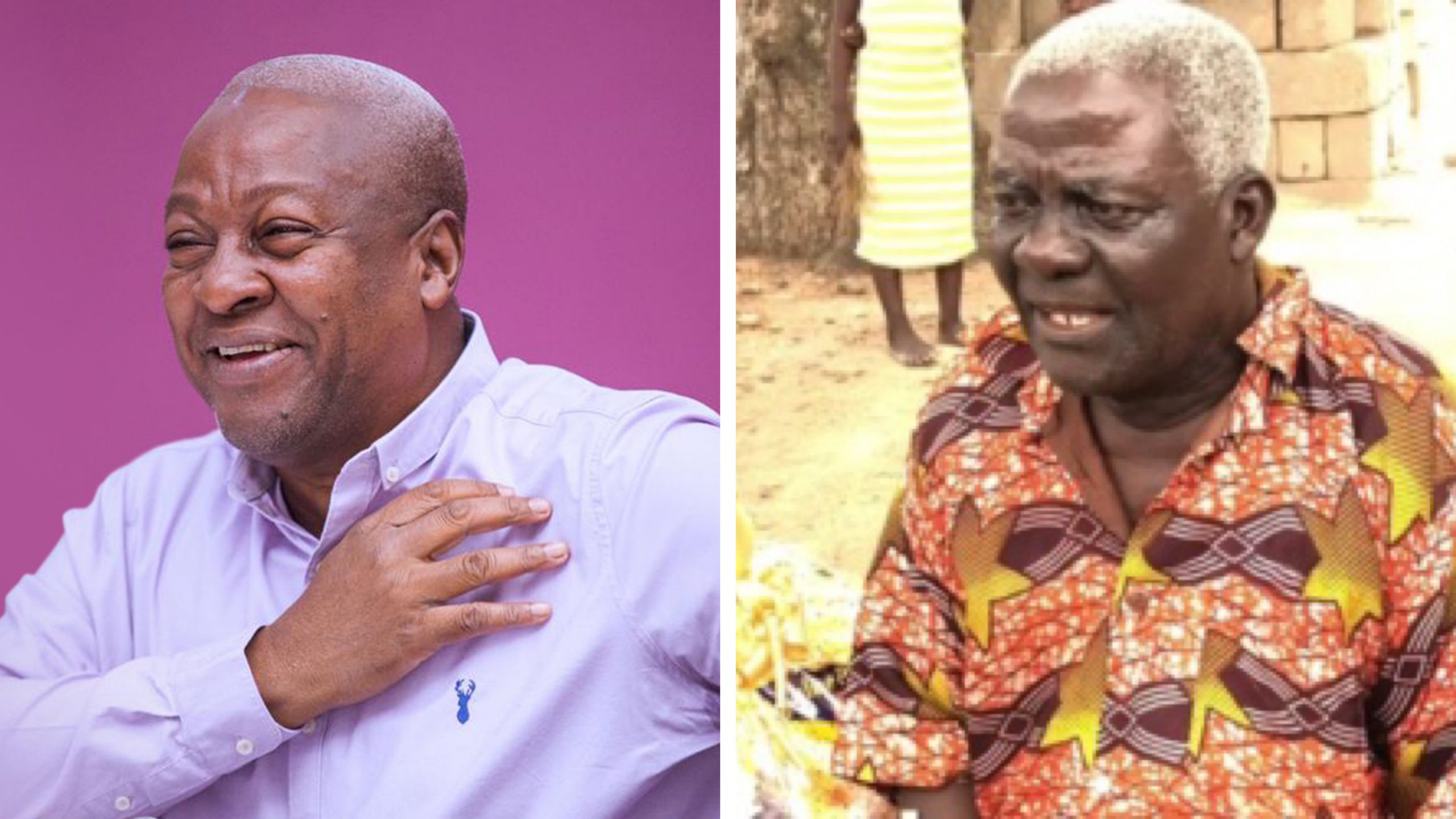 Veteran Kumawood actor, George Appiah Kubi, popularly known as Paa George has disclosed that former President John Dramani Mahama has been taking care of some veteran actors and the wives of some deceased actors for a while now.

According to the Veteran actor, he is still strong and alive because of the benevolence of John Mahama.

Mr Kubi, in an interview with  XYZ TV disclosed that John Mahama met with him and other veteran actors after the funeral of their colleague OD an has since been a blessing to them.

“Mahama is a good man. The strength I have today, I owe to him and God. Since OD died and we went to the funeral with him he has been so good. He met with us and some other veteran actors and actresses at the funeral and since then, he takes good care of us. Every three months he provides us with food like rice and oil with sardines to go with. He adds money that can take care of us for the period,” he revealed.

Paa George, now 85 added that although John Mahama is not always present at their meetings, he still sends them care packages through their colleague Mr Beautiful.

“We meet at Mr Mensah’s house and he does not even come there, he does it through Mr. Beautiful. He takes care of us and even the wives of late actors. Even now that he is not the President, he continues to take care of us. We should be grateful to such people. I’ve never gone to his house; I don’t even know his house.

MzVee shares her secret to staying relevant in the music Industry

Viola Davis makes a stunning transformation in the new trailer for ‘The Woman King’, in which she plays Nanisca, leader of the all-female warriors known as the Agojie. END_OF_DOCUMENT_TOKEN_TO_BE_REPLACED

African-American businessman and jet broker Kelvin Mensah, popularly known as PJKev has added his voice to the many people against the building of the National Cathedral. END_OF_DOCUMENT_TOKEN_TO_BE_REPLACED

Nigerian hip-hop artiste, Eedris Abdulkareem has disclosed that he is battling kidney failure and will have a surgical operation at the end of July. END_OF_DOCUMENT_TOKEN_TO_BE_REPLACED

According to reports from Nigeria, unidentified gunmen have attacked an ‘advance team’ of President Buhari’s presidential aides leading to injuries to two people. END_OF_DOCUMENT_TOKEN_TO_BE_REPLACED

Sensational highlife/afrobeat artist KiDi has said that his dream is to collaborate with Daddy Lumba on a song. END_OF_DOCUMENT_TOKEN_TO_BE_REPLACED