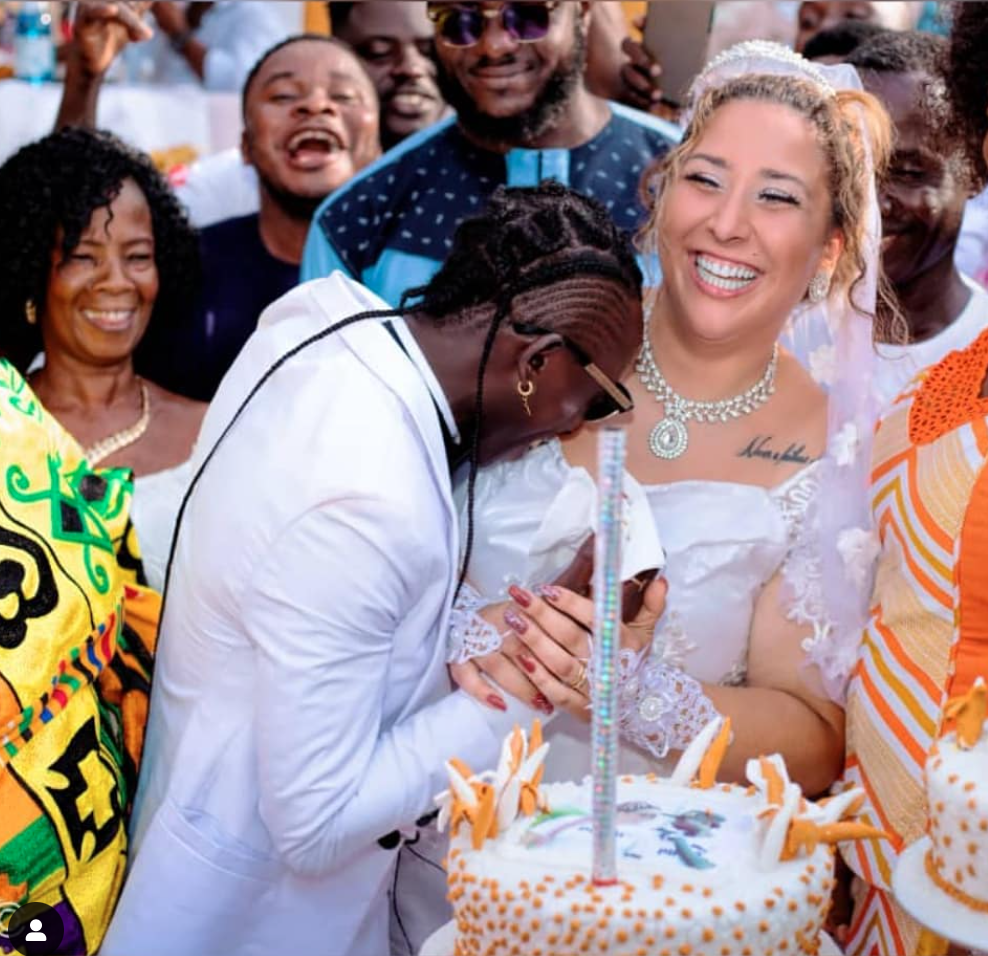 Ghanaian musician, Patapaa has sent a very touching message to his German wife, Liha Miller on the event of her birthday.


Mr’s Patapaa celebrated her birthday on Monday, June 13 and despite the recent controversy surrounding their marriage, Patapaa took time to craft a very romantic message to honour her birthday.

“I Wanted to be the Last Person to Wish you on this Special Day….. You have brought meaning to my life and made it worth living. I look forward to coming home to you every day, lying down next to you every single night and waking up next to you every single morning.
If I ever fail to tell you what you mean to me, it is only because there aren’t any words good enough. Happy birthday My Sweet Wife @lihamiller.”
Patapaa and Liha Miller got wedded in a beautiful wedding in Swedru after a whirlwind romance in January, 2021.
The two had a smooth ride until quite recently when rumours about a possible divorce between the two became rife.
They have both denied the rumours and are continuing with their beautiful marriage despite the distance.
Related Topics:
Up Next

Nigerian hip-hop artiste, Eedris Abdulkareem has disclosed that he is battling kidney failure and will have a surgical operation at the end of July. END_OF_DOCUMENT_TOKEN_TO_BE_REPLACED

According to reports from Nigeria, unidentified gunmen have attacked an ‘advance team’ of President Buhari’s presidential aides leading to injuries to two people. END_OF_DOCUMENT_TOKEN_TO_BE_REPLACED

Sensational highlife/afrobeat artist KiDi has said that his dream is to collaborate with Daddy Lumba on a song. END_OF_DOCUMENT_TOKEN_TO_BE_REPLACED

Award winning South African actor, Sthembiso ‘SK’ Khoza has once again become a trending topic on social media after a snippet from his sex tape – which shows him performing oral sex on an unknown woman – went viral. END_OF_DOCUMENT_TOKEN_TO_BE_REPLACED

It is no secret that “HipLife” Grandpapa, Reggie Rockstone is the pioneer of the genre in Ghana. END_OF_DOCUMENT_TOKEN_TO_BE_REPLACED