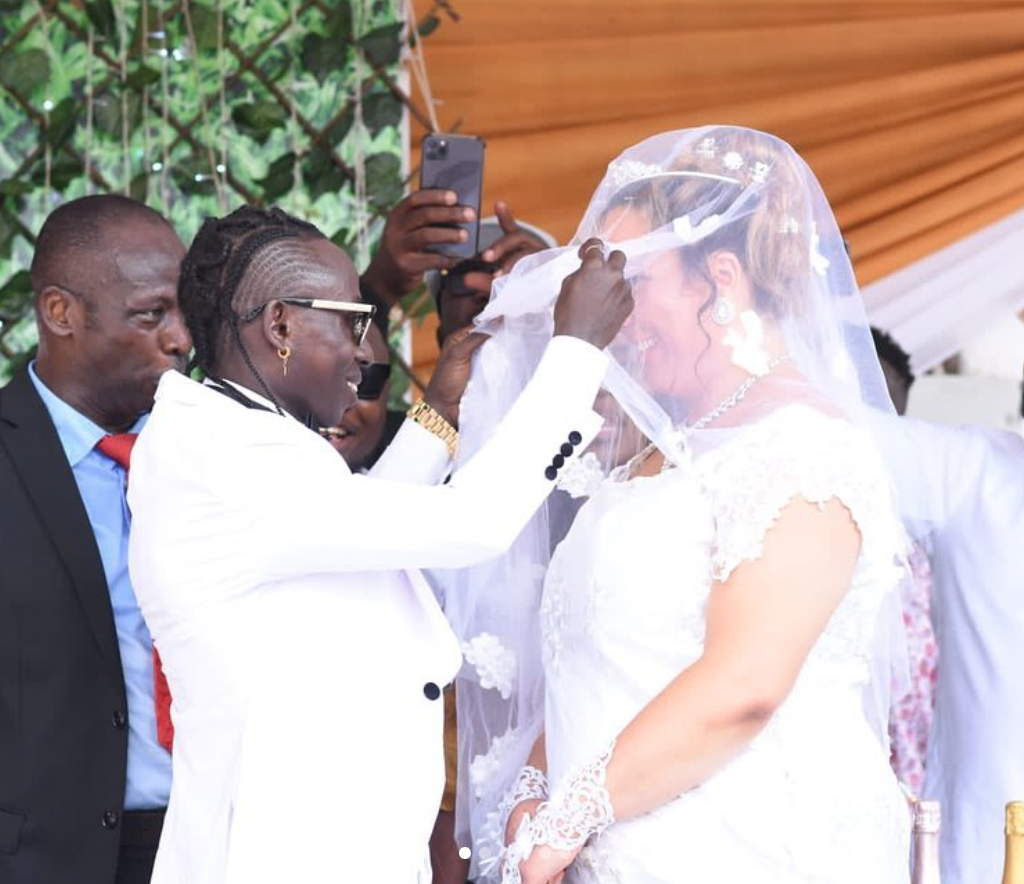 Ghanaian musician, Patapaa has debunked rumours about a possible divorce between him and his German wife, Liha Miller.

On Tuesday, May 24, GhBase.com reported that they had concrete information that the “Patupa” boss had divorced his wife of one year, Liha Miller.

However, Patapaa has in an interview with Amansan Krakye on Castle FM in Cape Coast, denied the rumours.

“So, she has gone back to make more money abroad and I’m also making money here in Ghana that’s why you’ve not been seeing her these days,” he said.

Patapaa also shed more light and why it was important for his wife to move back to Europe after their wedding.

“She’s a nurse abroad, you know that white people don’t joke with their work so she has gone back to Europe after we got married last year.

“She’s a very intelligent, brilliant and hardworking woman that’s why I thank God always for giving me such an amazing wife,” Patapaa concluded.

Patapaa and Liha Miller got married in a beautiful wedding ceremony in January, 2021 in Agona Swedru after a whirlwind romance.

Viola Davis makes a stunning transformation in the new trailer for ‘The Woman King’, in which she plays Nanisca, leader of the all-female warriors known as the Agojie. END_OF_DOCUMENT_TOKEN_TO_BE_REPLACED

African-American businessman and jet broker Kelvin Mensah, popularly known as PJKev has added his voice to the many people against the building of the National Cathedral. END_OF_DOCUMENT_TOKEN_TO_BE_REPLACED

Nigerian hip-hop artiste, Eedris Abdulkareem has disclosed that he is battling kidney failure and will have a surgical operation at the end of July. END_OF_DOCUMENT_TOKEN_TO_BE_REPLACED

According to reports from Nigeria, unidentified gunmen have attacked an ‘advance team’ of President Buhari’s presidential aides leading to injuries to two people. END_OF_DOCUMENT_TOKEN_TO_BE_REPLACED

Sensational highlife/afrobeat artist KiDi has said that his dream is to collaborate with Daddy Lumba on a song. END_OF_DOCUMENT_TOKEN_TO_BE_REPLACED