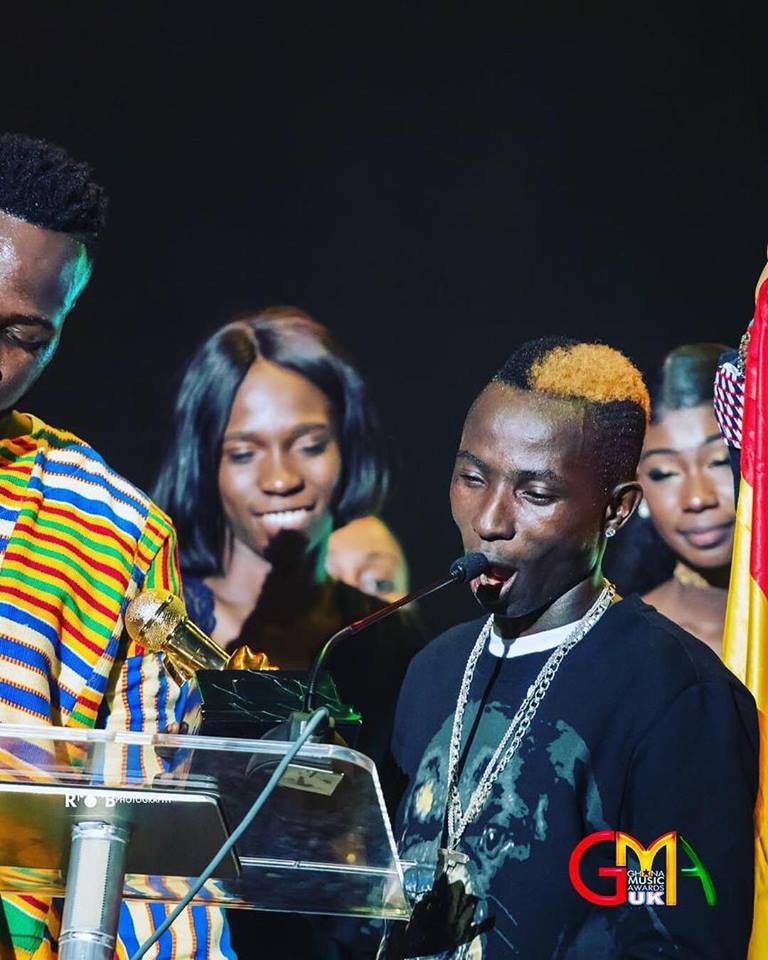 Patapaa stops mid-performance to pick up money thrown at him at Ghana Music Awards UK[/caption] “One Corner” singer Patapaa Amisty aka Patapeezy had a blast at the Ghana Music Award UK over the weekend. The artiste was captured is a video where he paused amid his performance and announced he had seen some of his dancers picking money thrown at him into their pockets which he is not happy about. https://youtu.be/1HemTdaqMuo He warned them not to touch the monies, explaining he did not travel with them to the UK but only met them there and could sack them on stage if they disobey him. The highlight of the awards show however, was the moment the Swedru-based musician surprisingly paused during his performance to pick up cash notes being sprayed on him by one of his fans. Patapaa also ended the night on a high after emerging winner in the “Popular Song of the Year” category. Leaving the ceremony with an award and some good amount of foreign cash!]]>