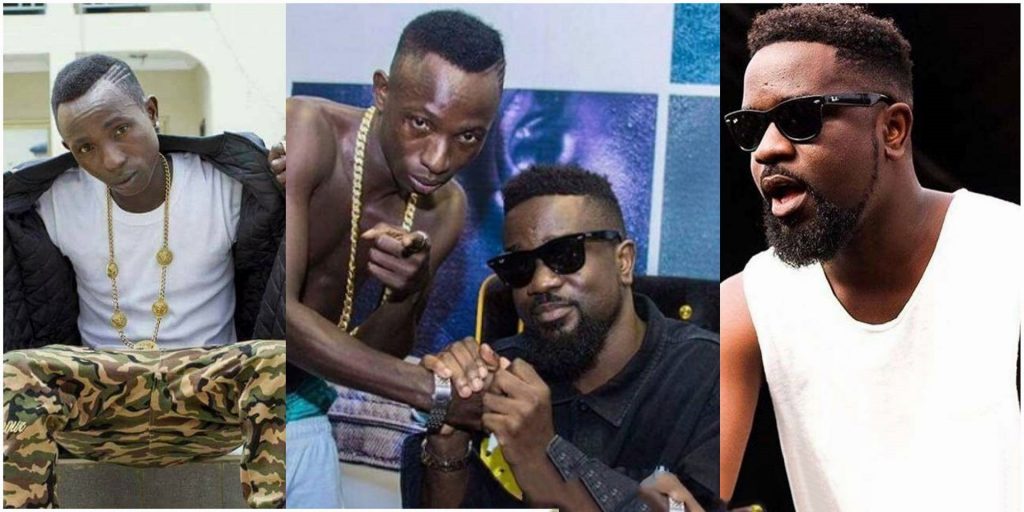 Patapaa’s “Biibi Ba” challenge is the perfect Christmas song[/caption] The “Biibi Ba” challenge initiated by BET Award-winning musician Sarkodie is still going on after chunks of freestyles released by both up and coming, and mainstream rappers, the latest to jump on it is Swedru-based Patapaa Amisty a.k.a “Patapeezy”. The ‘One Corner’ hitmaker gives a whole new twist to the challenge as he took the popular festive song  ‘bronya’ (Christmas) and mixed it up with the ‘Bibibaa ooo’ hook to give a very hilarious and unexpected vibe to the whole challenge. He took to social media new share a snippet of the new joint, it’s a creative refix to the old ‘Bronya’ song and people are loving it already. Sarkodie‘s ‘Biibi ba’ challenge became very popular some weeks ago after the rapper released the free instrumental with a Hook titled produce by Fortune Dane. So far, we’ve had the likes of BET nominee Kwesi Arthur and 3Music Awards “Breakout Artiste of the Year” winner Maccasio and Kumasi based YPee jump on it. Watch the video below for more details [youtube https://www.youtube.com/watch?v=jGK2HO5_uJ8]]]>

"FREE UNIVERSITY" for undergraduates in Liberia

According to Margaret Andega, a Kenyan entrepreneur in Atlanta, she was the driving force behind the commercialization of Shea Butter in the US during the late 90s. END_OF_DOCUMENT_TOKEN_TO_BE_REPLACED

Nigerian hip-hop artiste, Eedris Abdulkareem has disclosed that he is battling kidney failure and will have a surgical operation at the end of July. END_OF_DOCUMENT_TOKEN_TO_BE_REPLACED

According to reports from Nigeria, unidentified gunmen have attacked an ‘advance team’ of President Buhari’s presidential aides leading to injuries to two people. END_OF_DOCUMENT_TOKEN_TO_BE_REPLACED

Sensational highlife/afrobeat artist KiDi has said that his dream is to collaborate with Daddy Lumba on a song. END_OF_DOCUMENT_TOKEN_TO_BE_REPLACED

Award winning South African actor, Sthembiso ‘SK’ Khoza has once again become a trending topic on social media after a snippet from his sex tape – which shows him performing oral sex on an unknown woman – went viral. END_OF_DOCUMENT_TOKEN_TO_BE_REPLACED

It is no secret that “HipLife” Grandpapa, Reggie Rockstone is the pioneer of the genre in Ghana. END_OF_DOCUMENT_TOKEN_TO_BE_REPLACED