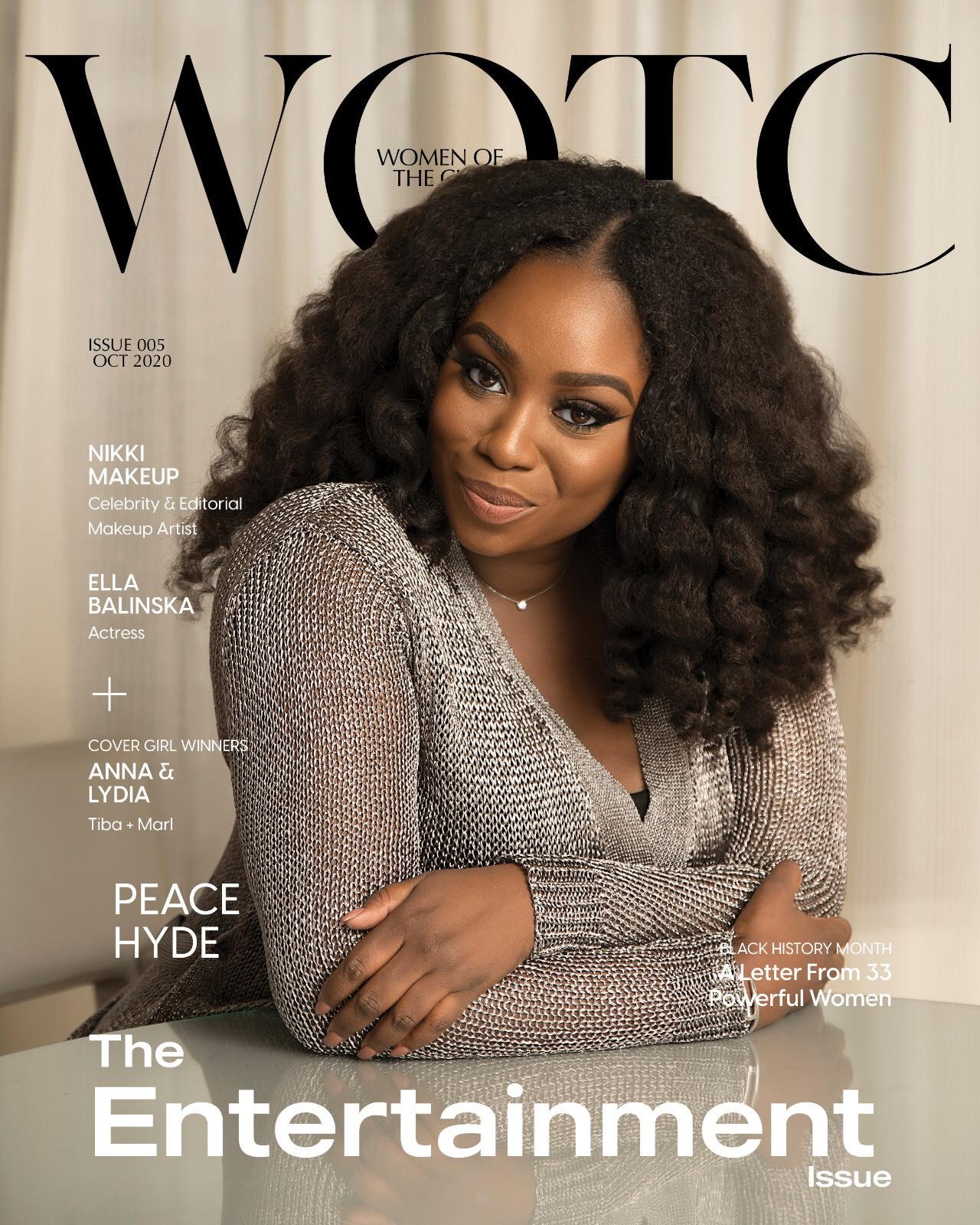 WOTC- Women of the City Magazine is the leading UK magazine that provides unprecedented access to female CEOs, founders, philanthropists, momagers, entrepreneurs and women in places of power and influence.

The October issue of the magazine is the Entertainment Issue and features game changers like Ella Balinska, the young actress who gained fame through her starring role in 2019’s Charlie’s Angels, Peace Hyde, the media girl boss who is the creator of the leading Forbes Africa flagship shows My Worst Day and Against All Odds with Peace Hyde as well as the change agent fighting for reform in the educational system across Africa and NikkiMakeup, the global celebrity and editorial makeup artist.

Peace Hyde has been proudly flying the flag for Ghana globally for some years now after being the first journalist to interview the continents billionaires in a show that reaches some 60 million viewers across sub Saharan Africa as well as the first female to secure the position of Head of Digital media for the prestigious Forbes Africa brand. She was also one of the 200 shortlisted leaders out of 40,000 people across Africa to join the Obama Foundation Leaders Africa program.

“The women we feature always express their gratitude and how greatly honoured they are to be included in WOTC, but I often wonder if they know that I also feel the same. That I also feel honoured to have the opportunity to speak to them and tell their stories. I’m never after the breaking news, which I’m sure is evident now. I want to dig deep. I want to find out why our women started doing what they do and why they still do it. It’s easy to applaud success once you’ve made it (whatever that personally means for you) however, I like to applaud the journey it took to get there,” says Phadria Antoinette, Editor In Chief for WOTC.

Related Topics:Peace Hyde
Up Next

Emirates helps shine a spotlight on the issue of human trafficking