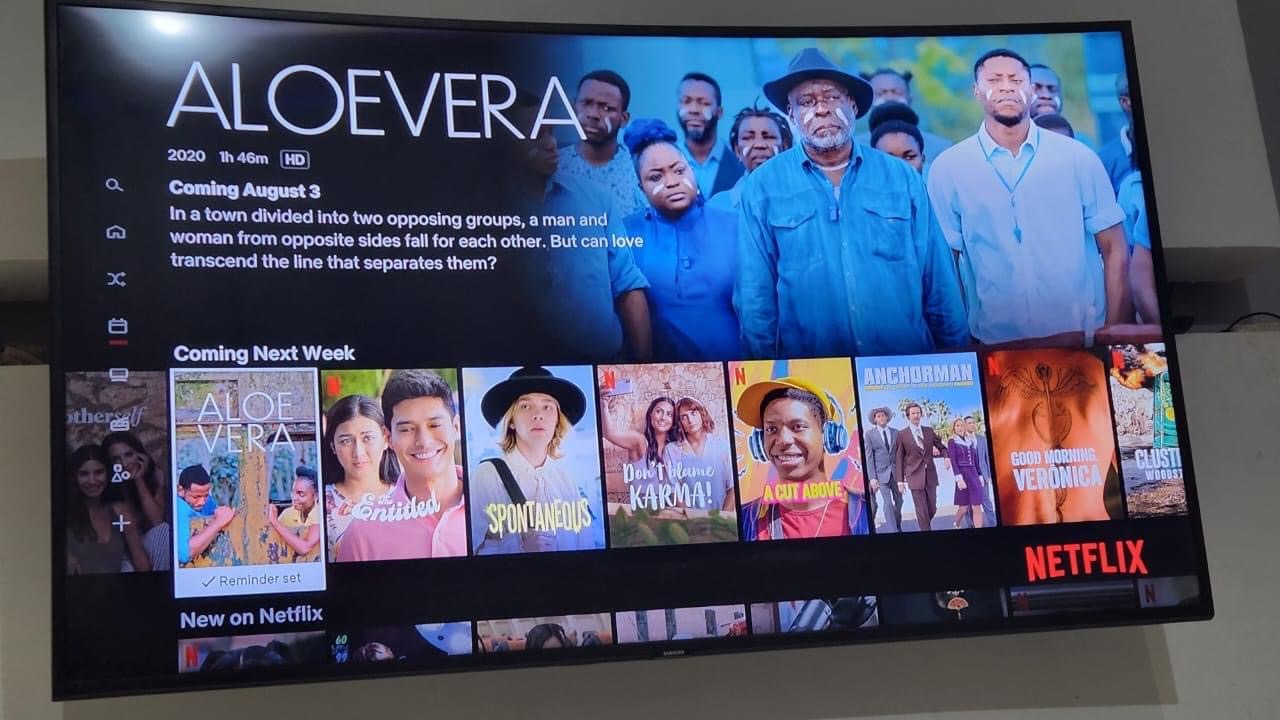 After months of writing to global movie streaming platforms, Ghanaian movie producer, Peter Sedufia has announced that his hit movie ‘ALOE VERA’ will stream on Netflix this August.

When the movie premiered in 2020, it was a sold-out event that had hundreds of movie lovers in the cinemas. At the premiere, Peter promised that the movie will stream on Netflix and after two years, that is happening.

Sedufia invented his own set to shoot a movie, a difficult feat to achieve in this part of the world due to the consistent low budget for productions. But Peter took the bull by the horn regardless of the budget and created a remarkable product that’s about to change the course of production in the country.

After months of promotion and getting fans in their feels towards ALOE VERA with posters, the arrival of the trailer drew movie lovers even closer to it, categorically and emphatically classifying it among the best films to ever come out of Africa.

ALOE VERA created a unique color pattern between two communities living within the same location but separated by a hem initiated by a long-standing historical dispute. The blue color represented the ALOEs while the Yellow represented the VERAs. Hence, during the premiere on March 6th, 2020 at the Silverbird Cinemas at Westhills Mall and Accra Mall, movie lovers who wanted to have the first exclusive peek at the movie turned up in the aforementioned colors.

The sold-out premiere was flooded by fans from all walks of life, giving Silverbird Cinemas no choice but to prolong the premiere time to late into the night in addition to the already proposed time of 5 pm, 7 pm, and 9 pm. Interestingly, there was so much pressure, that most of the cast in the movie hardly got space on the red carpet to take pictures, and fans mobbed them. Every single fan wanted the opportunity to take pictures with either an ALOE or VERA.

ALOE VERA will be showing on Netflix in August, watch it and join the excitement.

Related Topics:Aloe Vera
Up Next

Gyakie to feature Davido on “My Diary” EP dropping Friday

The woman who led the “Me nsa aka ooo” TV commercial 13 years ago to promote MTN’s Mobile Money (MoMo) has been gifted a 2-bedroom house. END_OF_DOCUMENT_TOKEN_TO_BE_REPLACED

It’s difficult to predict where Stonebwoy will be in the coming days, weeks, months, or years. As a musician with a keen interest in pushing his sound to the world and etching his name in the minds of new fans, 2022 has been described as his busiest music year thus far since gaining mainstream recognition in 2012 with Pull Up—seven years after he made his official debut—the musician confirmed this via social media after his last summer show. END_OF_DOCUMENT_TOKEN_TO_BE_REPLACED

Ghanaian actress, Nana Ama McBrown has revealed that there’s absolutely no bad blood between her and her ex boyfriend, rapper, Okyeame Kwame. END_OF_DOCUMENT_TOKEN_TO_BE_REPLACED

Veteran Ghanaian actor, Kofi Adjorlolo has denied claims that he was set to marry the mother of popular Dancehall act, Shatta Wale. END_OF_DOCUMENT_TOKEN_TO_BE_REPLACED